Installing a generator transfer switch on an ITE Pushmatic panel

I have purchased a transfer switch,the Reliance Controls Corporation 31406CRK 30 Amp 6-circuit. The panel in question is a ITE Pushmatic, like the one in the picture except it has two main breakers on top of each rail. I plan on using this on six 115 VAC 15 amp circuits; if I have to I guess I could rewire the circuits I need to one side of the panel but just wondering if there is any technical issue with running the transfer wiring to both sides of the panel. I am no electrician but I do have some understanding of the work involved, and I don't think there are any pitfalls; however I know my limitations and rather ask smarter folks than me. Thanks 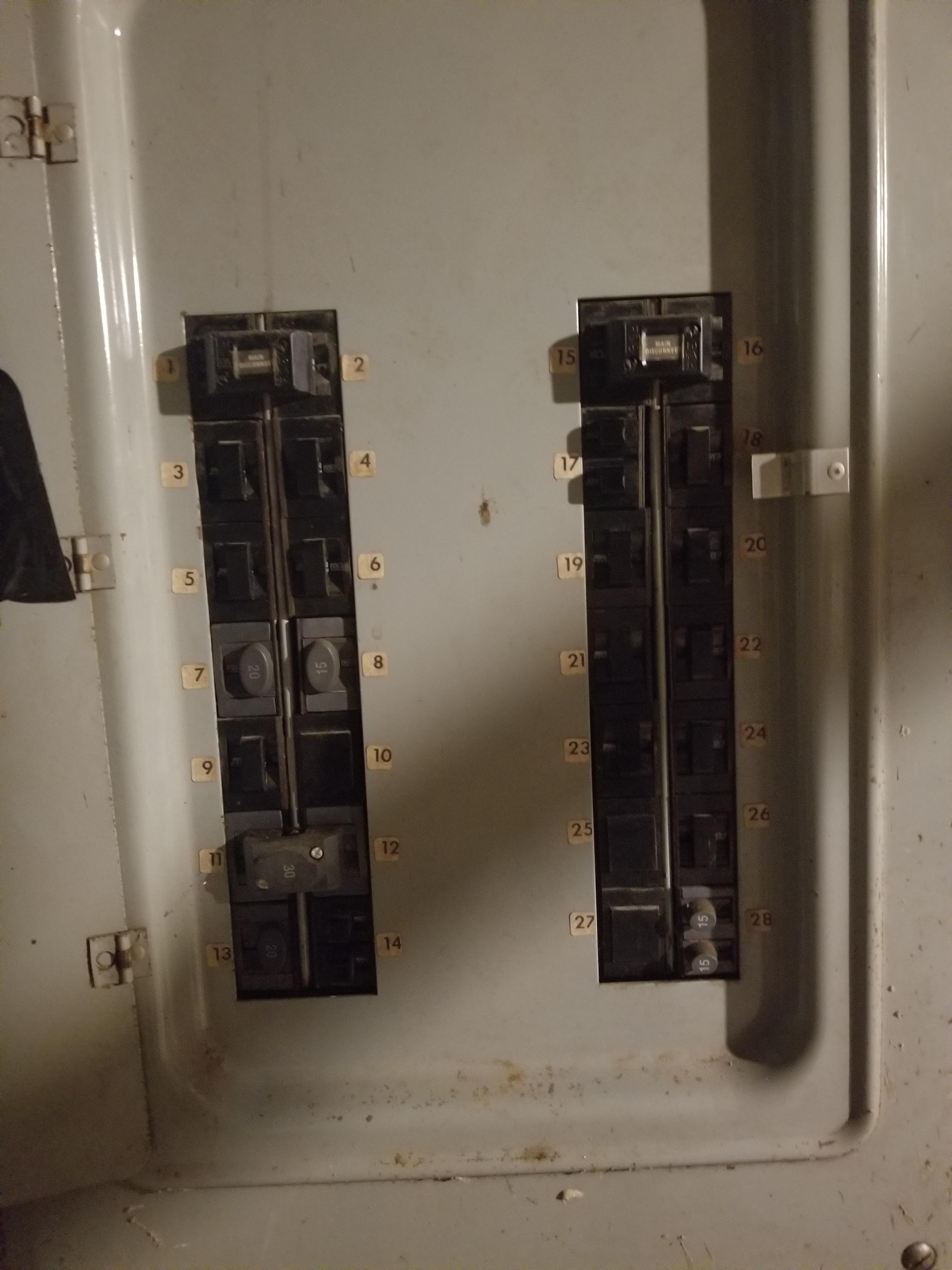 Interesting panel. Ours is very similar but with a BR-style 4-throw 200A breaker above the two 7-row buses. Ours went in in the 1980s, but prior to that the cost of those huge 200A breakers was prohibitive.

It appears your panel has the same 7-row buses, but it simply uses a larger value (e.g. 60A) Pushmatic breaker in the top position, back-fed... giving 1 main breaker per bus.

Having 2 main breakers was legal under the old "Rule of Six".

In point of fact, it's still legal under the rules for 320/400A service; those are simply connected to dual 200A main panels. Think of yours as "That, inside one chassis" (which is also done on many 400A meter-mains).

Doing this as you intend is straightforward.

Much as I loathe those 6-8-10 circuit transfer switches, my top reason is the absurd price. $350-450-550 for something that simple is just insane, especially given how limited they are. But I have to admit when you're dealing with an "obsolete" panel like this, that's kinda the use-case for these things.

That said, I really wish I could get a closer look at this panel's innards. Both for academic curiosity, and because I suspect the internal arrangement is ... highly exploitable. I think an external transfer switch could be wired to throw over one of the two internal buses to generator, giving you 12++ loadable circuits instead of 6. It would be contingent on AHJ approval, but it seems doable.

The way I'd do it would be to have a second main panel right next to it, of modern stock, probably a Siemens 30-space main-lug with their $25 ECSBPK01 interlock in it. I would double-feed the panel off the meter (exactly as done with 400A service).

Or make the Pushmatic the subpanel

Another plan would be to install the new panel as the one main panel (think $120 for the panel + $70 for a gen interlock for that panel)... and then, feed the Pushmatic panel as a subpanel of this panel. That would place every breaker space in the entire house under the generator interlock, meaning absolutely no branch circuit rewiring is necessary; just the service wires from meter to new-main, and the feeder wires from new-main to Pushmatic.

In fact, this could be an outside panel, which would satisfy NEC 2020 requirements for outside interlocks... or even a meter-main, which would require almost no wires run at all.

Well, you'd have to run the cable to the generator inlet in any case.

Not the answer you're looking for? Browse other questions tagged wiring electrical-panel generator transfer-switch or ask your own question.