I bought a house in Massachusetts (USA) that was built around 2009. It has a generator with a service rated automatic transfer switch (ATS) connected to a main panel that is set up as a main panel (NOT a sub panel). I don't know if the generator was there from the start, or added later.

Everything I have read seems to indicate that my main panel should be set up as a sub panel with neutrals and grounds separated, green neutral bond screw removed, and the GEC + all bonding should take place in the ATS panel. None of this is currently the case.

I'm wondering if this is or ever was code compliant? I have an inquiry out to my town's electrical inspector. I was hoping to also get feedback from the great minds of the internet!

Note that my grounding electrode is my copper water pipe and there are no ground rods by the service entrance. My meter is up at the street ~200 feet away from the house. The meter has ground rods, bonds ground and neutral, and has a 200 amp breaker in it. Three wires run to my house (2 hot 1 neutral) in underground PVC conduit. My inspector confirmed that everything in this paragraph was inspected and met code when inspected in 2009.

Here is a diagram that I made of the current configuration of the ATS + main panel: 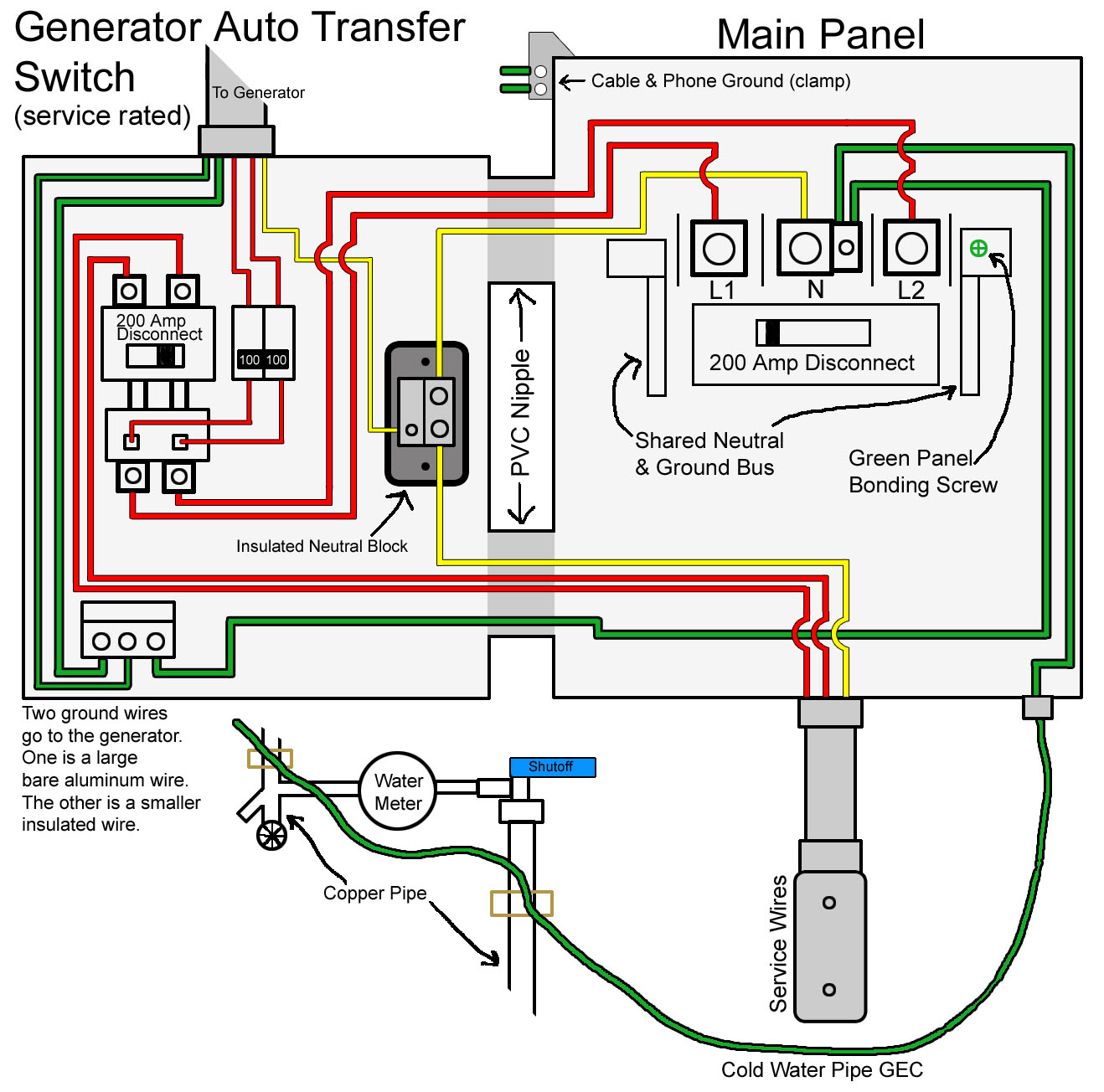 Update 1/20/22: Here is a photo of the ATS labeling on the door as requested by @ThreePhaseEel: 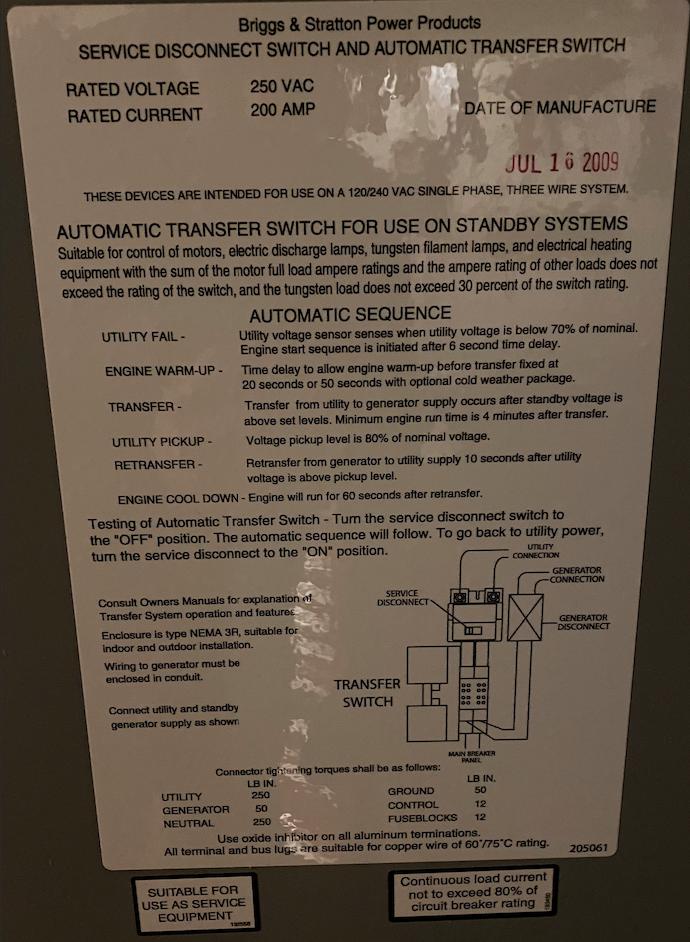 Your jurisdiction had not adopted the 2008 NEC when this installation was made, presuming that your service disconnecting means is located within the pedestal at the property line

What you have, provided that your utility agrees that the meter pedestal/post/rack at your property line is indeed your service equipment, is the "service dip" (underground service from overhead distribution) version of a rural "maypole" configuration, where a single metering point is designated on the property, and service entrances or feeders are run from there to the various outbuildings present. Given that you have a disconnecting means at your metering point and that this is recent construction, the wiring from it to your house is a feeder in all likelihood.

With that out of the way, were this to be built today, said feeder would be required by the NEC to have a separate equipment grounding conductor pulled with it, with the neutrals and grounds at the house's panel separated and the neutral bonding screw in that panel removed. However, in 2009, there's a chance that your jurisdiction had not yet adopted the 2008 NEC, which is the edition that deprecated grounding outbuilding feeders via the neutral, relegating it to an exception exclusive to existing installations. So, this could very well have been to local/state Code at the time it was inspected, although it would not have been to Code any longer after the AHJ's next adoption cycle took place.

That said, it's unclear in your configuration precisely where the bonding means for the building should go. Converting this to current Code, however, is not recommended, because it creates a single-point dependency on the integrity of the neutral-ground bond at the remote service equipment, and bonding the neutral of a stationary generator is not compatible with the transfer switches typically used in light-duty applications like yours. In particular, if your feeder was completely severed, resulting in a transfer to generator power, then since your generator's neutral is (and must be) floating, with a four-wire feeder from the pole to the house, there would be no neutral-ground bond in the system at that point, leading to a shock risk.

Not the answer you're looking for? Browse other questions tagged electrical wiring electrical-panel generator transfer-switch or ask your own question.