Why hot without neutral going downstream

I have an outlet for the air conditioner, not GFCI. I purchased a GFCI outlet (Leiviton GFWT2) to replace it (the outlet was old, with marks and painting). Upon opening, to my surprise, there are two hots and no neutral. The neutral is connected to ground with a short wire, to make the outlet work. It has been working like that for years.

I researched about these two hots. One is hot from a (most likely) dedicated breaker labeled "AC", but was not used (!). Turning on the "AC" breaker, brings power to that hot end. No other outlet in the whole apartment is affected by this "AC" breaker, only this hot end (and it was off all this time). The other one is also hot but coming from another circuit breaker labeled "Living Outlets". This "Living Outlets" hot end was the one installed in this AC receptacle (and neutral connected to ground as I said previously).

Picture of box (sorry you don't see much, but I assure you there is only one conduit arriving, with two red wires; I added label so I know from which circuit is each wire): 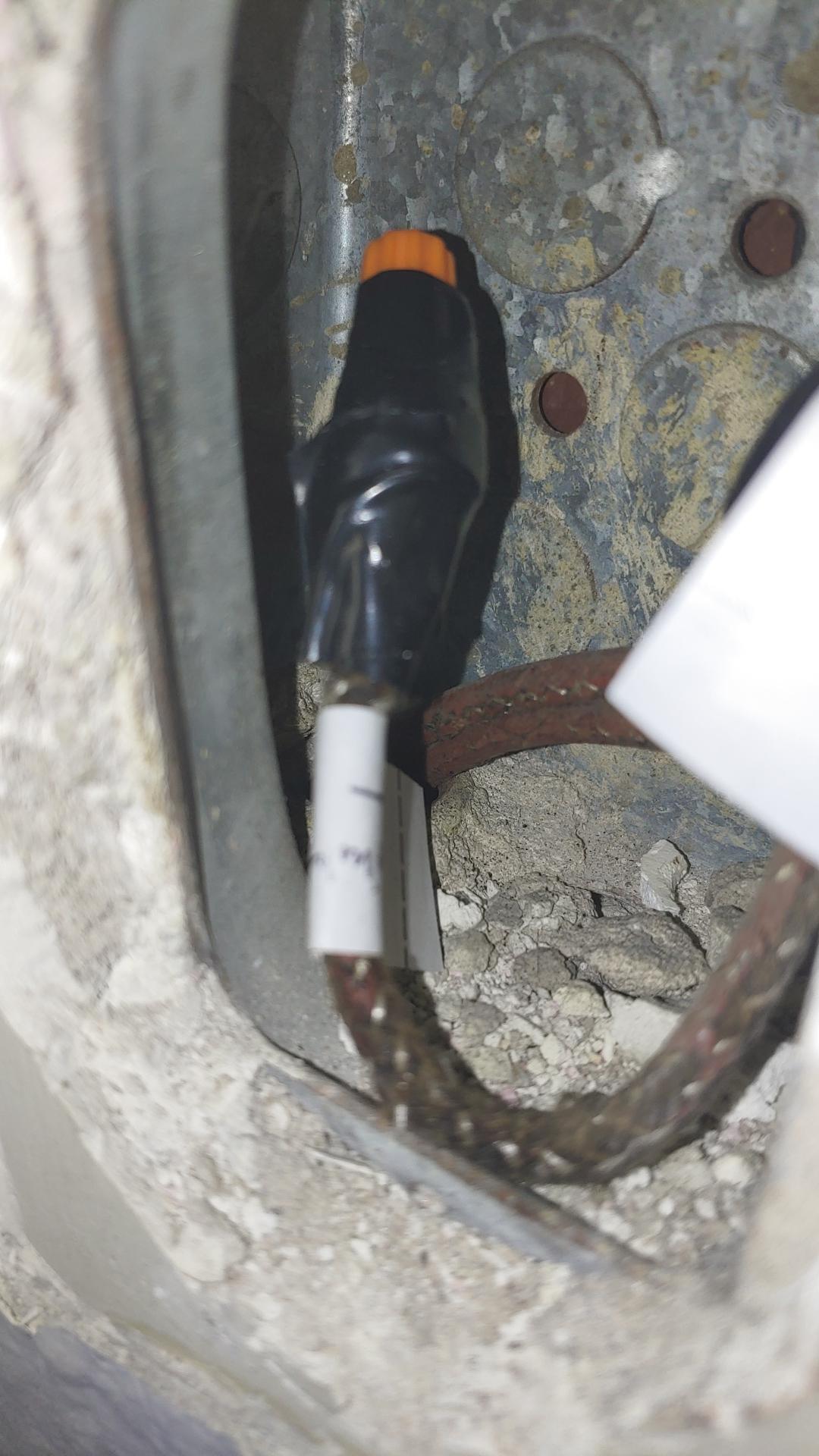 Picture of the outlet, neutral side (you see the wire connecting it to ground): 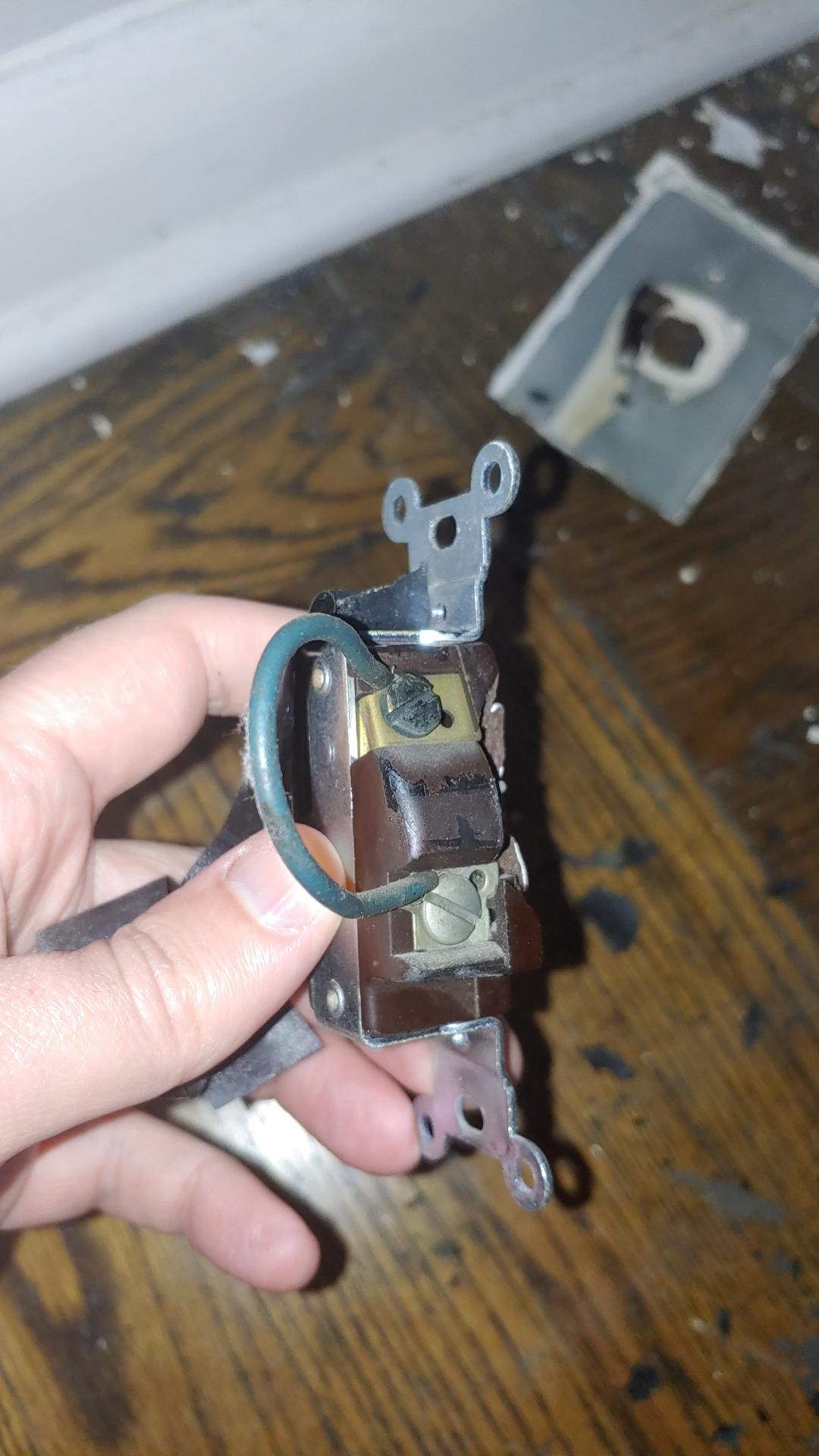 electrical receptacle gfci
Share
Improve this question
edited May 14 at 0:20
igorjrr
asked May 13 at 22:58

It sounds like at one time this was a 240v circuit but it’s not now and you need a proper neutral.

Get some white or gray paint, or tape and coat both ends of the old cloth braid. In the panel move the wire from the breaker to the ground buss (if a newer panel and the grounds and neutrals are separated to the white or grounded buss).

Connect the receptacle green screw to the box with a jumper wire or if self grounding receptacle the screw and box contact is all that is required.

These changes will make it much safer than using the conduit for a return path.

8
Are non-GFCI outlets that are downstream of a GFCI outlet ground fault protected if they are fed from the GFCI outlet's load side?
1
Will GFCI outlet protect downstream outlets with ground connected to neutral?
5
Why would a 120v circuit work without a neutral?
0
One outlet, two hots, one neutral, no power to the other outlets
0
240 v 15 amp instant hot water heater no neutral
1
Continuity on hot/neutral at dead outlet
1
Adding 2 X GFCIs to protect Switched and Unswitched Hot sharing same Neutral and Ground
3
Why don't downstream outlets work after replacing a GFCI outlet?
1
Converting electric receptacle with one hot and two neutral wires to GFCI
4
How can I wire this switched GFCI combo outlet with two neutrals and two hot wires?