I currently have a switched and un-switched hot running underground in conduit sharing the same neutral and ground. Its important to note that they are both on the same circuit. Basically I have 4 wires (switched Hot, UnSwitched Hot, 1x Neutral, and 1 Ground). The Switched Hot powers 3 Lamps in my back yard and the unswitched hot powers a series of outlets in a shed.

Currently the circuit is not protected by GFCI. I have access to a junction box before the conduit goes underground. Can I effectively install 2X GFCI switches and tie the Switched and Un-Switched Hots to their respective GFCI as normal and tie the two outlets in series with the same neutral.

Im wondering if this setup may confuse the GFCIs since the 1X neutral will carry the current back from both Switched and un-switched hots in the event that both are drawing power at the same time.

That is correct, the shared neutral will confuse the GFCIs.

Anyway that is a waste of a GFCI. You should site a single GFCI device before the switch, ideally right at or after the service panel.

Thank You both...As suggested I traced the circuit to the first switch witch was the one that controlled the light fixture in the dining room. I went ahead and cut out the single gang outlet and fitted a two-Gang box and spliced in the GFCI and voila both switched and un-switched lines are now protected with 1 GFCI.

Sorry about the first picture being on its side. 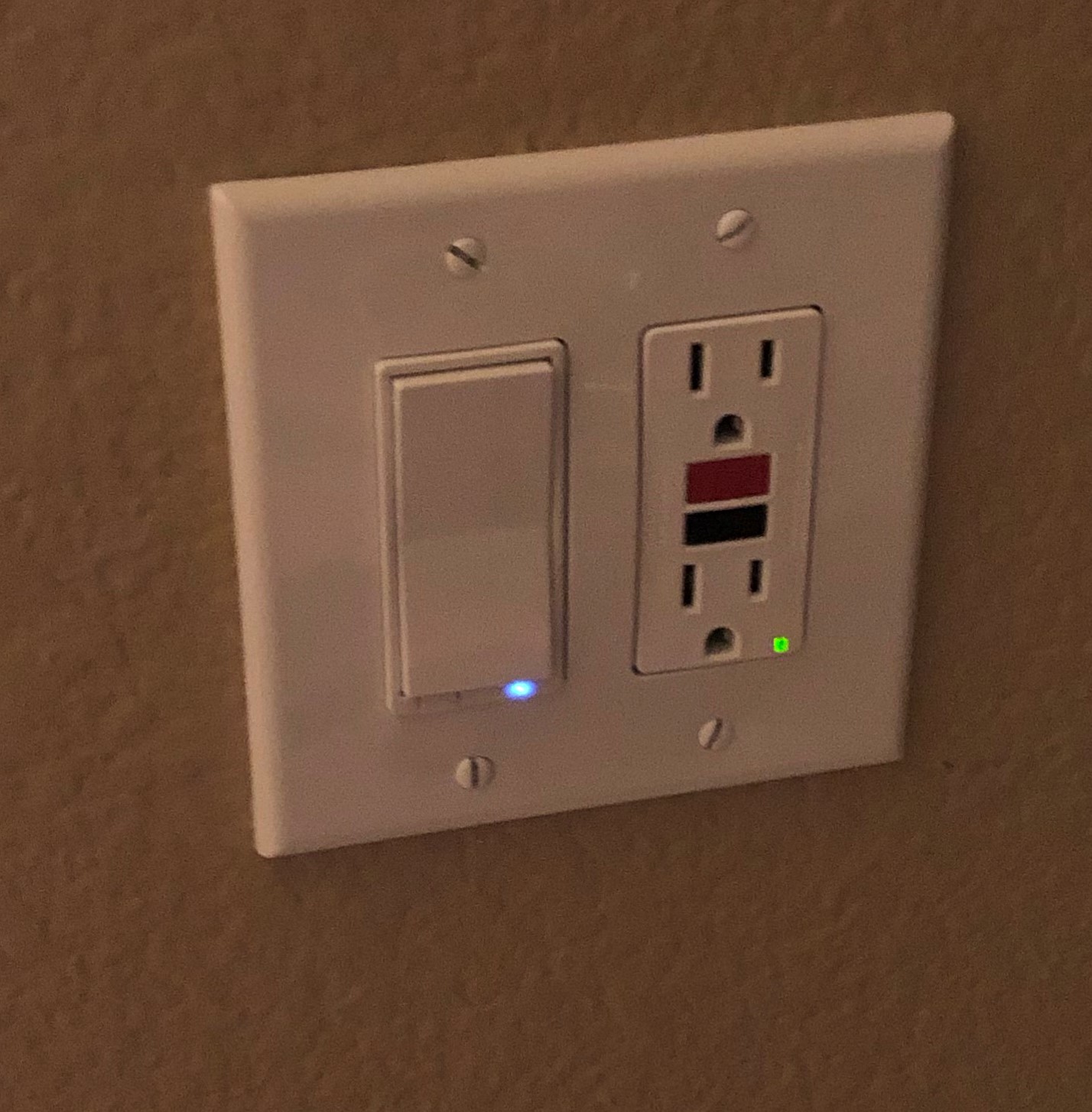 The neutral current must exactly equal the phase current on any GFCI (within a margin of error), or it will trip.

They will be seeing only one load's current on the phase, but both on the neutral, making it unequal.

Your options pretty much all require fitting the GFCI before the circuit splits at the first switch.

7
Is it okay to run a switched and unswitched hot on the same neutral?
4
Are 2 prong outlets that are downstream of a GFCI outlet ground fault protected?
2
Hot Tub Disconnect Box 220V with a neutral and ground/No neutral in main panel
1
Will GFCI outlet protect downstream outlets with ground connected to neutral?
0
Multiple GFCI with two hot wires and shared neutral
0
Hot and Neutral on Same Circuit Breaker
1
Two breakers sharing same neutral?
4
How can I wire this switched GFCI combo outlet with two neutrals and two hot wires?
0
GFCI Receptacle Circuit Test Differences with Klein RT310