I'm trying to replace my washing machine receptacle with a GFCI one. The home was build in the early 70's and there is no ground wire.

The receptacle had two neutral wires and one hot wire. I found the breaker shut it down, but then when I was working on the outlet I got zapped. It appears that the two neutral wires are on different circuits. I went and turned off some other breakers until all everything was dead (used a tester this time). I took my multimeter and found this 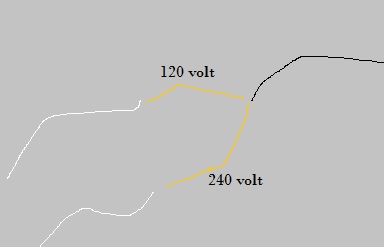 Connecting one neutral and hot (with the breaker back on) reads 120 volts. Connecting the other neutral to the hot reads 240 volts. We're having our electrical service updated in about a year and some new circuits added for a shop upgrade and I think this will get addressed then if needed, but I'd still like to get the outlet working so I can use the washing machine.

Do I just pigtail the two neutrals together and use the line part of the GFCI?

Thanks for everyone's help. This site is awesome.

Here's a picture of the box. 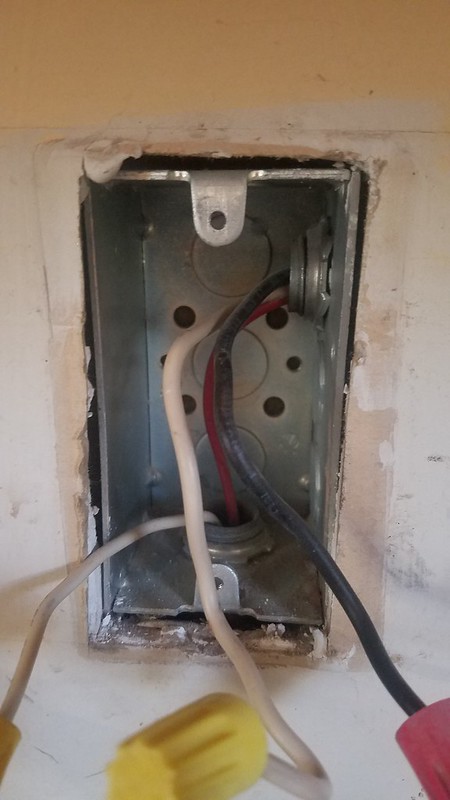 You have a multi-wire branch circuit, which is where two line wires (your red and black wires, on opposite legs of your service) are allowed to share a single neutral (white) wire.

The wires that come out of the upper-right conduit should go to your panel; the conduit on the bottom hole should continue on to some other load.

You should measure 120V across the black and white wires that come out of the upper-right conduit. If there is no load at all completing the other circuit, you’d see no voltage between the black wire and the white wire from the bottom conduit. But if there is some load on the other side, you’ll see 240V.

Two things you should fix:

Then connect the white pigtail and the black wire to the “line” side of your new GFCI receptacle. Don’t connect anything to its “load” side.