One outlet, two hots, one neutral, no power to the other outlets

Here it is my scenario: All 120V outlets. Several outlets and I don't know how they are wired between them. Everything was working, but I decided to replace one outlet that was too old. This outlet was an old 2 prong outlet. I opened this old 2 prong outlet, there were three wires connected to it. After disconnecting the wires, used a voltage tester. Two are hot and one is neutral. Used a multimeter, and confirmed it reads 120V between each hot and neutral. There is no voltage between the two hots. Strange that one hot is painted the same color as the neutral (white) while the other hot is red. See picture, cables coming out in this order: hot white, hot red, neutral white. I decided to simply put everything back in the same old 2 prong outlet just to simulate same installation. Installed the two hots on the same side and the neutral on the other side. I see that this old 2 prong outlet has no tabs separating the top and bottom outlets, that is, the two hots are now together. Unfortunately I did not take a picture of the original installation, but I guess there is no other way to install it, otherwise one of the hots would be connected to a neutral which is wrong.

The problem: This outlet is working as it was before, however all other outlets in the apartment are not working. The outlet box does not show any other wire that could have disconnected when I opened, everything looks good inside.

Any idea what caused the other outlets to stop working even though this one is working as before? 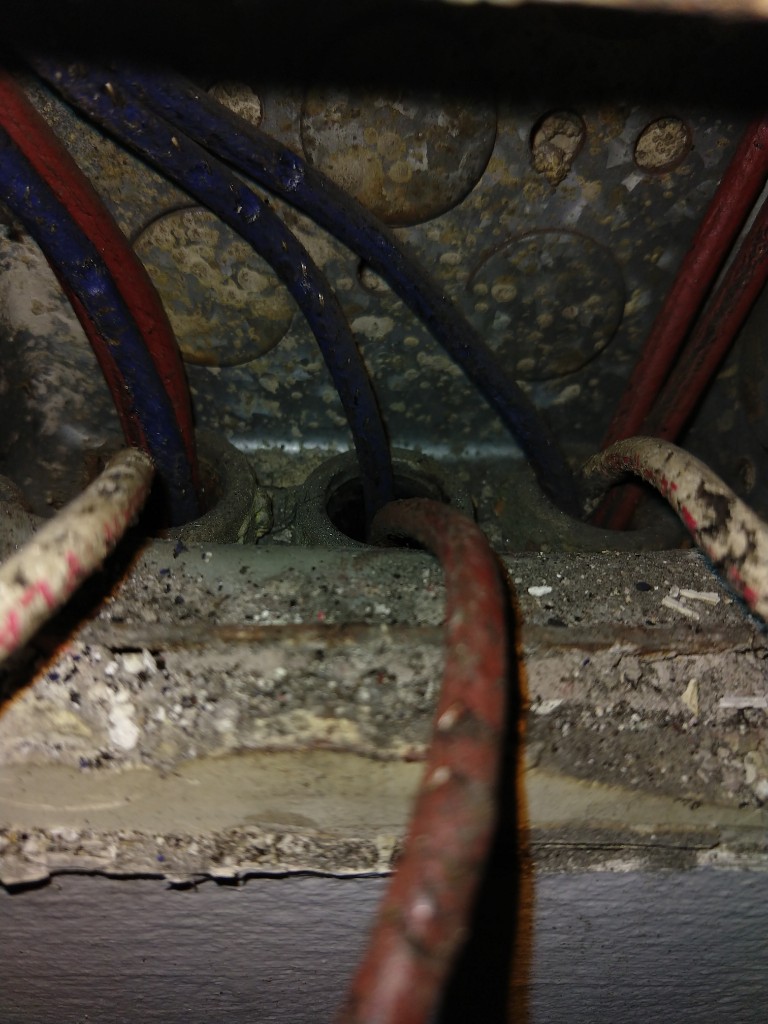 Here is the probable answer: the “hot” white wire isn’t. It’s the neutral from your downstream outlets. It looks hot because you have something plugged in that is conducting voltage from its hot wire. If you unplug (or completely turn off) everything plugged into the non-working outlets, it should no longer appear hot.

Try connecting the two white wires together on the neutral side of the outlet.

In the future, always label wires before disconnecting if anything looks at all funny.

Not the answer you're looking for? Browse other questions tagged receptacle wire or ask your own question.

7
Getting shocked by a neutral wire