How to remove this galvenized pipe?

I'm attempting to replace the pipes between the bathroom sink ptrap till the end of the pipe that leads to the basement as you can see depicted in the photo. I was able to remove the ptrap as well as the 3 galvanized couplers that it led to. This was all done via vice grips and brute force.

I've reached a point where I couldn't remove the elbow, nor the pipe that connects to the pipe that is protruding the basement. Because the toilet is in the way I can't get enough torque with vice grips so I purchased 2 pipe wrenches and WD40, but the pipe standing vertically and the elbow will not budge at all. The coupler marked with an X was removed already so that can be disregarded.

I guess my question is how to remove the elbow and the pipe connecting to the pipe in the basement? Do I have to remove the toilet or is there an alternative option? Ultimately I was looking to reuse the pipe leading from the basement and connect a galvanized to pvc coupling. 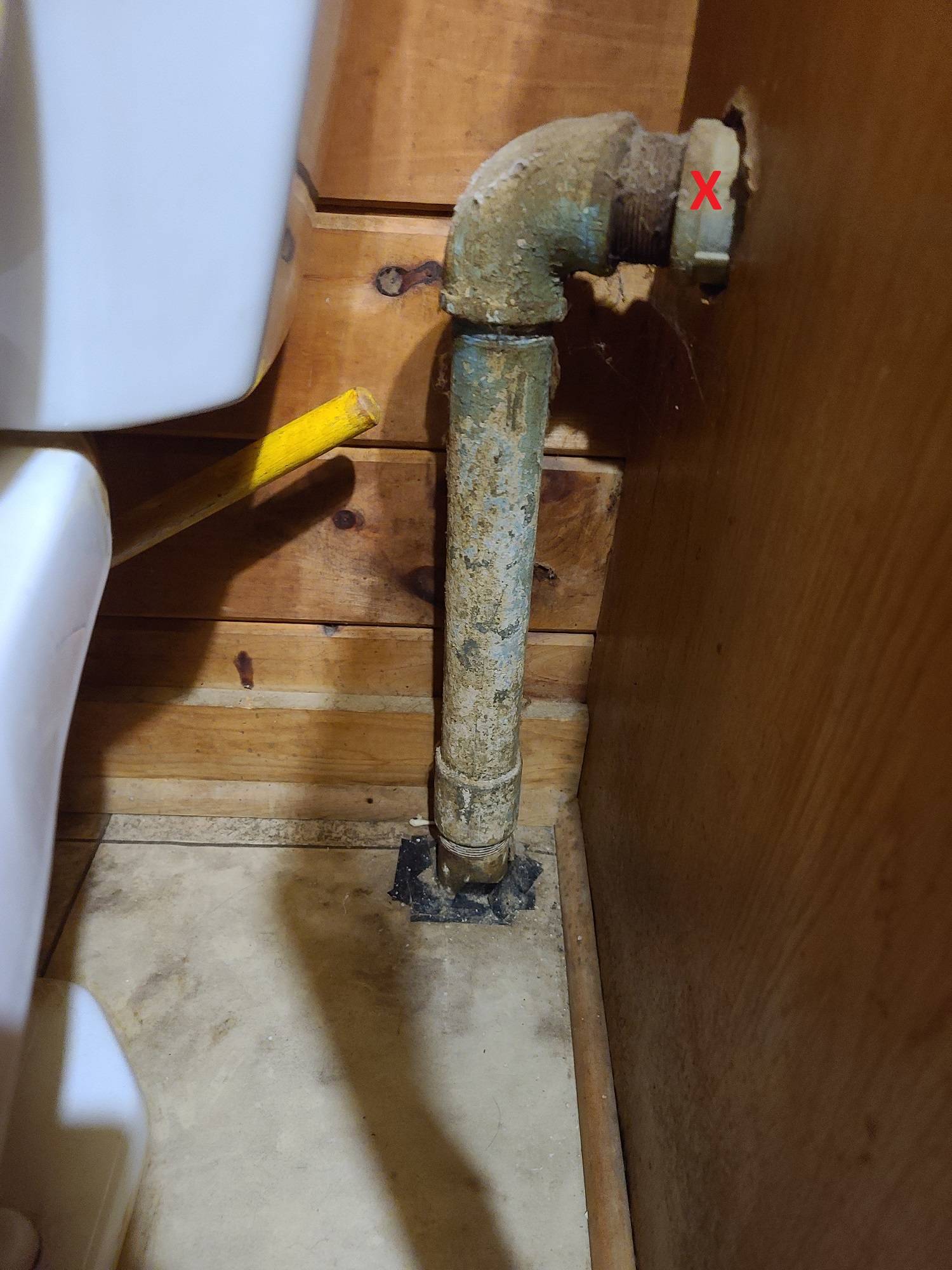 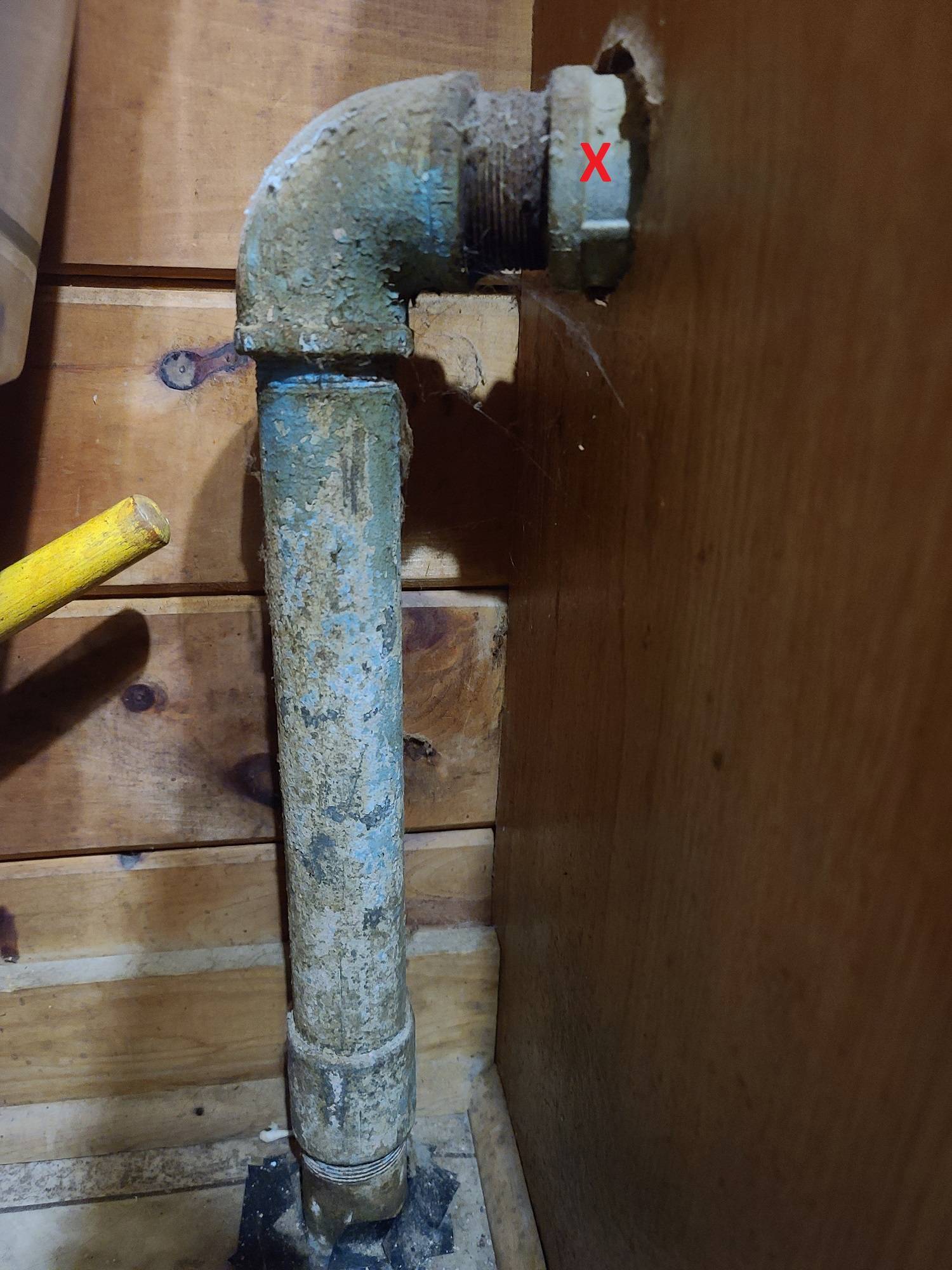 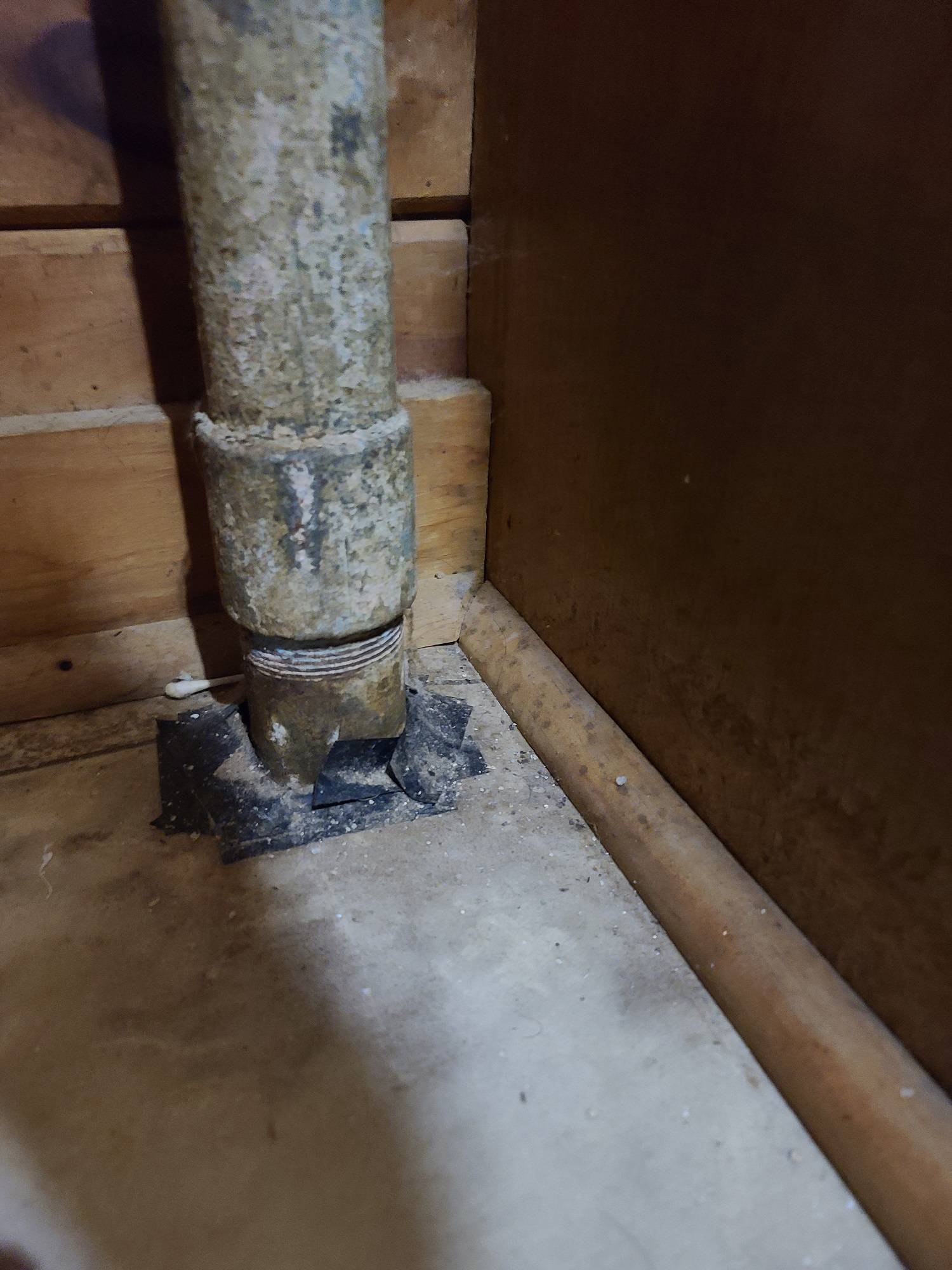 Considering the age of the pipe and the odds of it being so rusted inside as to be nearly useless, I would consider now a good time to improve the drain! I would first look at what I had to cut the pipe, rather than try to fight it loose! One easy step is to grind it off if no other metal cutting tools are available. Then I would start building back with materials meant for drains. Cast iron was once common but newer builds will be plastic of various types which do not rust and clog so easily. This drain is a real bear to deal with. When you have a bear trapped in the cabin, it is often best to just shoot it!

2
How can I rebuild/repair/replace this garden faucet
5
Should second trap under kitchen sink S-trap be there?
4
Plumbing alteration has created vacuum in upstairs toilets
2
How can I fix this toilet flange?
4
Could this pipe be part of a french drain or something else related to a sump?
4
Can I install a toilet flange in a shortened (sawed off) elbow fitting?
2
Right way to disassemble radiator piping?
1
How to loosen nut without damaging toilet shutoff
2
How to remove this PVC to cast iron adapter?
2
Unable to remove push-pull stopper from tub drain