How to remove this PVC to cast iron adapter?

I need to remove the existing PVC to cast iron adapter in the main waste outlet of my basement. Another PVC fitting will be added in place.

This is a 4" cast iron with a rubber ring that seals between the PCV and the iron.

I had imagined that this was a straight pipe passing through a rubber "donut" but after what I've tried so far, I'm not sure. It feels like something solid is preventing it from pulling out.

I could cut the PVC apart as I don't need to reuse it. But I don't want to damage anything inadvertently (especially the cast iron) and would rather do it right if that is possible. 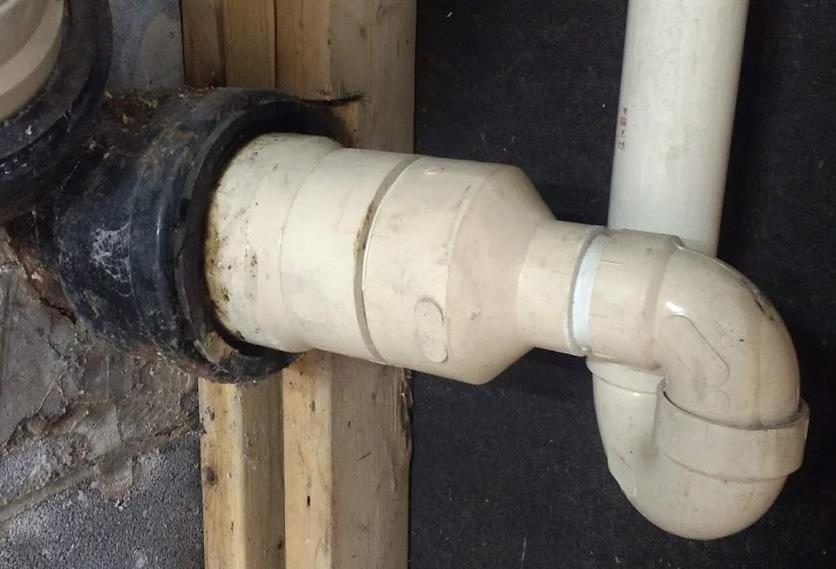 If it's all one piece I'm inclined to believe you have a donut and coupling similar to the ones below installed in you cast iron pipe. 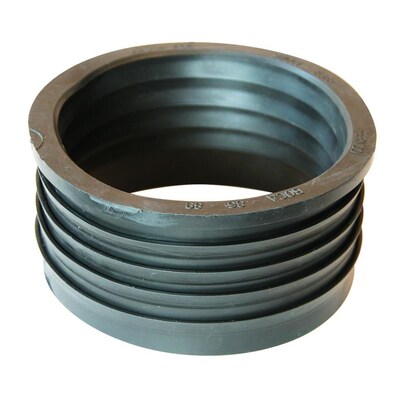 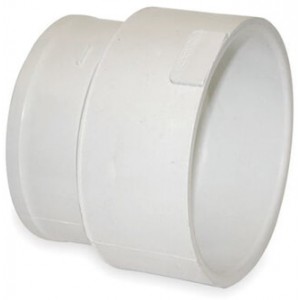 I have only used these one time, but I had to hammer the piece of PVC into to rubber donut because it fit so tight. Some PVC fittings have a lip at the tip, like the one below, that would make it harder to remove once it was installed. I think you're going to have to work it out, pulling and twisting, using a lot of elbow grease.

It ended up that I decided to cut the fitting apart. Nothing I tried could budge it outwards at all, though as noted it would wiggle around in other directions; so this started to convince me there was a "connection" inside more than just friction.

I cut the PCV with a demo saw in 2 places and then broke it out with a screwdriver & pliers. It did indeed have a lip which extended in beyond the rubber gasket. This photo shows a similar type of lip: 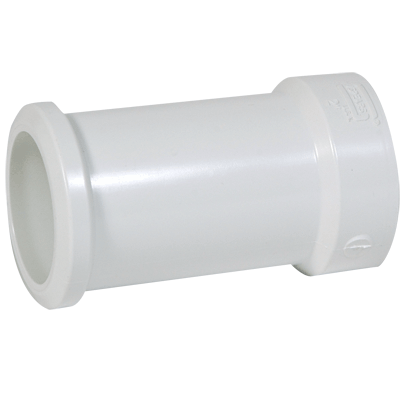 I didn't get a pic of the actual fitting because I didn't want to take out my camera in such unclean conditions at that point.

In conclusion I am not sure what the "right" way to remove this would have been (without cutting it). Maybe there is no way because the rubber's friction to the metal far exceeded anything I could use to pull on the rubber. Probably a plumber would know the right technique! But, because DIY.

Edit: In hindsight I realized I never tried heating up the PVC. I bet that would have done it. An electric heat gun can get PVC to become "floppy" and I'd done this in other circumstances.

18
How do I replace this cast iron toilet flange?
2
How can I repair a cinder block wall around a sewer line?
2
Pros and cons of coupling vs. threaded when transitioning from copper to PVC
2
What can replace this PVC toilet flange in iron pipe?
0
Cast iron drain pipe replacement
2
What PVC fitting can I use to replace this cast-iron wye?
2
What material is my waste stack made of, and what can I do with it?
2
How can I convert this cast-iron cleanout to a proper air-gapped drain?
0
Connecting PVC to a 4.5 inch ID cast iron hub
5
How to connect pvc to cast iron pipe that broke off right beneath concrete slab?