Should second trap under kitchen sink S-trap be there?

My kitchen sink drains through an S-trap immediately below the sink to another trap (a P? a U?) in the basement below. The drain pipe then runs along the wall till it meets the main drain pipe shortly before it leaves the house.

Because this second trap is cast iron, I can't see any way to remove it and take it out. The sink has been draining poorly, and snaking the line seems to help for a bit, but I can't but think there's some real build-up in this trap.

I am also concerned because I have never seen any such double-trap arrangement elsewhere.

The trap in question: 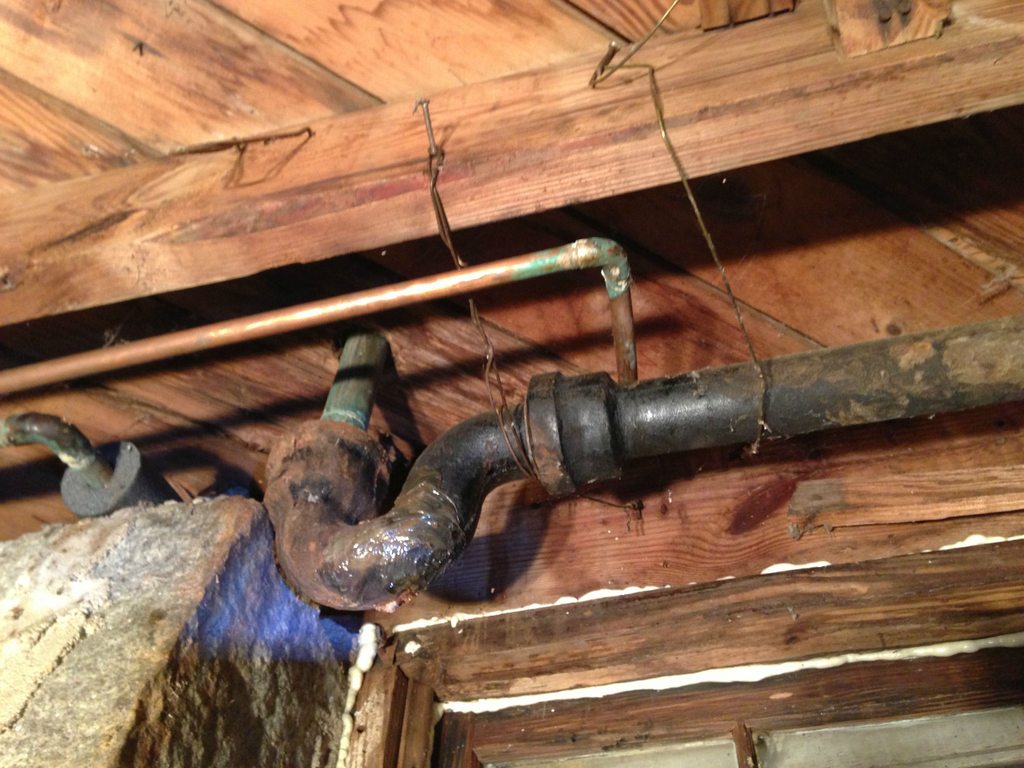 For images of the whole assembly, see this Imgur album.

After: I used this as an excuse to get a sawzall and used it with a carbide-tipped cast-iron cutting blade to saw through the cast iron pipe to the right of where it flared to join with the trap.

I removed the Fernco coupler that tied the PVC under the sink to the cast iron? lead? drain pipe that ran to the trap and pulled the whole assembly out. It turned out they'd run the smaller O.D. threaded 1-1/2" PVC down well inside the metal pipe; the PVC actually ended slightly in the basement.

I replaced the trap assembly with two lengths of Schedule 40 PVC and a 90-degree PVC elbow. A new 1-1/2" to 2" Fernco coupler joined the PVC to the existing cast iron drain pipe. I reused the old Fernco coupler to join the smaller sink PVC to the larger PVC I purchased; the smaller pipe is slightly inserted in the larger, but an inch rather than a foot. (They were both labeled 1-1/2" PVC. Go figure.)

The end result is a sink that drains fabulously and no leaks, and a sawzall I get to keep, for much less than it would have cost to hire a plumber just to snake the line, nevermind replacing the trap with an elbow. Yay DIY! 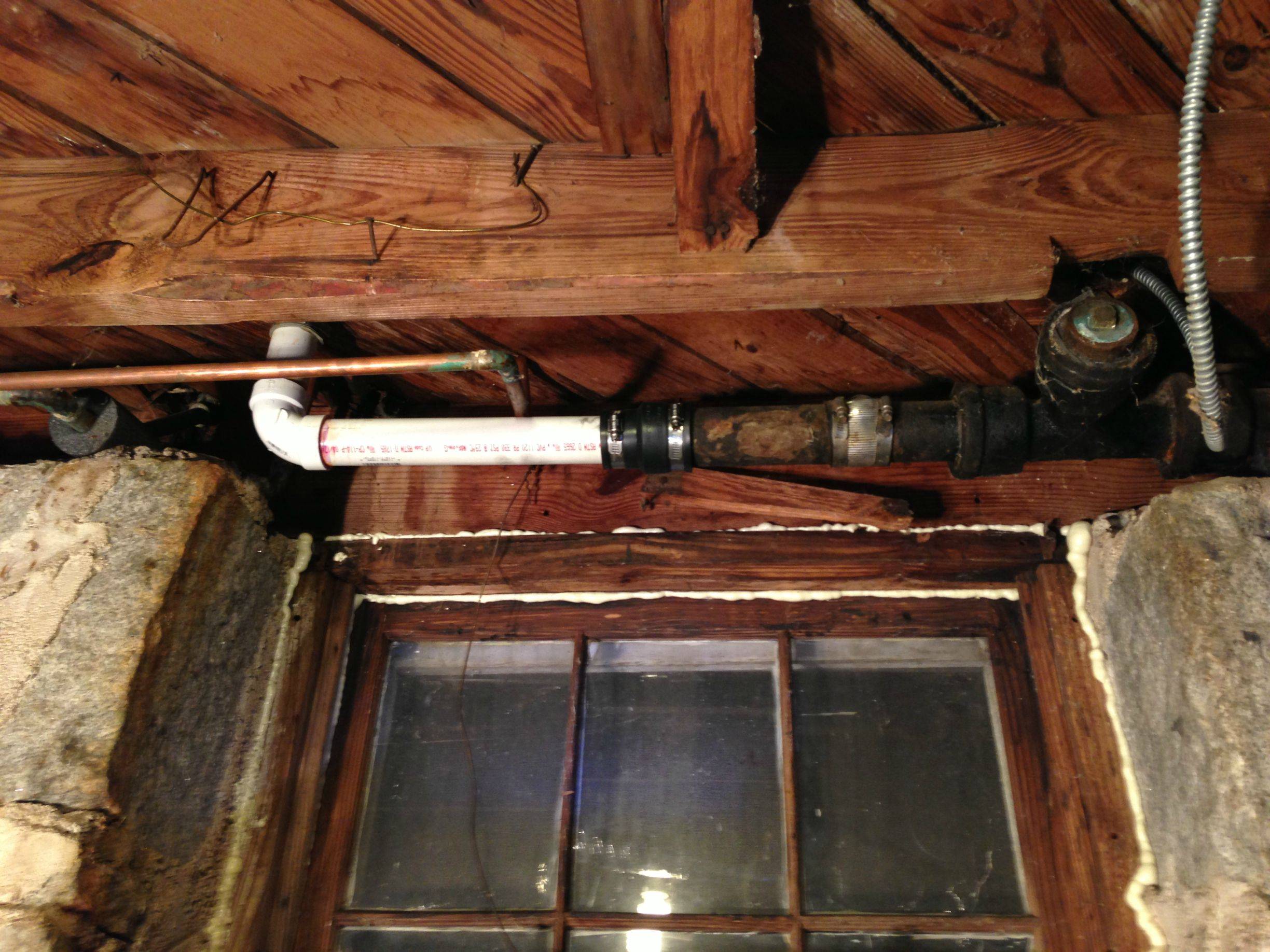 No, there should not ever be two traps on a single drain line.

The point of the trap is to create a water barrier which prevents sewer gasses from coming up the empty pipe and into the house.

When you have two traps on the same line, you end up creating a kind of vapor block in the line which prevents it from draining properly.

What do you do?

Get yourself some 1 1/2" PVC (not CPVC, which is yellow, PVC which is white) with a 90 deg elbow, and also get two Fernco couplings (black plastic couplings with straps on each end that can be tightened) that will fit the pvc and iron drain pipe.

Use a metal blade on a sawz-all and cut out the p-trap in your basement. (Have a bucket handy!) Leave room to connect the Fernco coupling on both sides. I'd cut the right hand side out just past the coupling.

Measure and cut the PVC so that with the 90 elbow the ends line up with the newly cut drain lines. Glue the PVC together and confirm the fit, then connect to the old drains with the Fernco.

Viola - a proper drain line that will drain smoothly w/ no vapor lock.

5
Should a kitchen sink S-trap be replaced?
2
Can you have a 90 degree elbow going upward on drain line?

2
How can I replace cast iron sewer drain that goes through the basement wall?
5
How can I vent a bathtub trap when the drain is routed under the tub?
3
What is this flexible hose under my bathroom sink for?
1
Help with drain and vent configuration
2
What material is my waste stack made of, and what can I do with it?
2
Appropriate under sink coupling
1
How to fix drain pipe threads