Trying to wire a Fibaro dimmer into this light switch but not having much luck. There appears to be 2 permanent lives coming into the COM port and the presumed switched live out of L1 port. I can't find anything on Internet for why 2 permanent lives should be there. I can't wire both these lives into L terminal of the dimmer as it can't fit 2 cables. This is not a two way switch- it's just one switch for 3 lights. Thanks Andy 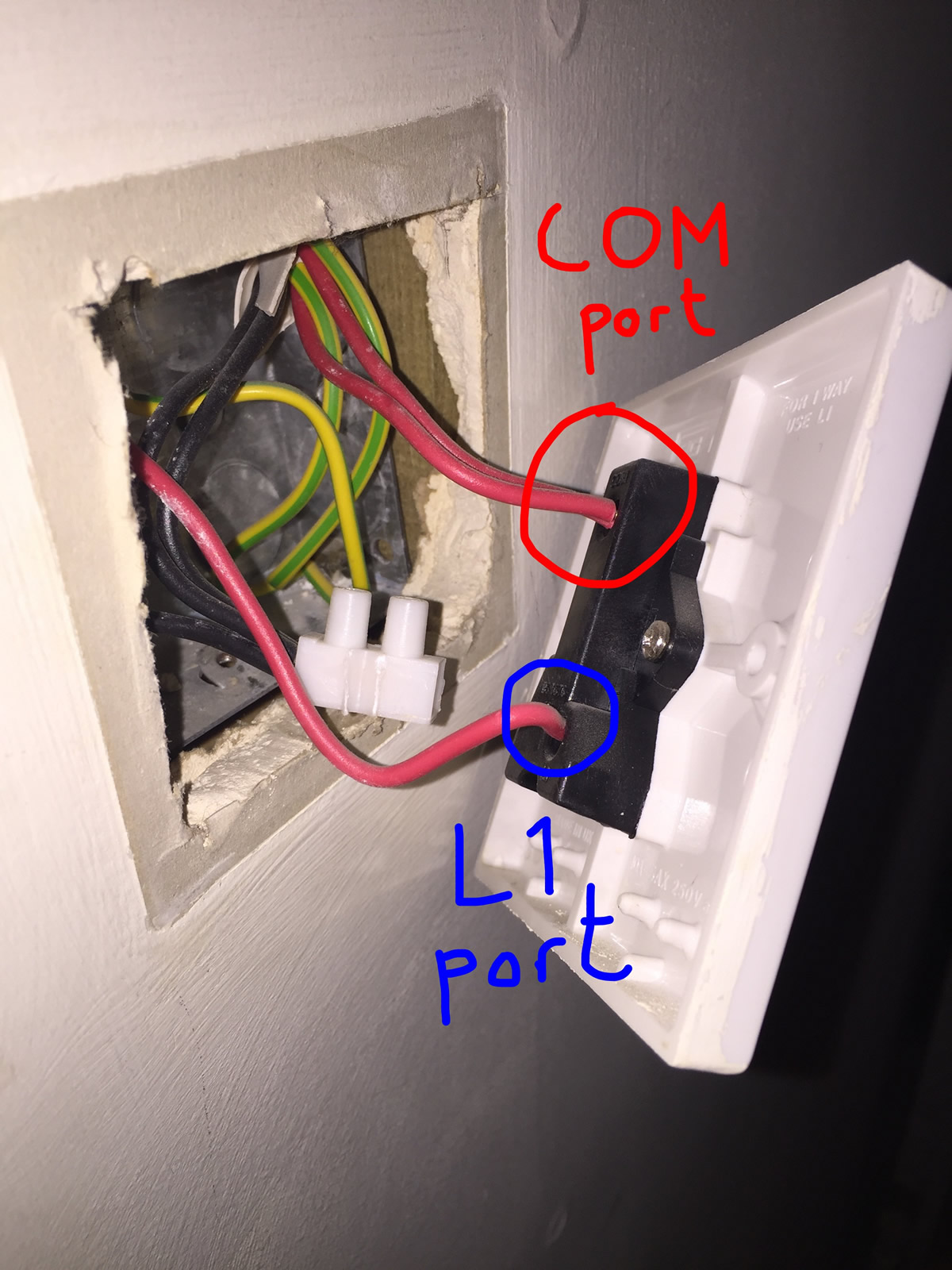 Use a 3-way wire connector of the type customary in your area to attach a pigtail (short piece of wire of the same gauge as the rest) to the two existing hot (live) wires, and then hook the pigtail up to the dimmer's common input.

Michael Karas' explanation is the most likely one, by the way -- it looks like whoever installed this switch was being a bit hackish or didn't have the extra wire connector and pigtail at hand, so they simply twisted the two wires together and stuffed them into the backstab common terminal on the switch.

1
How do I replace a strip light with wiring that doesn't match the old light?
2
How do wire this 2-gang dimmer switch?
0
Replacing a dimmer switch with normal light switch (picture)
1
Need help wiring new dimmer
0
Only 1 live wire instead of 2 for my light switch: is it normal? (Replacing Light Switch with Smart Switch: )
2
Replacing standard light switch with dimmer
1
How to check which wire is switched live?
2
Installing sensor dimmer to replace bathroom light switch beside fan switch
1
How should I connect wiring for this ceiling light?
1
Rewire switch controlled outlet to ceiling light