How do wire this 2-gang dimmer switch?

I'm trying to fit a dimmer switch in my living room. I have two pendent lights controlled by a single wall socket with two switches one for each light. My property is a new build and in the UK.

So much for thinking this would be as easy as unwiring the wires and wiring them into the same places on the new dimmer switch!

My current standard wall socket is wired like so: 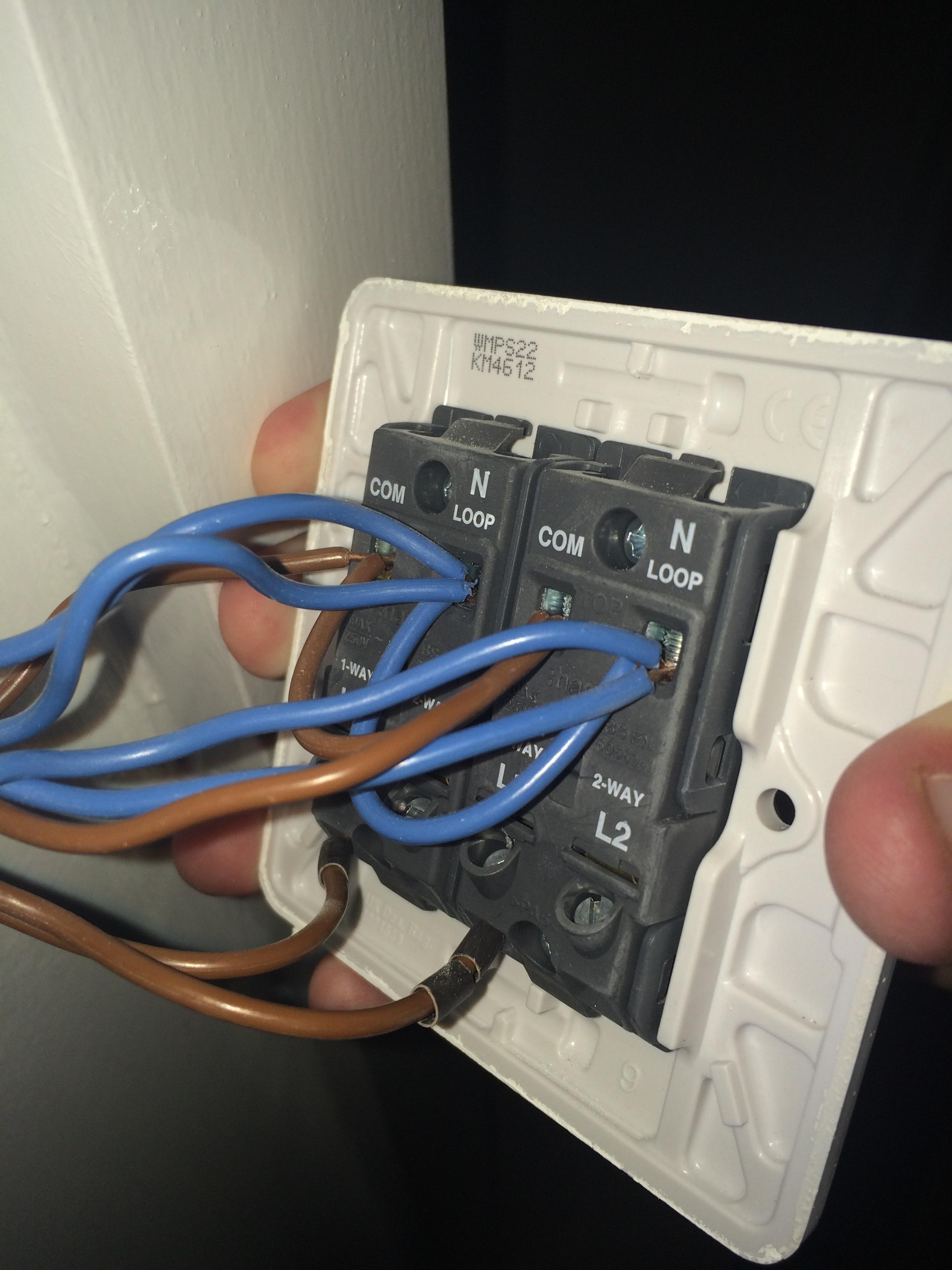 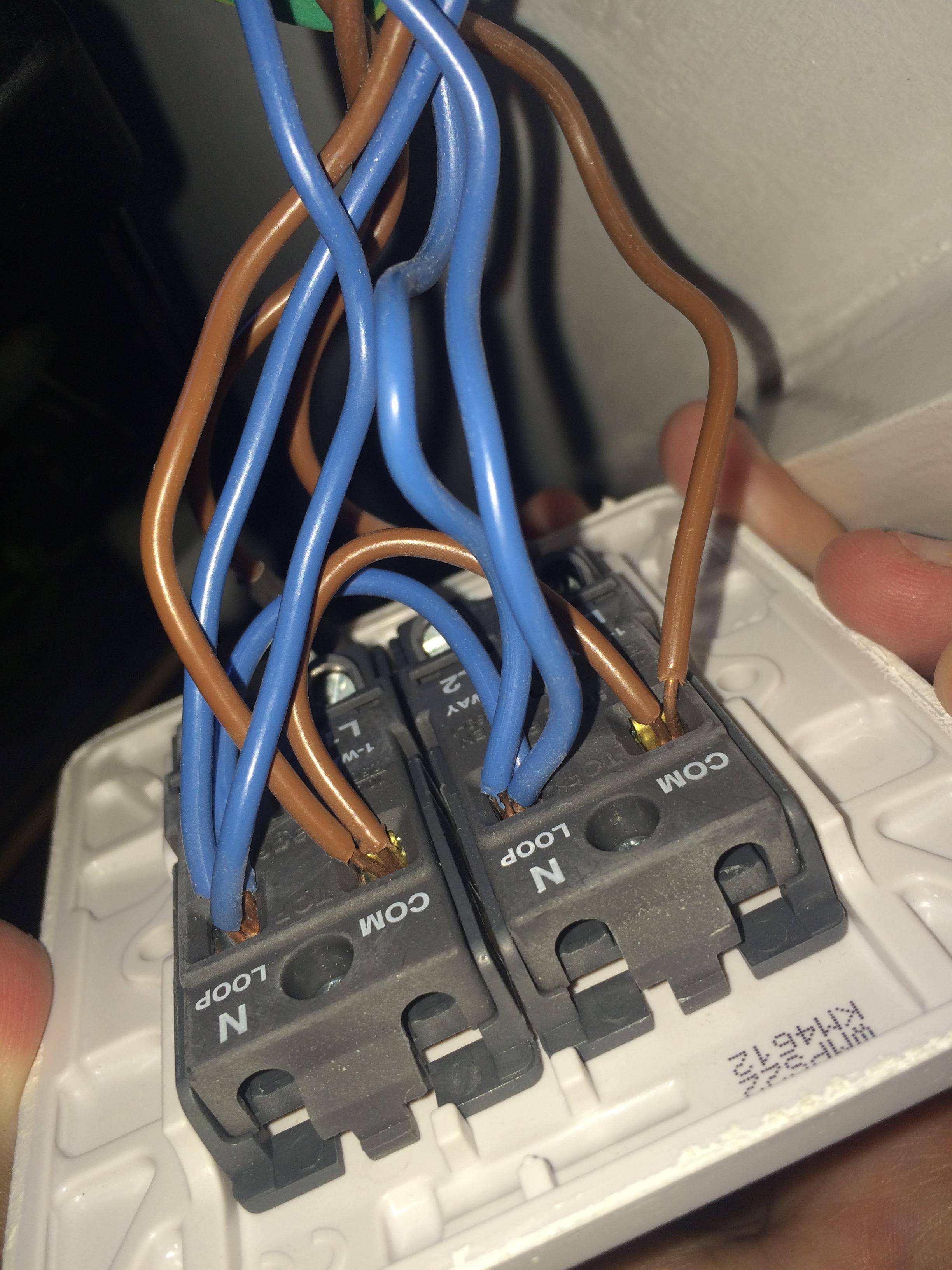 This seems a lot more complicated than just a few wires to swap. There appear to be multiple cables coming out from the wall. The Green/Yellow earth is loose in the backplate with a plastic end cap. 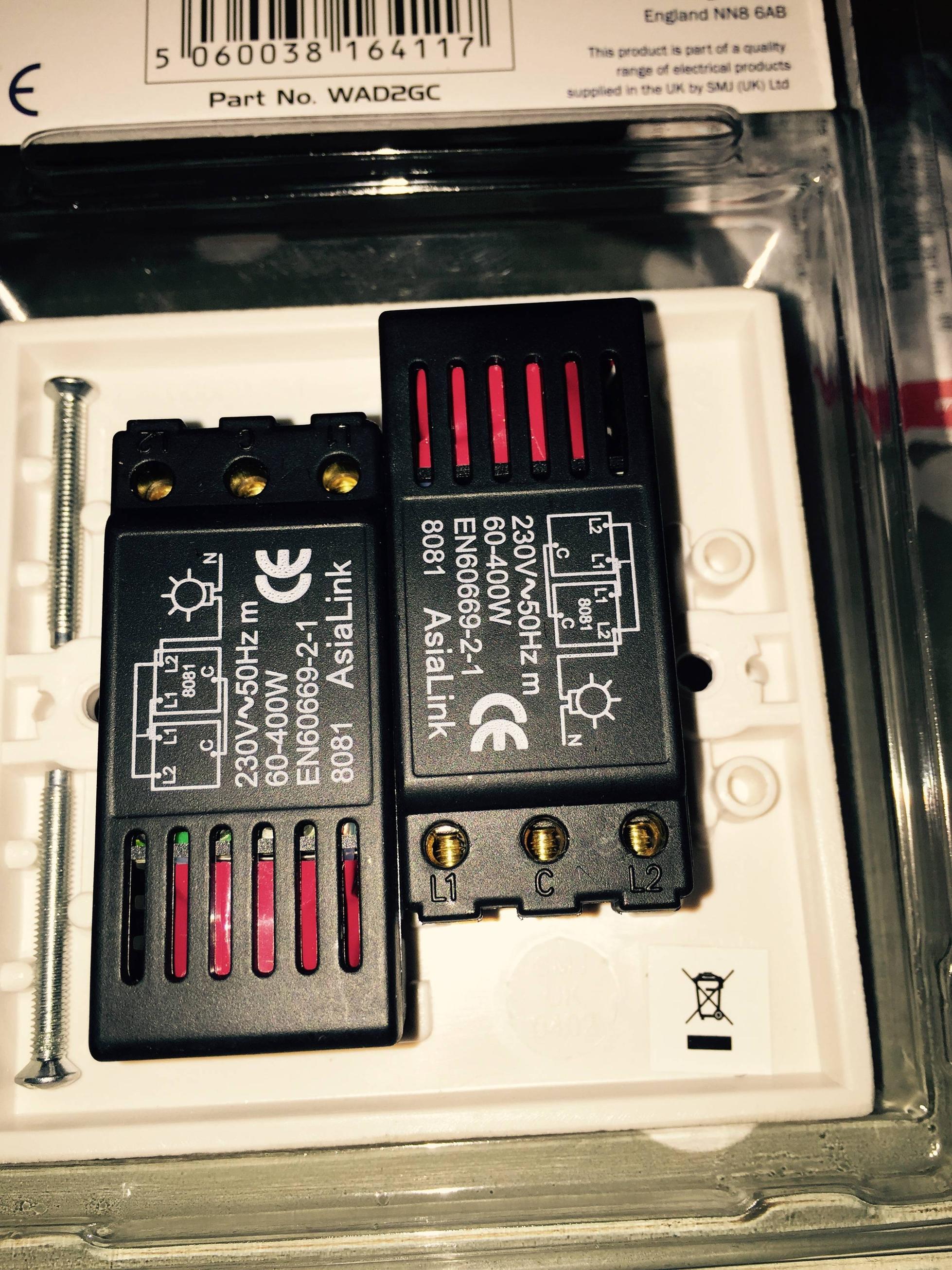 Problem is new dimmer switch does not have a socket labeled N Loop. I tried replicating the wiring but where on the original sockets the wires are in the N (Loop) ports, I've just put them in L2 on the new socket as that was the only other port unused.

I tried this setup and it kind of worked if lights were on and the lights did dim (though flicked, maybe wrong energy bulbs) but when I tried to turn them off they blow trip the fuse in the main fuse box.

As you can probably tell I know nothing about wiring or these kind of things. Any help or pointers anyone could give me would be really appreciated.

I was wondering if I have the wrong type of light switch but I can't find any other types. 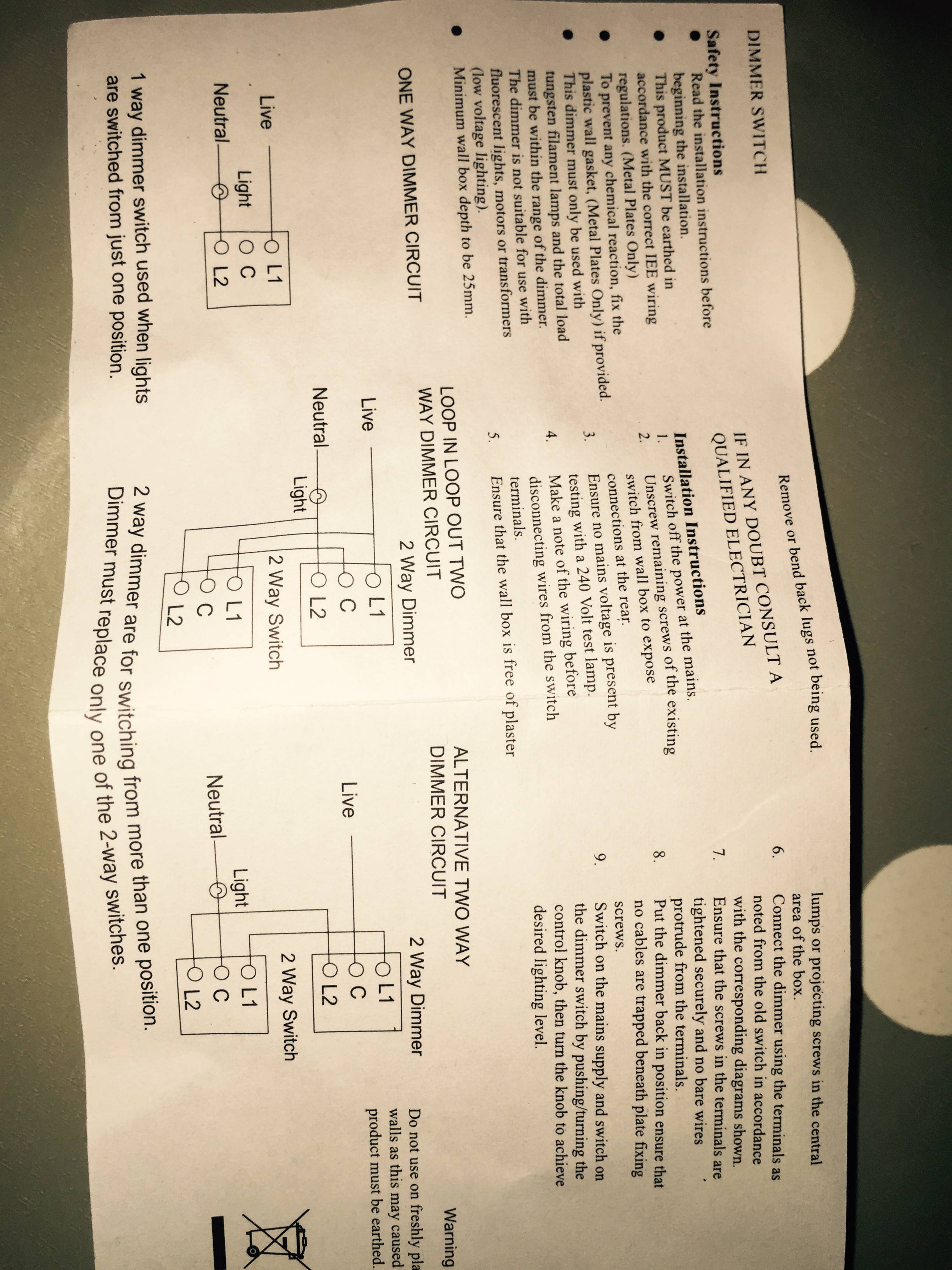 All sorted now, basically I have a plastic back box but the earths have a connector on them. The Loop N terminals are for convenience, so I've just bought a connector block to connect them up. The L1 and Coms just need to have the same wiring on the new dimmer switch. I've not done it yet but got my answer from another forum.