I replaced the bathroom ceiling light recently but since I did this, it is permanently switched on and if you flick the switch to turn it off, it trips the upstairs lighting trip switch at the fuse box.

I thought that connecting live to live, neutral to neutral and earth to earth would give the desired behaviour but not the case. I took a photo of how it was wired up before I even touched anything (below). 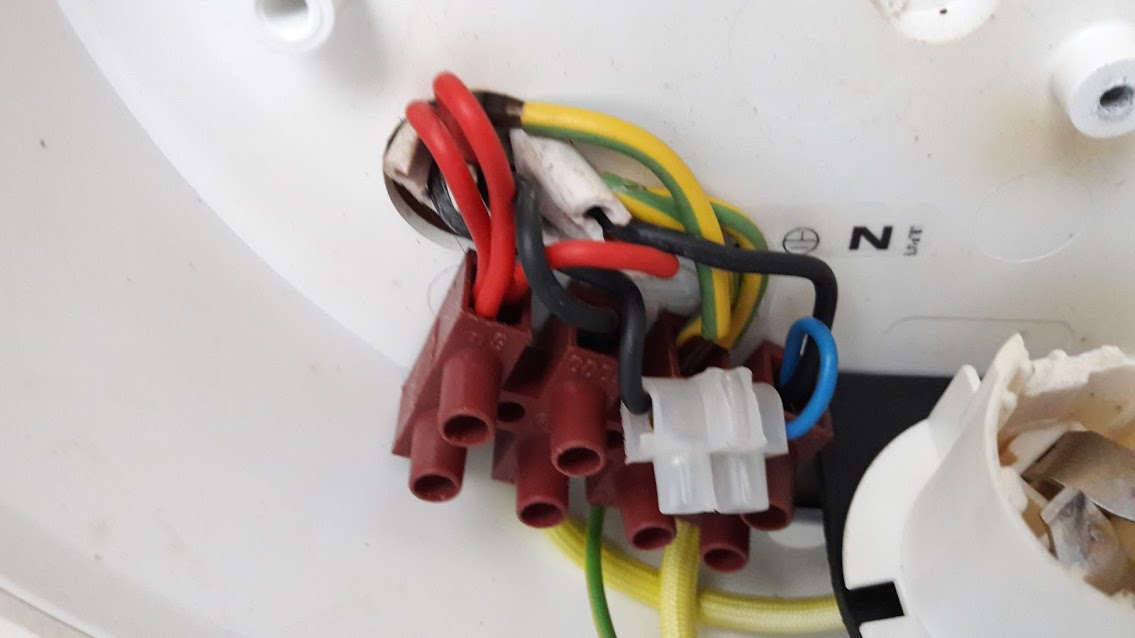 As you can see there are three live/neutral and earth wires coming from the ceiling. I wasn't too sure what the purpose of the white terminal block was which seems to link up two neutrals from the ceiling which I would have thought would just do the same as putting all three into the brown terminal block.

Anyway, it is an incredibly tight space to work with the amount of cables here but I am assuming I would need to rewire it up exactly as it was before as per the photo? I'd be interested to know why it needs to be like so (I tried searching online but there are so many various scenarios I thought it would be easier to just explain my case with picture here).

There is just one light switch for this bathroom light.

Well you can see how they set this up. The old lamp goes into the back side of terminals 2 and 4, and that's it, done. I have no idea what would possess you to mess with any other wires, in the photo it's right.

Left to right the four terminals are

Put it back and you should be fine.

The odd little white splice simply appears to be because the black wire is too short.

Not the answer you're looking for? Browse other questions tagged electrical lighting bathroom or ask your own question.

0
What do I do with the third set of wires in this switch box?
0
changing a looped ceiling rose (LCR) light for a light that only has 3 connections, Live, Neutral and Earth
0
Why did my RCD trip when I was working on my de-energised lighting ring?
0
Wiring bathroom fan and light
1
How to replace pull-switch on ceiling light?
0
Lighting fixture: 2 live, 2 neutral, no ground - Is is okay to have the 2nd neutral used as a ground?
5
Wiring in a new light fixture and switch to existing switches?