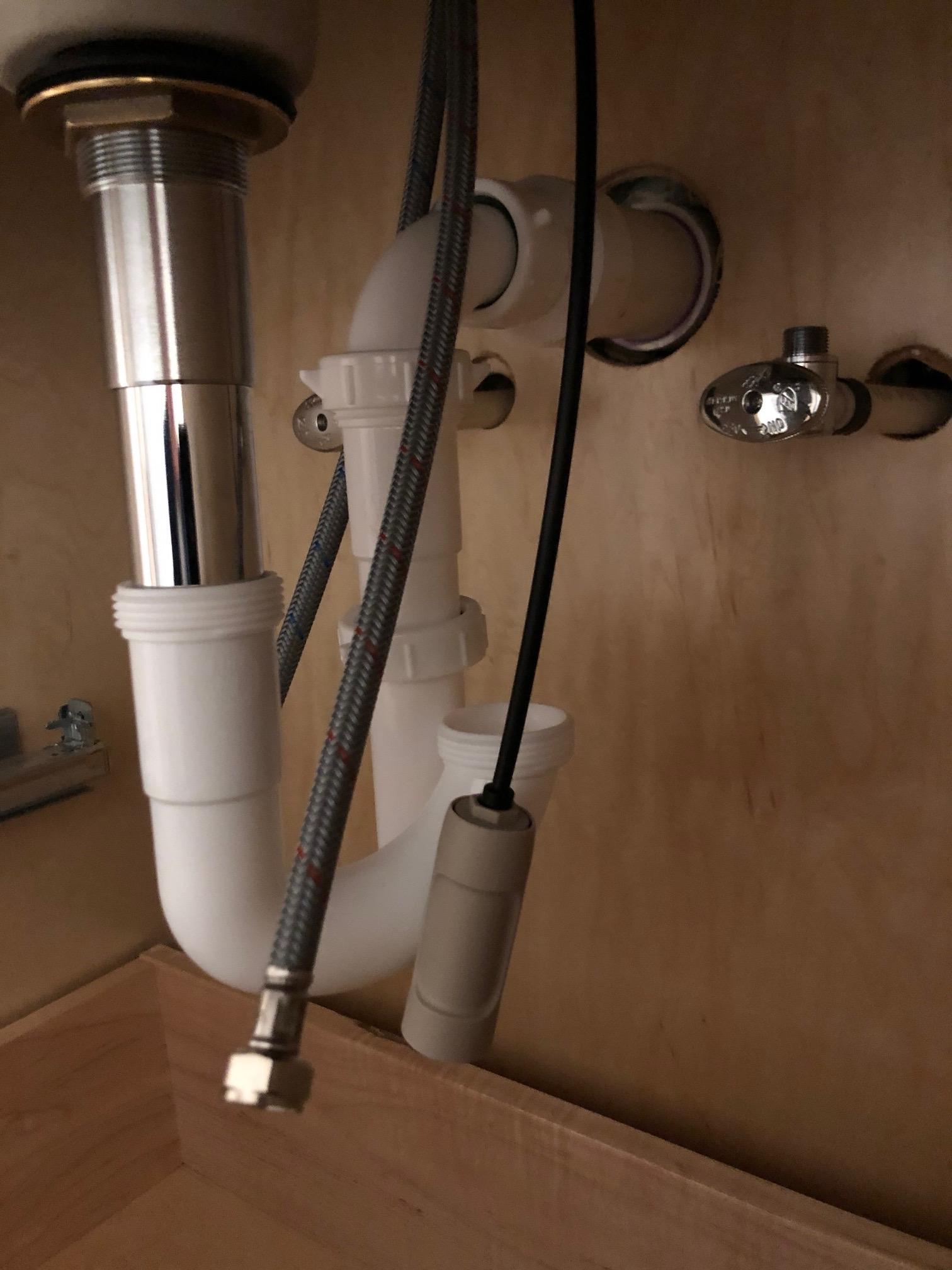 I’m experiencing some leakage around the connection points as the water flows back up to exit. I’m wondering if the exit is too steep.

In addition to the comments from @Ed Beal you should consider the following.

Assuming you construct the P trap as it is in the picture it will be a deep seal trap meaning the trap seal depth is greater than 4". This is okay in certain applications but not for a bathroom sink. The problem is that the water exiting the sink needs to have enough volume/force to flush the P Trap. This is very unlikely with a trap that deep. It can cause several problems for you:

The deep seal is necessitated by how high the drain outlet is in your wall. However, I suggest that you reduce the depth of the seal trap as much as possible by shortening the tail piece coming out of the drain and using a shallower P Trap. The suggested trap seal is 2" to 4". You're not going to be able to get it that shallow but the closer you can get the more efficient the trap will become. 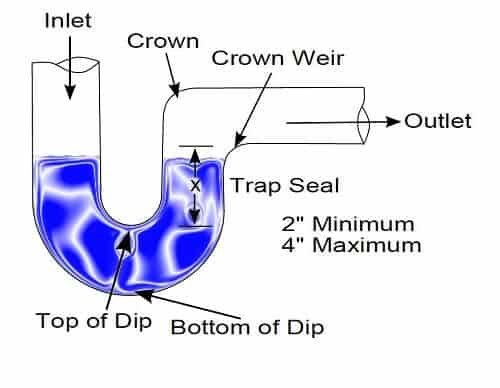 There is no jam nut for the seal on the sink side and the trap is not connected or cut to the correct length. There should be a plastic or rubber seal above each of the threaded segments. In some trap kits the seals are hard plastic and there may be 2 sizes to connect to different sized pipes the seal should be snug on the pipe the nut compressed the seal to make water tight.