How can I replace a light fixture?

I need someone to sort out this wiring question for me. I'm trying to hang a flourenscent light in the garage, however, when I took the old garage light out (one of those round, single light fixtures, with 4 screws on the back for wires), it had 3 wires attached to it.

It had three white wires, one with a stripe (but I believe they are all neutral). No ground or hot. I went into the attic and checked out the junction box and it appears that there are two different wires going to it - one goes to what looks like the breaker box and the other which appears to go to the switch. I do know that the breaker switch for this light actually controls the pantry light, the front door lights and the garage light (the one I'm trying to replace). I'm guessing these are all daisy changed together, thus why they all don't work when I flip the breaker.

Back to the issue -

In the junction box, there was what looked like 3 white wires attached to three screws of the old light fixture. It also appears that there was two black wires (guessing the hot wires) are have a twisted nut cap on them and are tucked away into the junction box. This goes the same with the grounds (bare wires), they are twisted, capped, and tucked away into the junction box. Replacing this fixture has become a real mess of a job, since I don't exactly know where to go from here. If someone could sort this out so that I don't make a mistake, that would be great. The light fixture requires a hot, neutral and ground. Would I be able to just attach all the neutral wires to the new light in the garage (including one for ground) since everything is capped off, or will I need to make some wire changes and uncap the capped stuff?

Hover over any image for description / click for full size 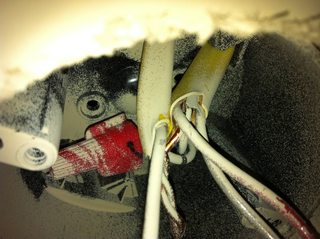 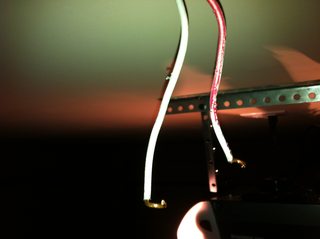 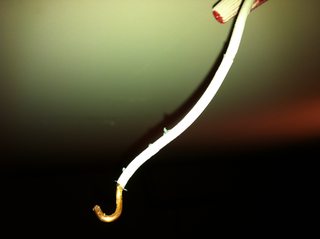 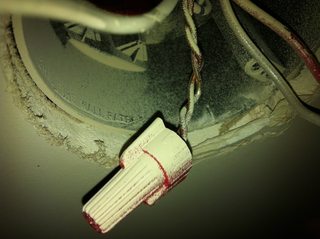 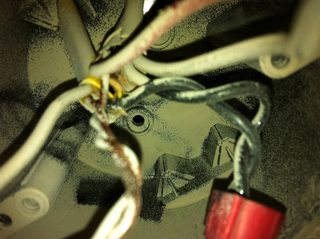 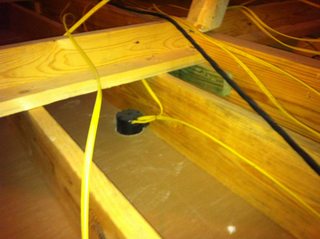 I suspect the white wire with the stripe is actually the switched power from the switch. Putting together what you have said, I think your setup probably looks something like this: 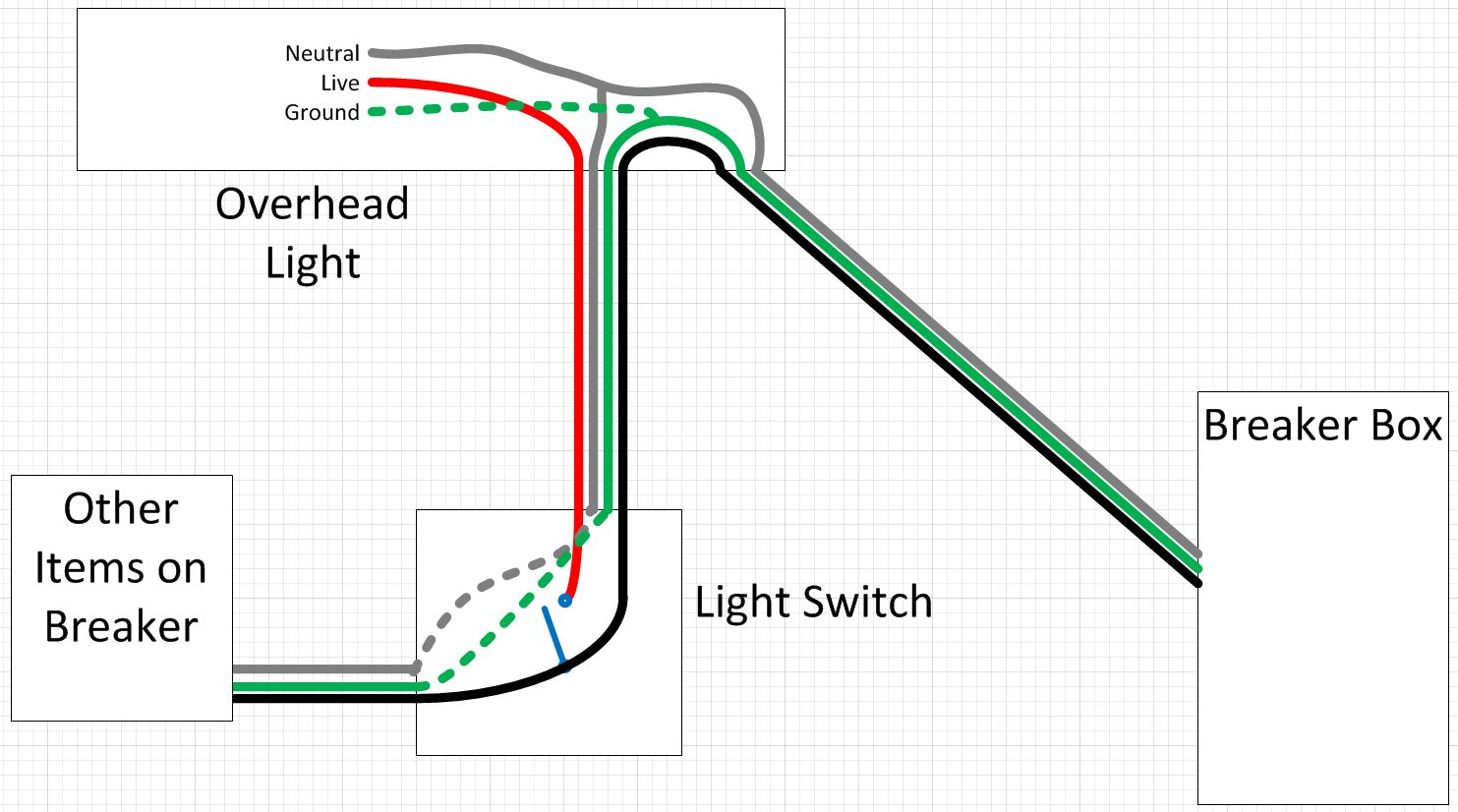 Where the green wire is the ground and the red wire is your wire with the stripe.

If this doesn't match up with what you are seeing, then let me know what looks wrong and I will try to figure out how it is setup.

Not the answer you're looking for? Browse other questions tagged electrical wiring lighting garage or ask your own question.