How can I determine if it's safe to remove this beam in my garage?

I want to remove a roughly 18' beam that goes across my garage. Oddly, it's the only one at this level. The ceiling beams are all about 28 inches higher. When I touch this beam it wobbles quite a bit, though it's firmly attached at the ends, leading me to believe there isn't much if any load on it. It seems like the beams above it are doing the same job. What the heck is it doing there, and how can I figure out if it's safe to remove? I'm hoping it's just there as a byproduct of the building process or something.

One potentially interesting note: I measured where the beam would come into my house (to the right of the garage as pictured) and it looks like it would come i directly above my front door. Interesting?

Edit: the "suspicious rope" was installed by myself just prior to taking these pictures; I was about to cut the beam and didn't want it to fall. Then I thought I'd better take a moment to reconsider, and here we are :)

There was previously a garage door opener which I removed; it ran just under this beam and wasn't attached to it. There WAS an electrical ground stapled to it (can be seen in the pictures) which I moved up to the beam above. I can't imagine someone would install a 2x6 just to run a ground when the beam above serves just as well. 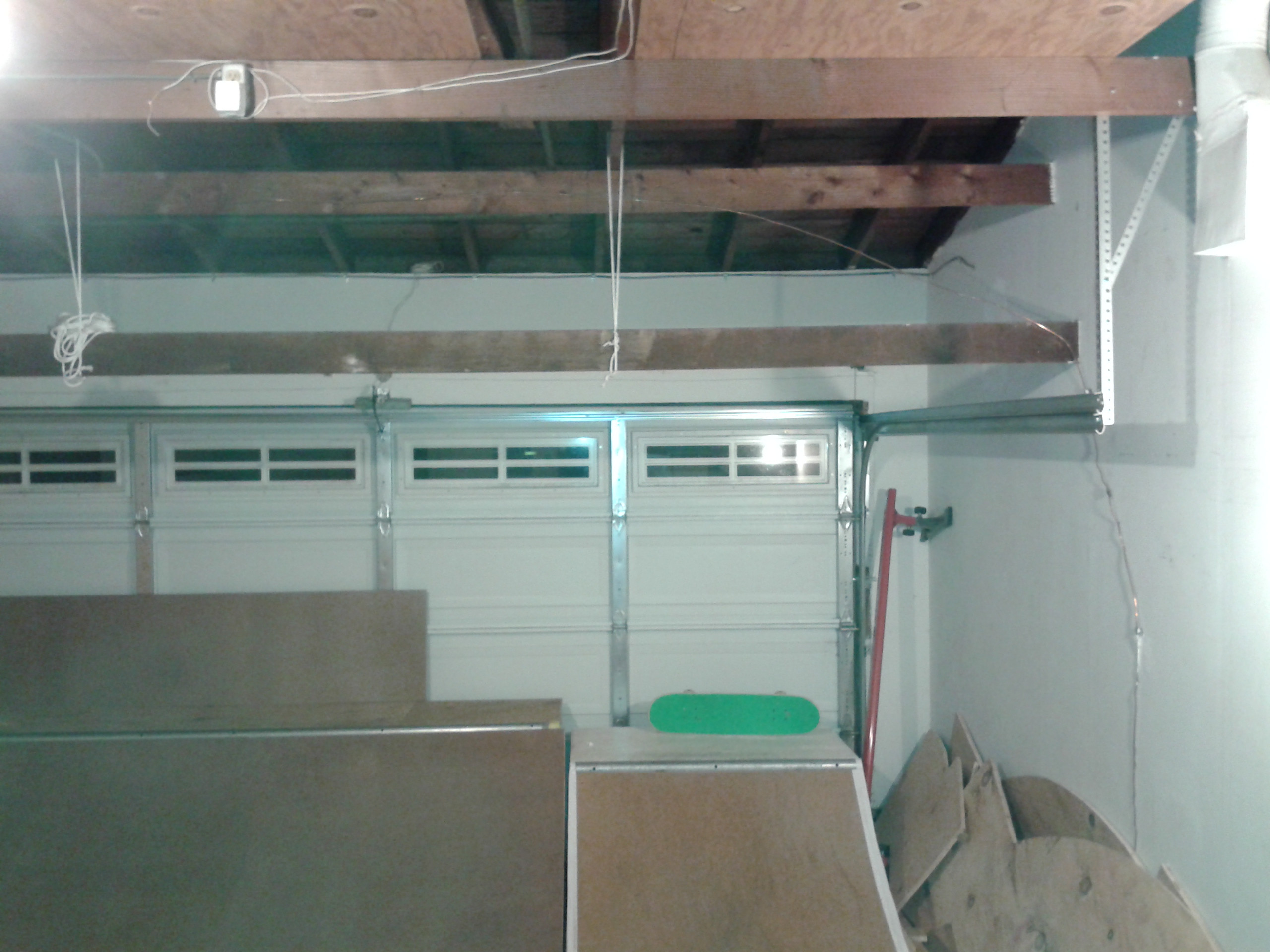 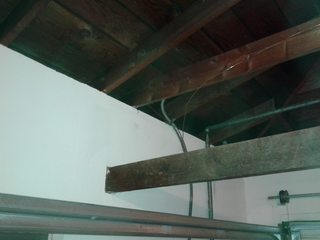 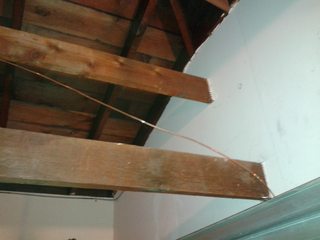 From studying your picture it appears to me that the timber is intended to tie one wall to the other. If so, I would be asking why. A couple of clues I would look for are:

There are some DIY things you can do to experiment with it a little bit. Try flexing the timber back and forth to see if one wall stays rigid but the other moves just a tiny bit. If so, that would indicate that the wall that moved needs that timber.

A good framing carpenter ( think This Old House) could probably access your situation adequately. Maybe for free if it is easily apparent to them what is going on and they can give you an estimate for any modifications that would enable you to remove the timber.

I would feel very confident that this beam could be taken out. Although I would certainly cut it from the wall that is closest to your front door. Just in case it continues as a header.

It is for sure not carrying any load across the garage. That is well apparent because this beam isn't very thick nor tall so it would have sever warping over this span if it had a load on it - even a light load.

In my area seeing one or two of these beams are quite common for some reason. The explanation I have been given is that they are either to hold garage doors/tracks or there were extra joists often ordered and they would install them for future shelving. Since this is in the path of the door I would gather it was for that at one point.

If you want to be absolutely safe - Cut out a little bit of drywall on each side, make sure beam isn't attached to anything important, knock it out, save it for a few months, then do whatever you want with it if there are no issues.

However what I would do with it... I would add some 2x6s perpendicular to it going to front of my garage, use some deck braces. Then put a layer of 1/2" plywood on top of it, paint it all white, and then you have some really nice custom storage in your garage. Nothing I would put serious weight on but still for $75 you are getting a huge upgrade in storage. Also this takes marginally more time then knocking out the beam (not including painting).

A picture would help of the beam and where it attaches to each wall.

To be safe, removing any wall shouldn't be done without talking to a structural engineer that can come out, inspect it and make sure it's not load-bearing. It will cost less than repairing your garage (and cars) after the ceiling falls on them.

This could be a rafter tie which is loaded in tension only dynamically, under wind or snow loads. It's an interesting conversation piece, why mess with it?

It's probably in tension, (I.e.: keeping the roof from pushing the walls apart. It's called a "tie". Make sure the wall was not constructed with a horizontal split in the wall, (I.e.: double top plate, etc.) This would put a "hinge" in the wall and need both ties to remain.

3
How can I hang a heavy bag from this beam in my garage?
1
Fix sagging beam situation
2
How to support existing above garage-door storage platform?
1
Can hanging a 70 lbs punching bag from my garage ceiling cause damage?
2
Can I remove framing members forming a wall below a load bearing beam?
0
Reinforcing Truss-based Garage Ceiling
0
Is it safe to build a long beam from shorter pieces of lumber?
0
How can I finish the ceiling in this detached garage?
0
Can I remove these rafter ties? what else can go?
3
How to reinforce a notched beam but keep notch?