Lock type for a door on a large box

I have this large wooden box (2x4's and plywood) that I am making, with a single door (blue) on the front, hinged at the bottom. It might not be clear from my crappy sketch but the door is the full width, the sides (pink) are behind it when it is closed (it rests on the front edge of the sides). 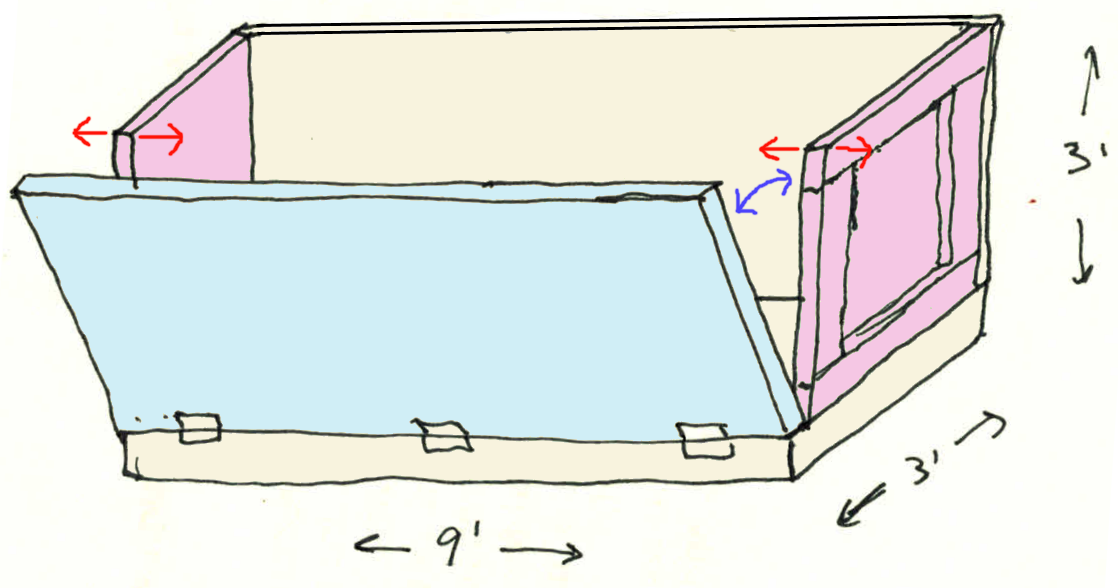 This box has a top but it isn't shown; the top is also a hinged lid, and can't be latched to the front door, it needs to stay independent.

I need a locking mechanism that I can use to hold it shut (doesn't need a key, just needs to hold it shut). The problem I'm having is that due to this box's construction, the sides have an inch or two of flex in them (red arrows), they don't naturally line up with the door. This is OK but it means that I need a type of lock that can not only hold the door shut, but can also prevent side-to-side movement of the sides when it is locked.

Also because the sides of the door are flush with the faces of the side, the lock pretty much has to be mounted on the side. So basically I need a type of lock that can hold two surfaces flush and prevent them from being separated. That is, I need a lock that I can mount on the side that constrains movement in both the red and blue arrow directions in the sketch above.

Is there any type of lock like this? The locks I've seen so far are:

I don't really know what other types of locks there are. What can I use for this?

I'm not too concerned about cost; I only need two of them (one for each side). I also don't need ultra high strength along the red arrows, the box won't really be holding anything that puts any amount of stress on the sides. What I do care about is longevity; the door won't be opened or closed particularly often but it does need to last for at least a few years.

I hope I've explained this clearly.

Edit: I think maybe something along the lines of this sketch could work, I'm not sure if there is a lock type like it that I could purchase, or maybe I can piece together some hardware. This would involve a barrel bolt lock on the front that slides through the hole in the tab: 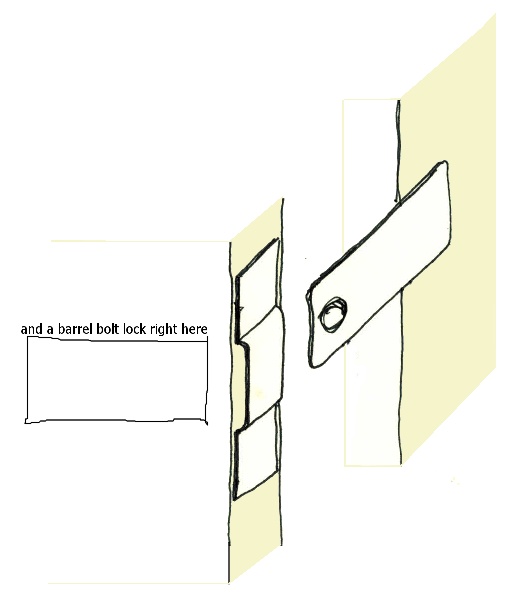 Maybe something like that could work? As long as the slot for the tab is wide enough to account for the curved path of the closing door. I'd be concerned about the red arrow movement ripping out the screws holding the tab in place over time but if it was a T shape with a wider mounting plate and more screws, that could work. 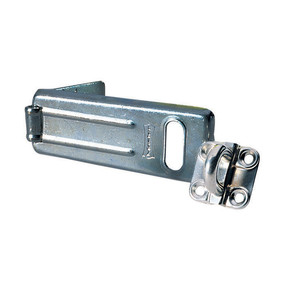 This type of right angle hasp would negate the need for guide pins, but would be inside the box. 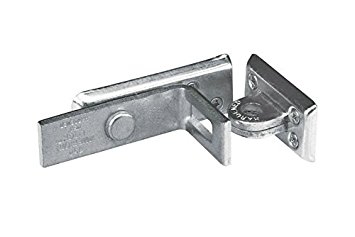 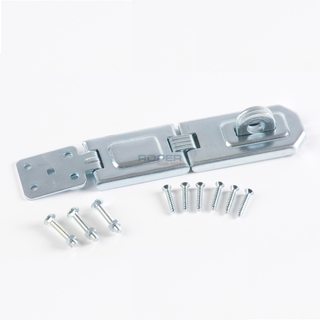 My first idea, before I thought of those hasps.

Barrel locks on the inside that are thrown into holes that are drilled into the sides (shown in green on the left).

And doll rods or guide pins to prevent side-to-side movement (shown in green on the right). 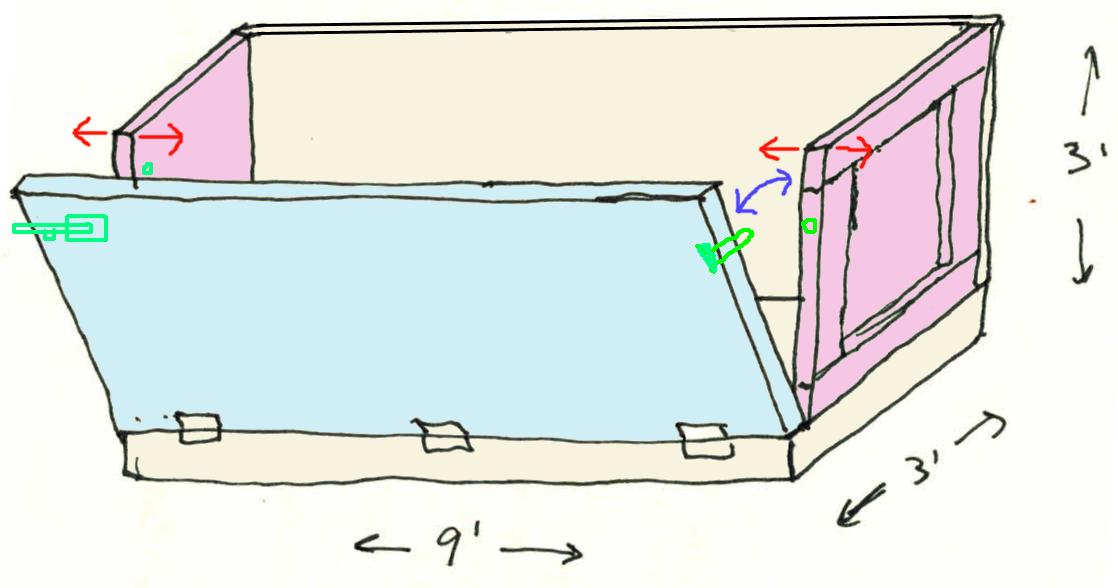 My recommendation would be a furniture lock, eg a simple cam lock on the door engaging a slot in the top. Cleaner appearance, simple function. You could even use one if the magnetic "tot locks" for operation with no visible keyhole.

Here's how I might do it, if I had to put a lock on such a box (labels below image): 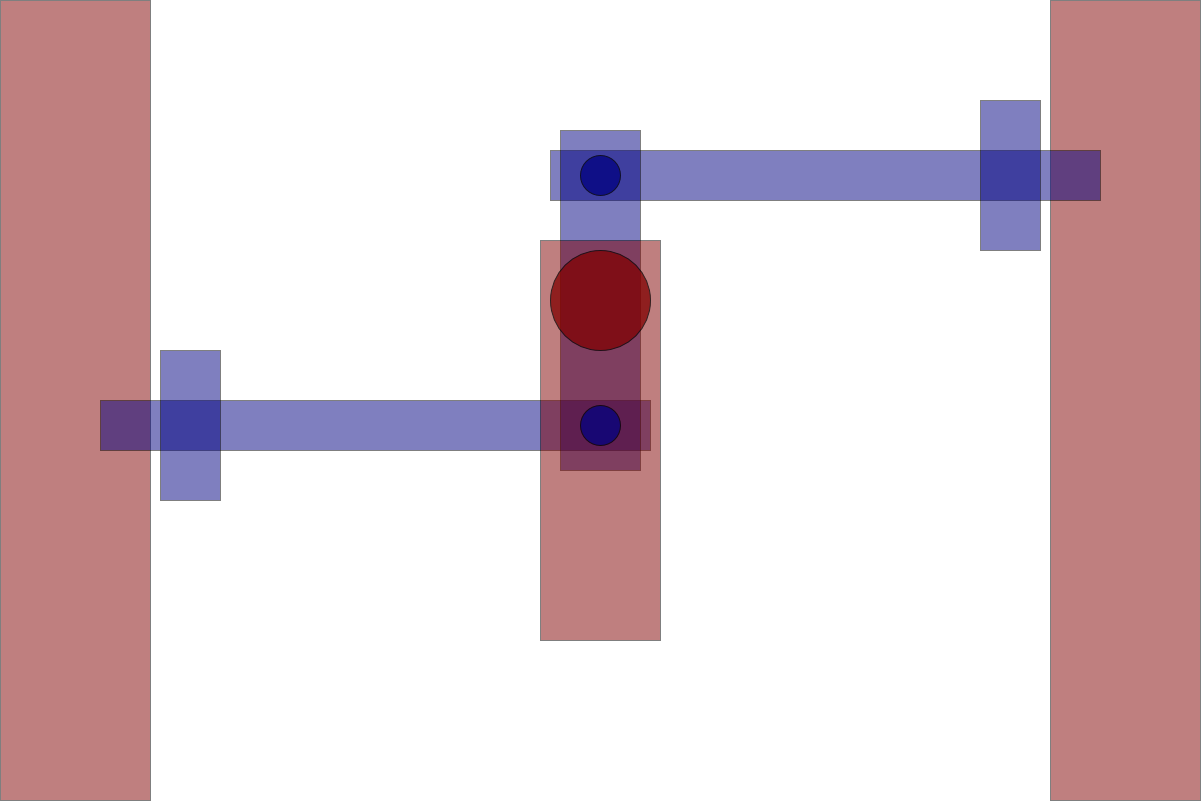 Another option would be to use over-centre catches, or toggle catches - you can get ones especially designed for furniture use.

A couple of examples from a certain well-known internet retailer:

1
Unable to get bolt out of door
3
Door lock stuck, will NOT retract
0
Courtyard Gate Lock
4
Two way door lock for thin door
1
Replace door knob with lever handle on rim latch door
6
How to “lock” a bathroom door without drilling or spending too much money?
0
How to fix free spinning thumb turn in entry door lock
0
Lock mechanism for one sided cylinder lock