Structure for mounting TV above fireplace

Soon, we'll be gutting and redesigning our fireplace surround, similar to this picture. Which way would be best for mounting a tv?

The concerns we have with mounting the tv on top of the tile are:

If I were you I would frame in a 2x10 flush with the tile roughly a little longer than the TV's mounting bracket. It would be hidden for the most part behind the TV and would be secured to the wall studs for extra strength. It can be painted too.

As a side note, it's important to use pressure treated lumber if building on top of an existing fireplace.

Our TV is mounted above the fireplace. It uses a special hanging adapter made by the TV company that uses a steal cable so it literally hangs like a picture. I used two 5/8 lags with washers to hang it, but could have opted for a normal TV hanging mount. Though it would have probably not have been flush. 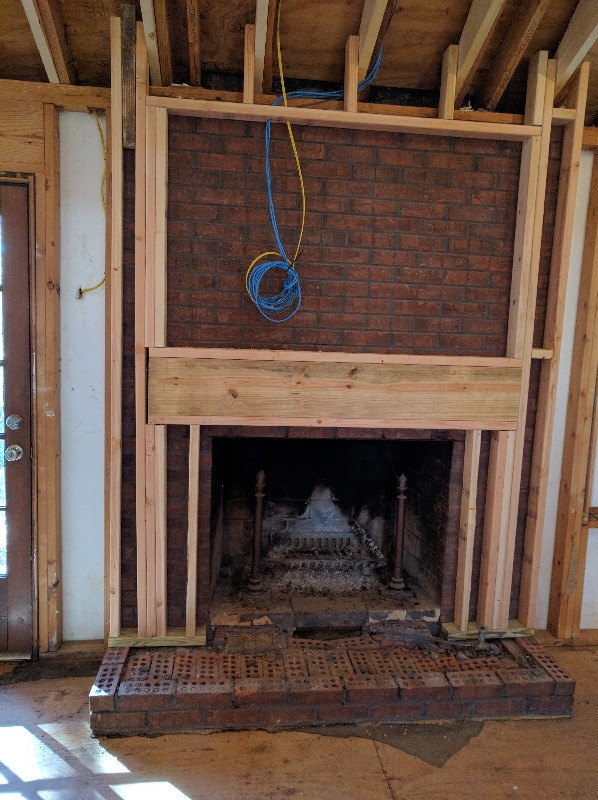 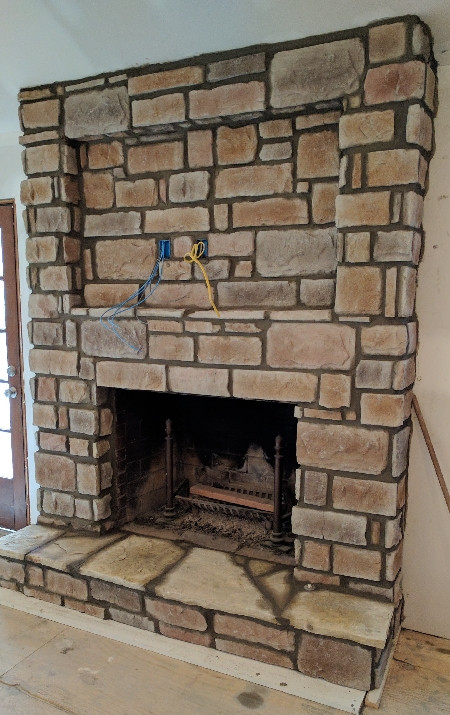 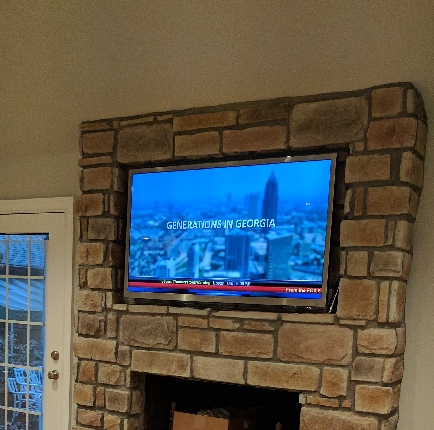 Polyurethane construction adhesive (the type that cures quite hard) would be an alternative to grout. Put plastic film over the tile surface, goop the mount, mount the mount, wait for cure, trim the plastic film. The film allows the stuff to fill the voids without sticking to the face of the tiles.

Storing tiles for later is always a good idea, but often one that falls prey to someone feeling a need to tidy up and throw out that useless junk - which was the carefully saved tiles that match the tiles in rooms x, y and z.

Not the answer you're looking for? Browse other questions tagged tile fireplace television or ask your own question.