Is this a compliant way to control three circuits with two switches?

I'm planning to replace two dimmer switches -- but I found the following clever wiring when opening up the junction box. Three circuits where the neutral lines are spliced together, one live line spliced to two switches, and the remaining two live lines going to the respective switches (photo below).

I'm tempted to just replace the switches and keep the wiring the same, but this looks very dubious! Is my concern warranted, and if so, how should I correct the problem? 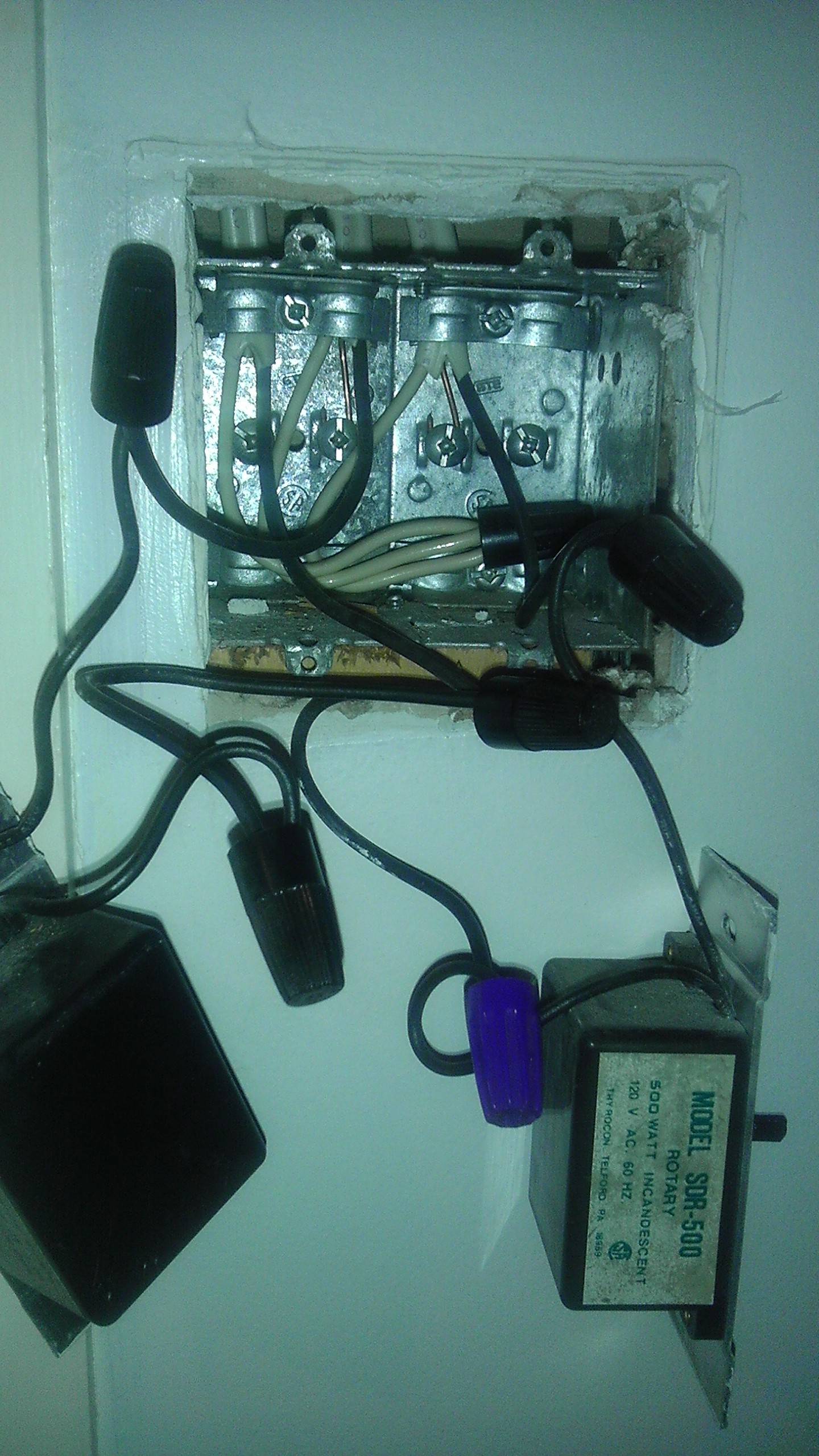 This is one single branch circuit, and a very common wiring method.

I've highlighted the ungrounded (hot) conductors in your image, to help you understand what's going on. 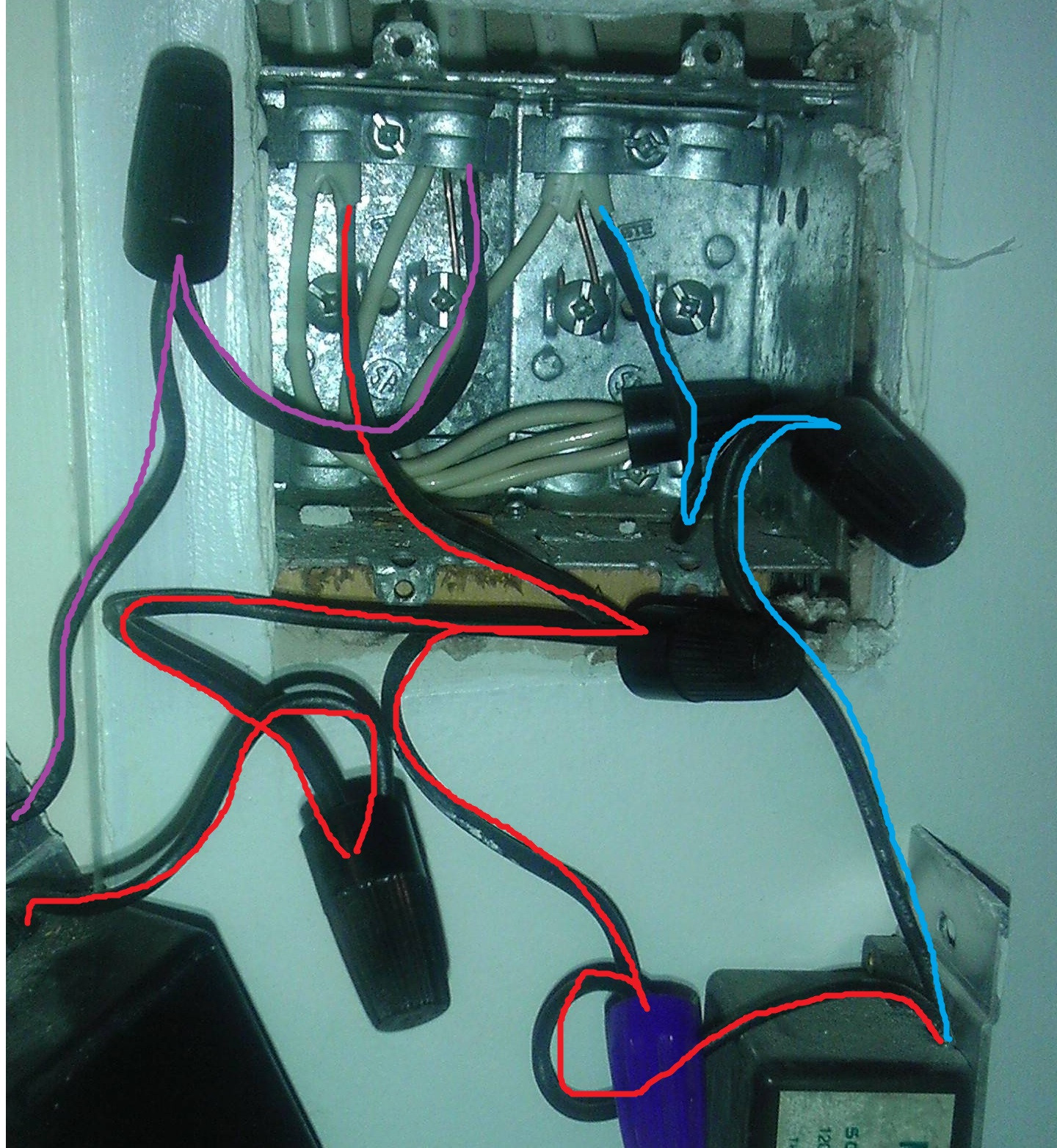 The wires highlighted in red, represent the feed coming to the box from the panel. These wires are split, so as to provide power to both switches. If you were to measure between any of these wires and ground (or neutral), you'd get ~120 volts.

The wires highlighted in purple, are taking power from one of the switches (dimmers) to the load (light). If you measured from these wires to ground (or neutral), you'd get ~120 volts only when the switch was in the ON position.

The wire highlighted in blue is similar to the purple wire, except that it takes power to a different load (light).

All the white grounded (neutral) wires are connected together, to complete the circuit back to the panel.

If you followed the electricity through the circuit, it would go something like this (though not really since it's alternating current).

As David Tweed pointed out, I'm not sure why there are so many twist-on wire connectors in use.

That isn't three circuits, it's only two. The Romex on the left is the power coming in from your distribution box, and the other two are your two loads. Each switch is connected between the incoming power and one of the loads.

I'm not sure why there are so many wirenuts on the supply side — it seems that if one wirenut can connect three wires, then one should be all you need. Get rid of the extra pigtails.

Not the answer you're looking for? Browse other questions tagged electrical wiring code-compliance dimmer-switch or ask your own question.

8
Can two circuits share a neutral?
8
Can two circuits' neutrals be tied together (not a single neutral wire, but two that have been connected)?
4
How can I wire this three-way circuit between two buildings with only 3 conductors?
1
How do I convert from 3-way switches to dimmers?
2
Install recessed lights and chandelier with 3-way switches
1
Replace 3-way switch with one single pole dimmer
3
Is there a code-compliant way to label a wire where the conductors are not wired in the expected way?
3
TWO ORIGINAL SWITCHES - ONE three-way and one single cant figure out wiring for SAFE UPGRADE