Is this panel eligible for GFCI/AFCI breakers?

I have the panel below, and would like to know if it's recommended and or easy to simply replace current breakers with more modern GFCI/AFCI ones. I think they provide extra safety, and it seems it's just a matter of replacing, something an electrician could do in maybe less than an hour?

I heard that GFCI/AFCI breakers are bigger, and the cutouts on the cover are exactly the size of the front of the current breakers. Would that be a problem? 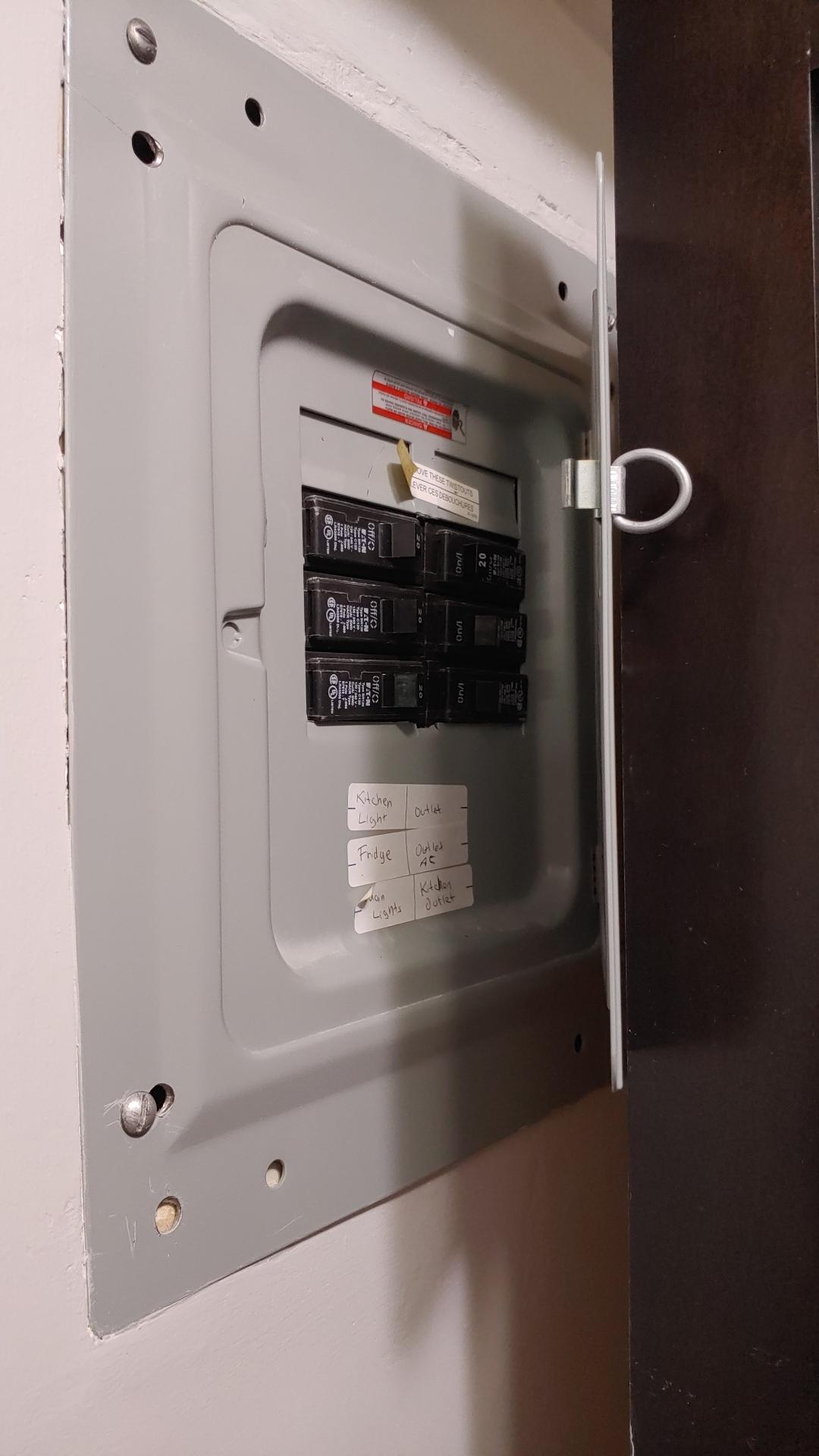 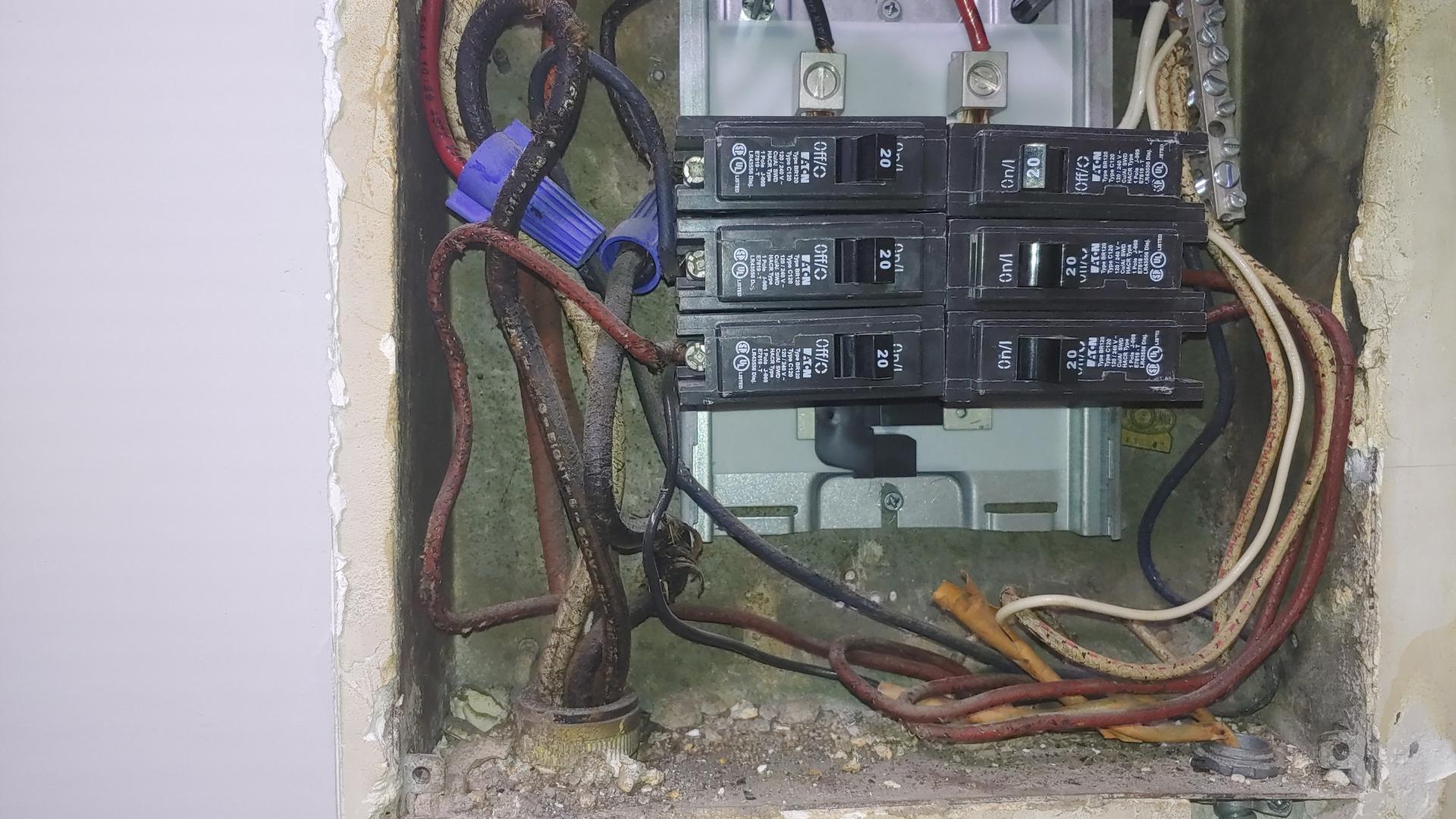 TL;DR Your panel should be fine for GFCI/AFCI but I wouldn't bother unless this is the easiest way to add GFCI for kitchens/bathrooms.

The typical problem with replacing regular breakers with GFCI/AFCI breakers is with "half-size" or "tandem" breakers. These are where a standard breaker "space" is split into two breakers in order to double capacity without requiring a full redesign of the panel. Your panel appears to have only 6 spaces (which is super-small, but that is a separate issue), with full-size breakers currently in all 6 spaces. So there should be no problem replacing some or all of those breakers with GFCI/AFCI breakers.

That being said, there are some additional considerations:

They'll work on the left column. Maybe not on the right column.

That's because of the small size of the box, and that's a reason this style of box has largely been abolished.

The AFCIs won't require any modifications to the cover. While the area behind the cover is larger, the part that sticks through the cover is exactly the same.

People are asking about labeling because "UL" or other lab Listing is brand specific. I wouldn't really look to the panel cover for that information, all those custom screw holes make me suspect the cover isn't the right cover.

The guts do look like an Eaton panel and new Eaton short body AFCI breakers would fit.

But the neutral bar is suspect, not a good enough picture to see if it is actually is isolated from ground, it looks field cut and misaligned. I'm guessing it's actually a ground bar that isn't isolated from ground, and also isn't Listed as a neutral bar for this panel. That needs to be addressed to attempt to make this installation legal and safe.

Not the answer you're looking for? Browse other questions tagged electrical-panel circuit-breaker gfci afci or ask your own question.

11
Is it worth it to replace old style breakers with GFCI or AFCI breakers?
9
Should I use a GFCI or AFCI circuit breaker with knob and tube wiring?
3
What options are there to achieve both grounding/ground-fault and arc-fault protection on old 2-wire circuits?
2
Combination GFCI/AFCI Breaker not working when replacing regular breaker
1
Upgrading apartment: GFCI/AFCI breakers and wires
4
Two hots, one shared neutral, can it work with plug on neutral GFCI/AFCI breakers?
0
Is it possible/recommended to use AFCI/GFCI breakers when replacing subpanel?
3
Running new fridge line, get regular breakers, AFCI, combo with GFCI, GFCI outlet, etc?
5
Is it possible to tell from labels if the breakers are AFCI / GFCI in the main panel?
0
Compatible GFCI/AFCI combo breakers