How should I build up the concrete wall to support the 2x12s at the same height as the center columns?

If it was 1.5" lower than the columns then I would put down a sill gasket, epoxy in some anchor bolts and put a plate down and have 2x12s sit on it. With it 6" lower I have to build up 5.5 inches.

Maybe I put down a plate, anchor bolt it, add two 2x members cut to 4" high, top it with another plate to make a box for the 2x12s to sit on and have the anchor bolt high enough that I bolt the top of the box to the concrete.

Concrete walls are level and flat. I'll plan for a 2% slope from the top of the plan view to the bottom - away from the house. This deck is self supported and does not tie into the house.

Attached a sketch of the plan view of the structure. Ignore the first level deck 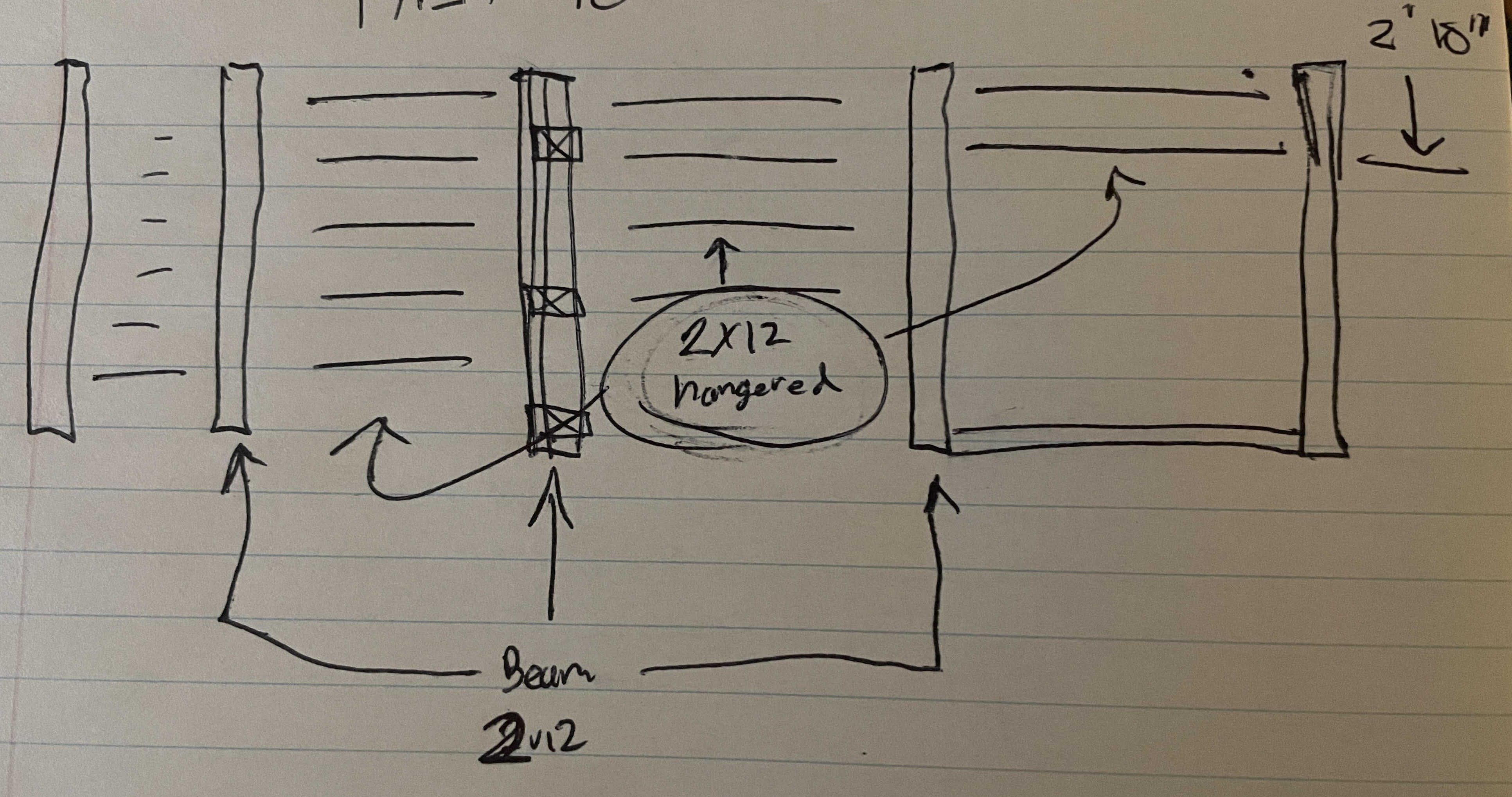 Your final suggestion is probably the simplest, but you don't need to run anchor bolts all the way from the top of the sleeper beam. You also don't need a top plate. Just bold down the plate, then fasten the other two beam components to it.

If you'd rater keep the space over the beam open for airflow or light or whatever, you can probably find an elevated post/beam support that will reach that far and not break the bank. Then you could put in a flush beam, like the one at the center of your current plan. 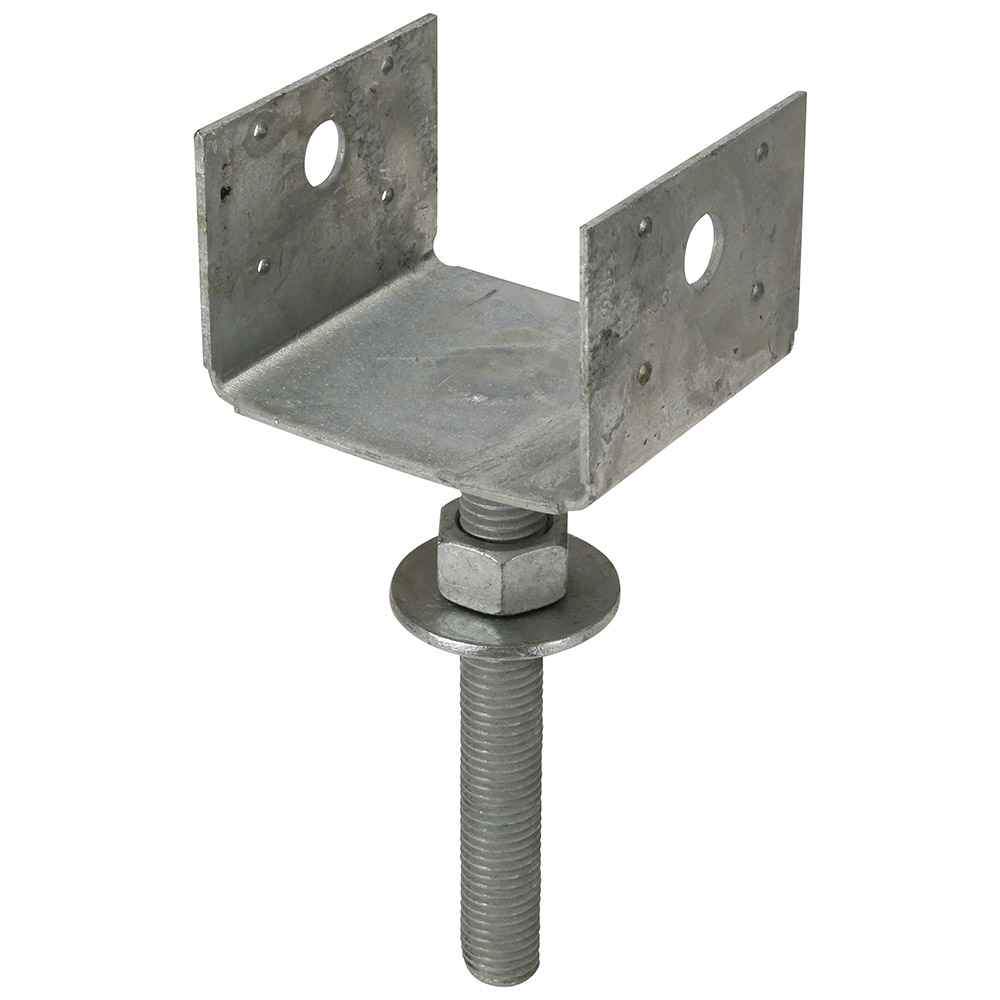 You'd need to install supports at intervals that suit the beam size and load.

Not the answer you're looking for? Browse other questions tagged deck structural or ask your own question.

2
different sizes for joists on a deck
2
How to build deck steps down to patio?
0
Do I need concrete footings for a free-standing deck
1
Corner post for flush beam deck
2
Can I use two 2x8 beams instead of one 4x8 beam for deck?
1
Low Height Deck Joist Support Options on Concrete
3
Can I use blocking between floor joists to support off-center jack studs in a load-bearing wall?
0
Proper deck post-beam-post connection
3
How should I handle a deck beam member that's slightly shorter than the others?