I'm trying to install a smart switch to control my 3 outdoor lights. 2 wall lights and a lamp in the yard. The house was built in 53, so I assumed there wouldn't be a neutral in the box, so I picked up a GE switch that doesn't require one. The switch shares a box with another that controls the hall light. Upon opening it up I found something more complicated than expected. The left switch, which controls the outdoor lights has 3 black wires coming in and bundled down to one black wire into the switch. There is then a second black wire coming from the outdoor switch that attaches to the right hand switch that controls the hall light, and then that switch has a red wire AND a black wire coming in. To top it all off, there are 4 white wires taped off in the back of the box. Are those neutral? I'd like to replace the hall light switch as well, but I think I'll need to get a different kind of switch as I only bought a single pole paddle switch. I'll attach a diagram below of the setup. Can anyone help me make sense of what I need to do to wire the smart switch and a new right switch? 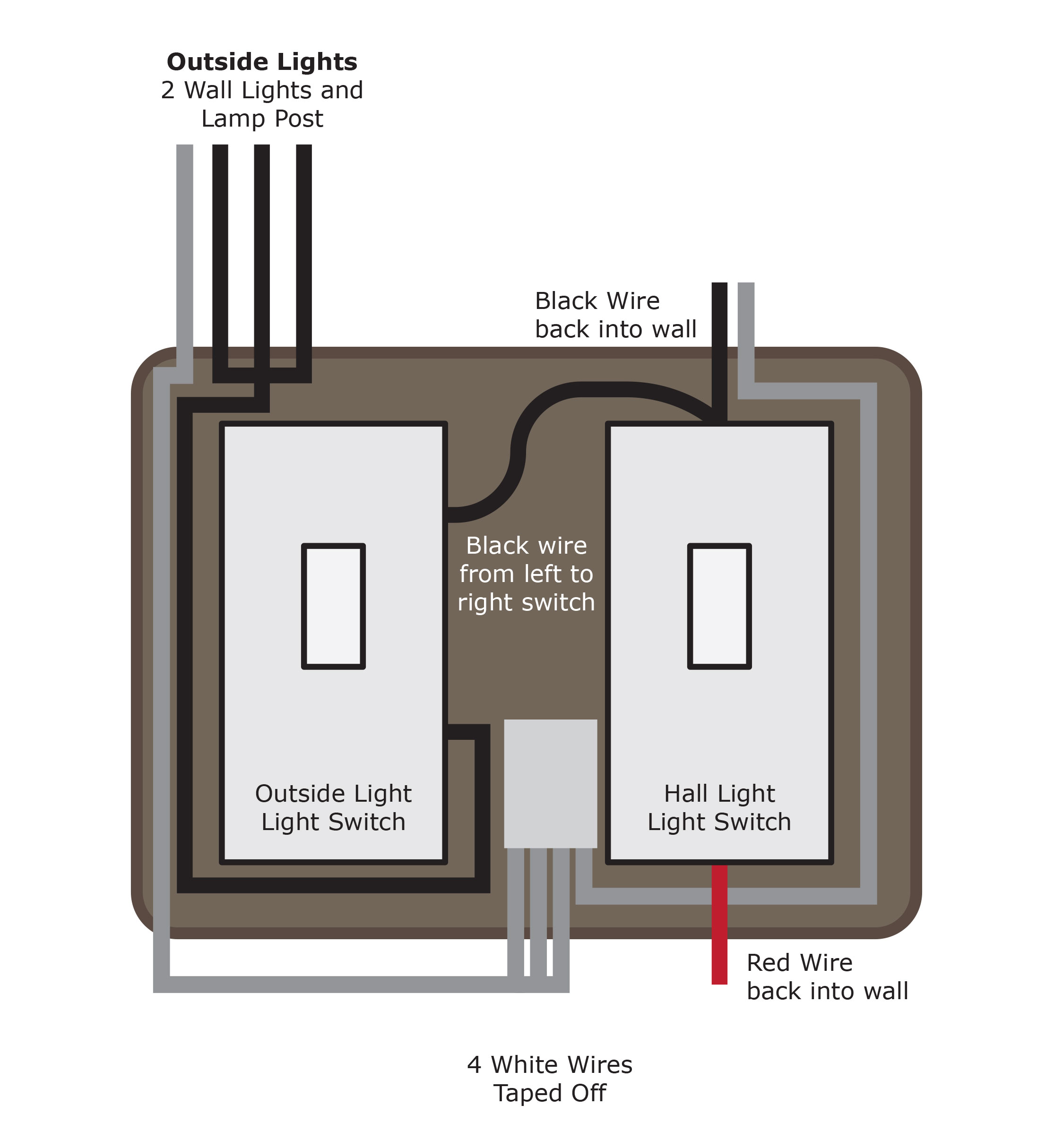 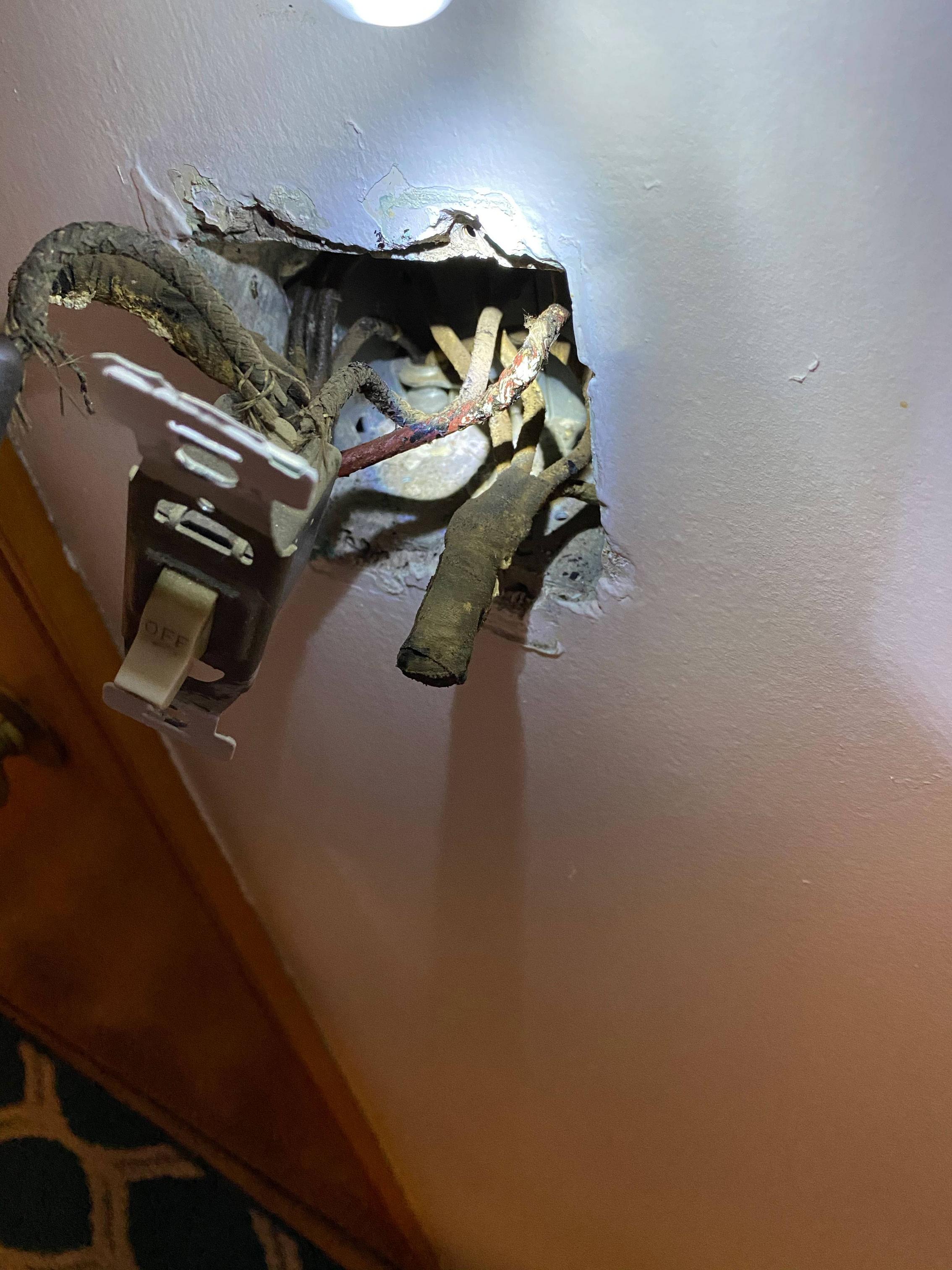 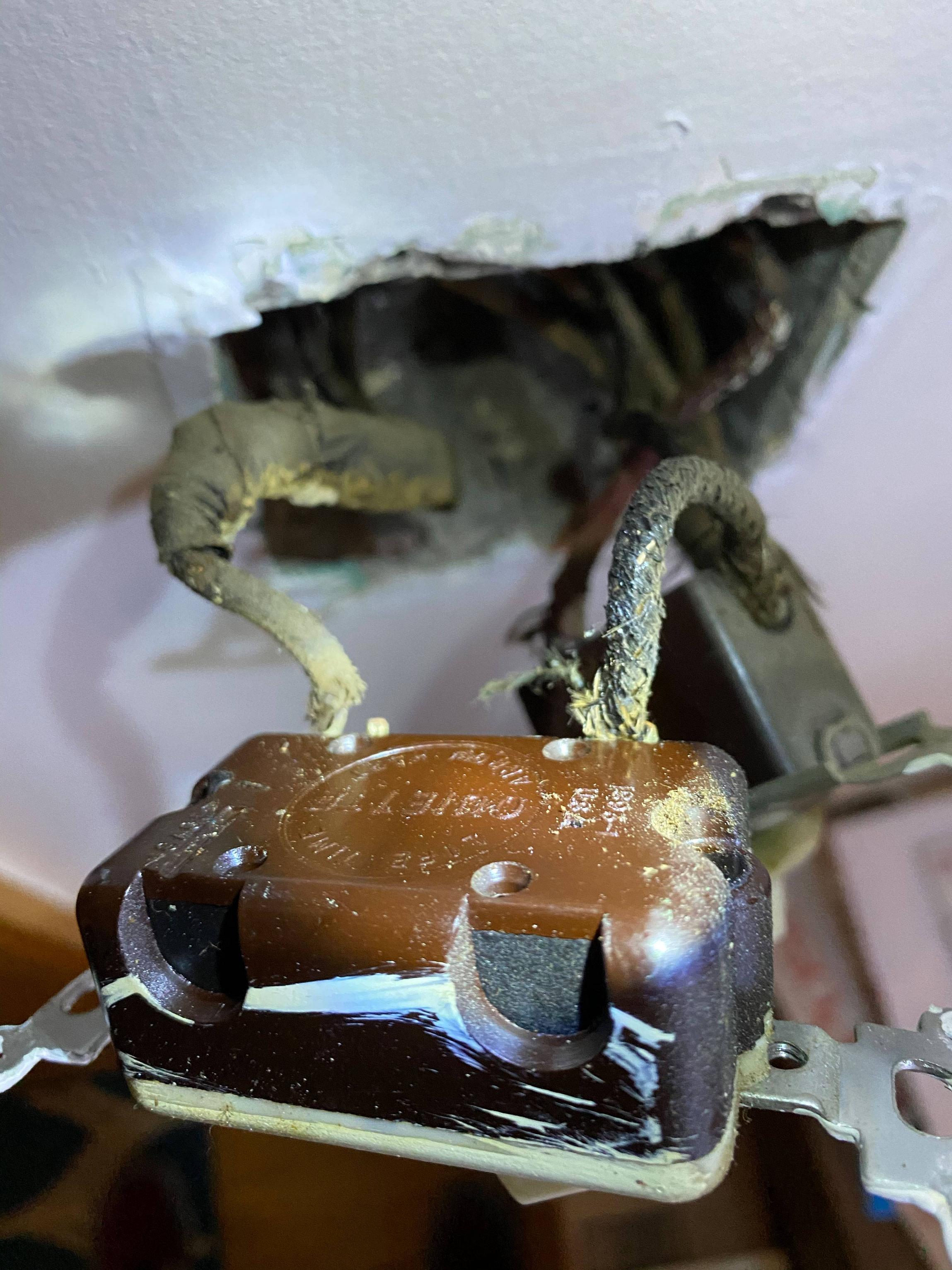 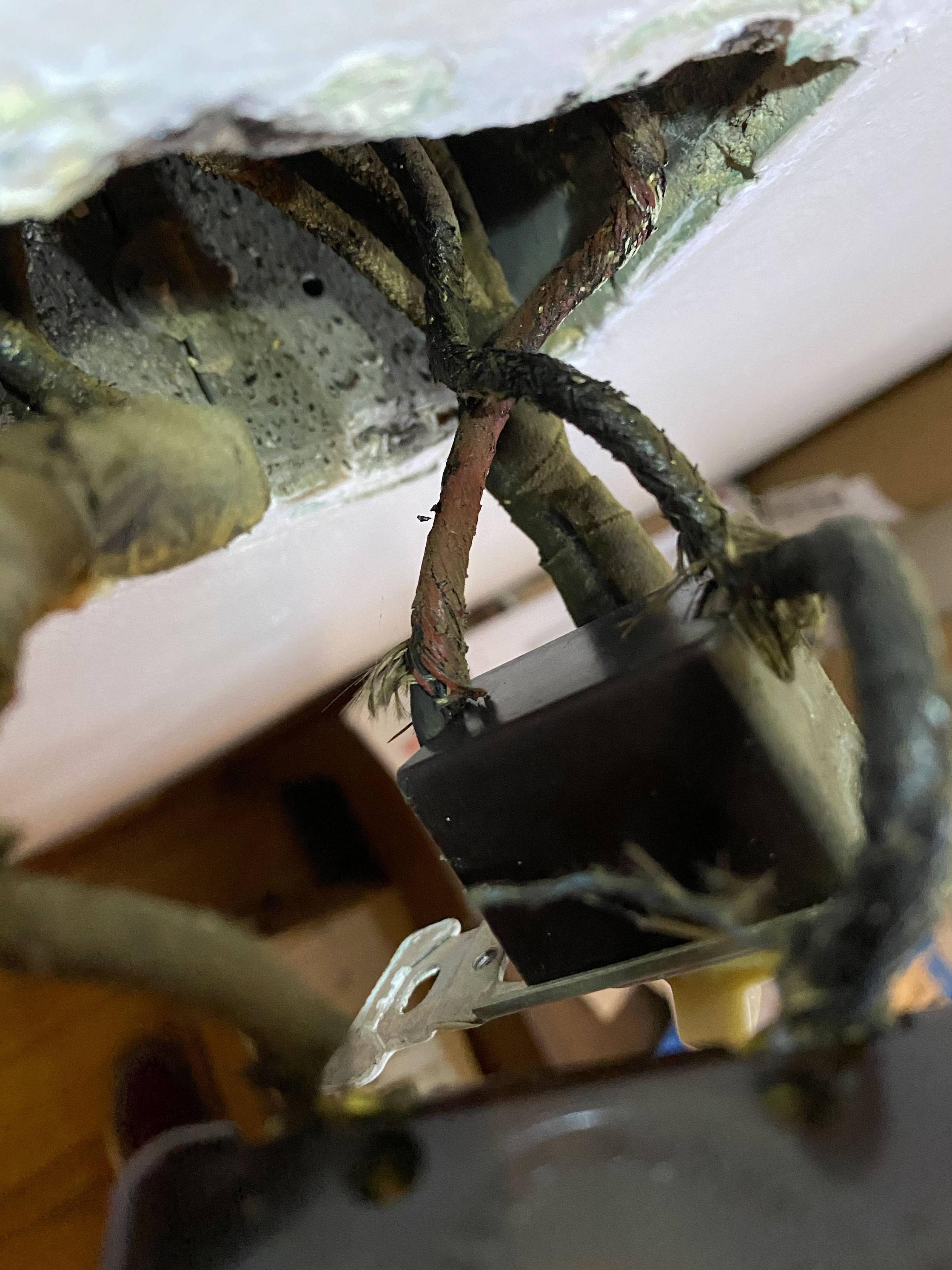 That appears to be a very straightforward setup, with neutrals in the box. You may well lack grounds at that era. You could have had switch loops, but don't appear to in this box.

Switched power from hall switch out on red.

If two switches in a single box are joined, that's nearly always going to be the unswitched power to both.

Not the answer you're looking for? Browse other questions tagged wiring switch wire neutral wifi or ask your own question.