Attached is a markup picture to help identify wiring. This is in the USA. There are wires that come in from the bottom left of the box and from the top right of the box. 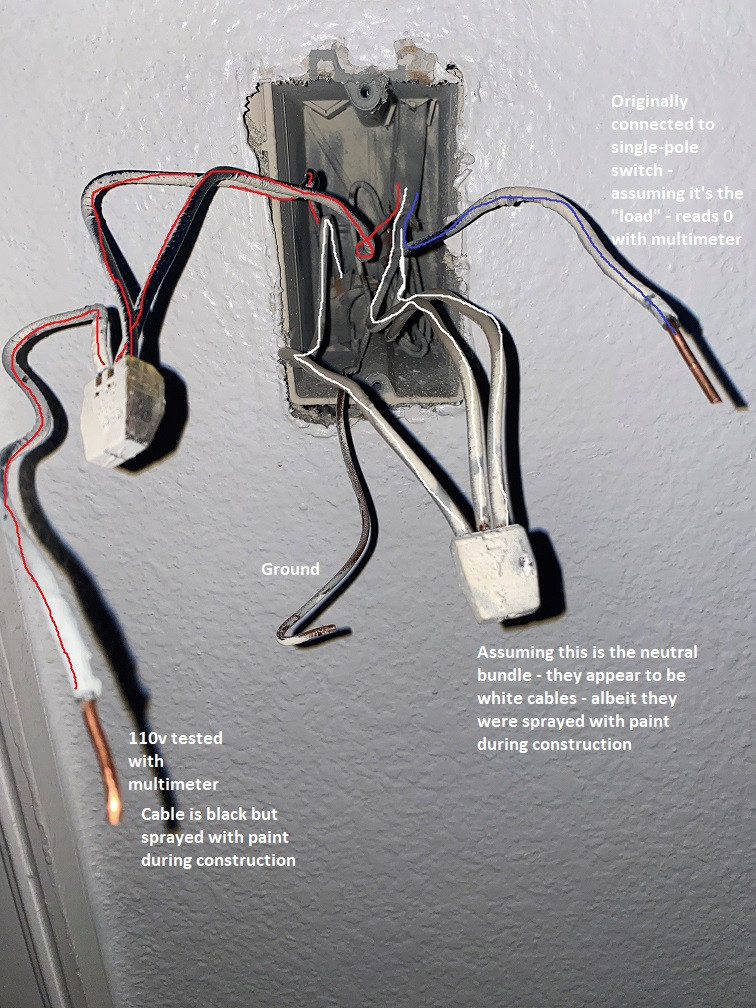 I'm just a DIYer, and I'm trying to replace a single-pole light switch that powers 2 outside lights (same switch on/off) with a smart switch to control these lights for "dusk to dawn".

My Question...how do I add a local neutral for my smart switch? Am I right in assuming the main neutral feed is from the left most white cable coming from the same part of the box as the black power cable that is hot? If so, do I just need to replace the 3 pin push connector with a 4 port connector and add a white neutral cable to it for the smart switch?

I say your assumptions are correct. The neutrals can all be tied together with a pigtail to provide the neutral for your new smart switch.

0
Neutral wires in US, do they run in a hub/spoke pattern on a single circuit or serial?