How to finish this wiring?

We hired electricians to install some recessed lighting in our living room. For complicated reasons, they will not be finishing the job, which only involves installing the dimmer switches and plugging in the new lights, something I'm capable of doing.

They ran two pairs of romex wire (there are two separate sets of lights to be controlled) to a gang box that holds a switch for a light that will no longer be used (I capped the wires and put a plate over it).

In my mind they were planning on using this switch to send power to the lights. However, upon looking in the box, the switch that controls the old light seems to be just completing the hot wire, as there is no neutral wires twisted in there.

Here is a picture of the gangbox where I need to install the two dimmers: 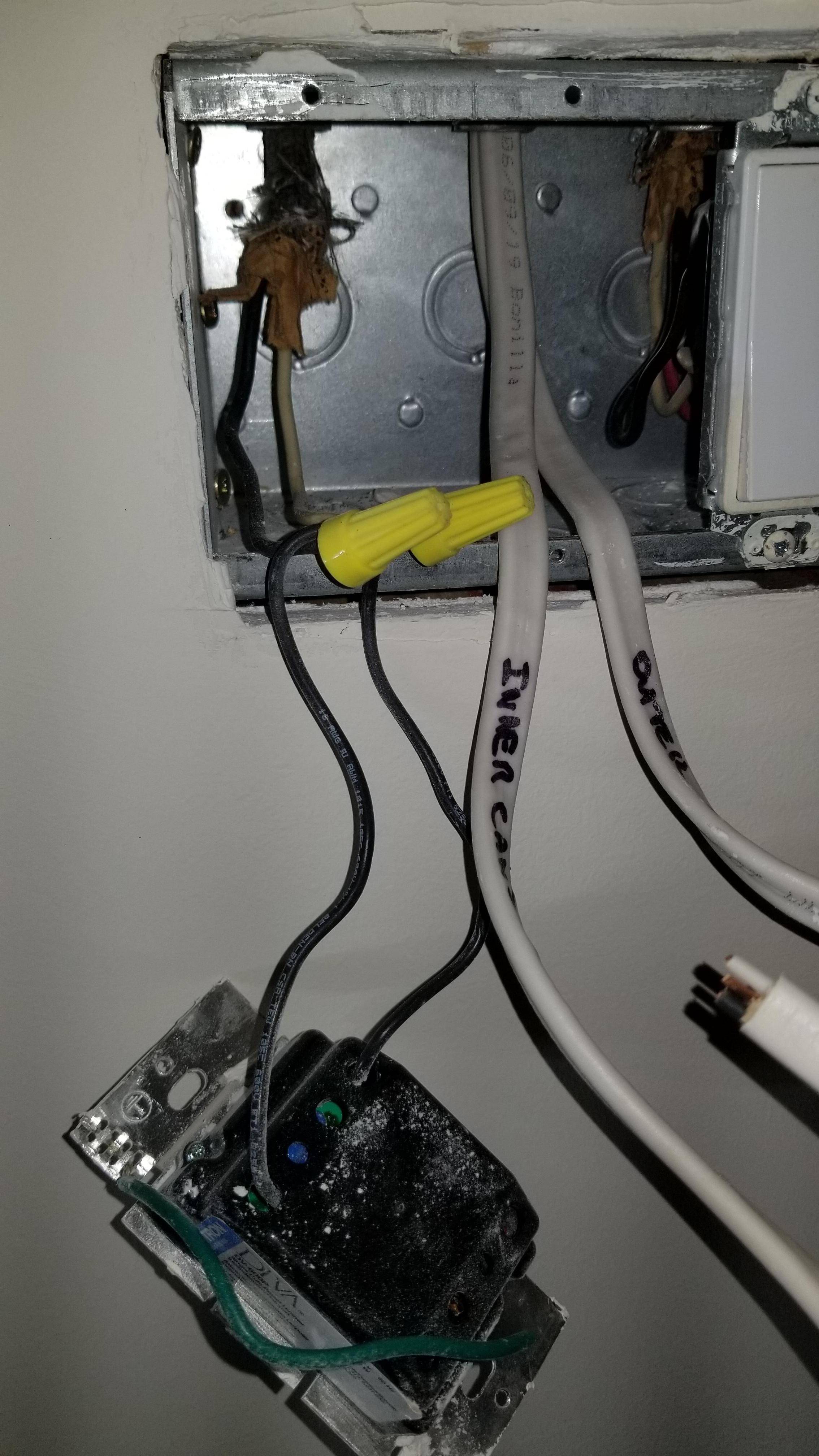 Here is a picture of the junction box that held the old light - it was connecting to the wires capped in orange: 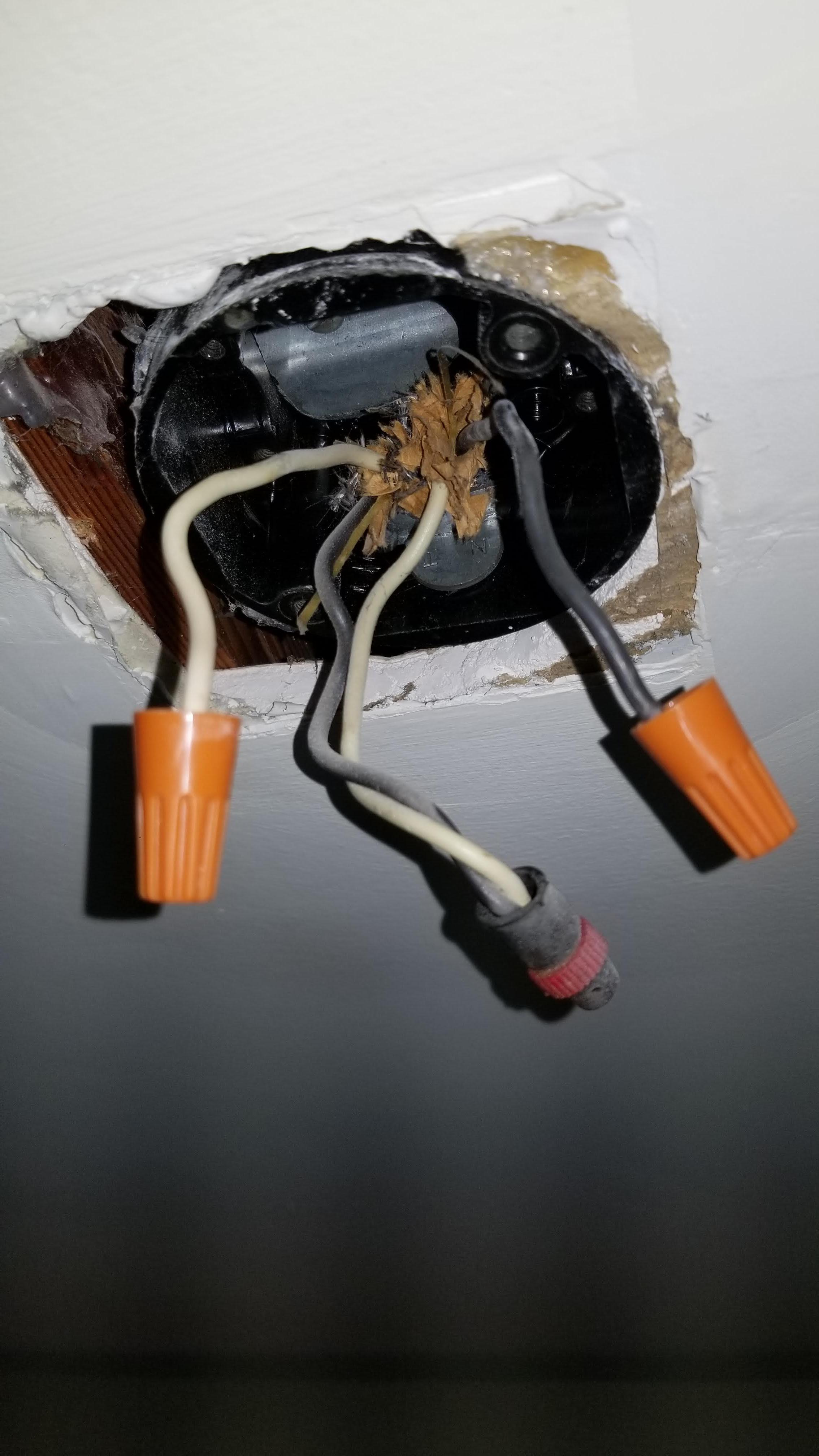 Does anyone know what might be going on here? Here's my best guess, as a crudely drawn schematic:

In my head if I twist together the black/black and white/white wires at the old light's junction box, the black/white pair in the gang box will give me the hot/neutral that I need.

Yes, your black-black strategy in the old junction box sounds right to me.

However, I am concerned about grounds. You need to find out if this junction box is grounded. As you have established, the left cable is only a switch loop, and therefore it must be totally separate from the other switches in that box. The other switches must be supported by other cable(s), and maybe one of these has a ground wire back to the main panel. It is also possible the junction box is independently grounded. If not, then either

You will never be able to bury the old junction box in drywall. You can finish the drywall up to the box and install a blank junction box cover plate, but that cover plate must forever be accessible without tools.

Also do not shorten the now-supply cable any more e.g. by snipping off old wire nuts instead of un-twisting. You don't have any length to spare.

7
How can I replace a light fixture?
3
How do I properly wire this outdoor junction box?
2
Can two light fixture switches share a neutral?
2
Wiring new light switch
0
How should I connect my new ceiling light to this wiring?
0
3 Sets of Wires Confusion
3
New switch has white wire labeled neutral & 2 black labeled line/load, in wall the old 2 wire switch connected by 2 white with 2 black capped in wall?