Replacing 4-wire outlet and didn't label the order -- does it matter?

I'm replacing an outlet that has 2 black wires and 2 white wires. When removing the old outlet, I didn't keep tabs on which black wire was on top and which was on bottom (as well as the whites). I'm not really sure why the order matters (if it does) but I'd like to figure out the proper way to wire this back up.

I had it wired for a while based on what I thought was the right order, but for some reason today I noticed part of the circuit suddenly stopped working; this was triggered by a light switch turning on down circuit I think. It's a motion activated light and happened to switch off just as I was testing the outlet with my voltage detector -- when I tapped the outlet is when the light went out. However, I can't reproduce this. So the outlet just before the new one worked, the new one wasn't working, and the outlets beyond it (including a GFCI outlet) were dead. The breaker nor the GFCI tripped.

I had the outlet pulled out of the wall while testing and noticed a small spark prior to the outlets down circuit going dead -- seemed like a bad idea to leave it as is, so I turned the breaker off until I can figure out the correct order.

How can I figure out which wire goes where (safely)? 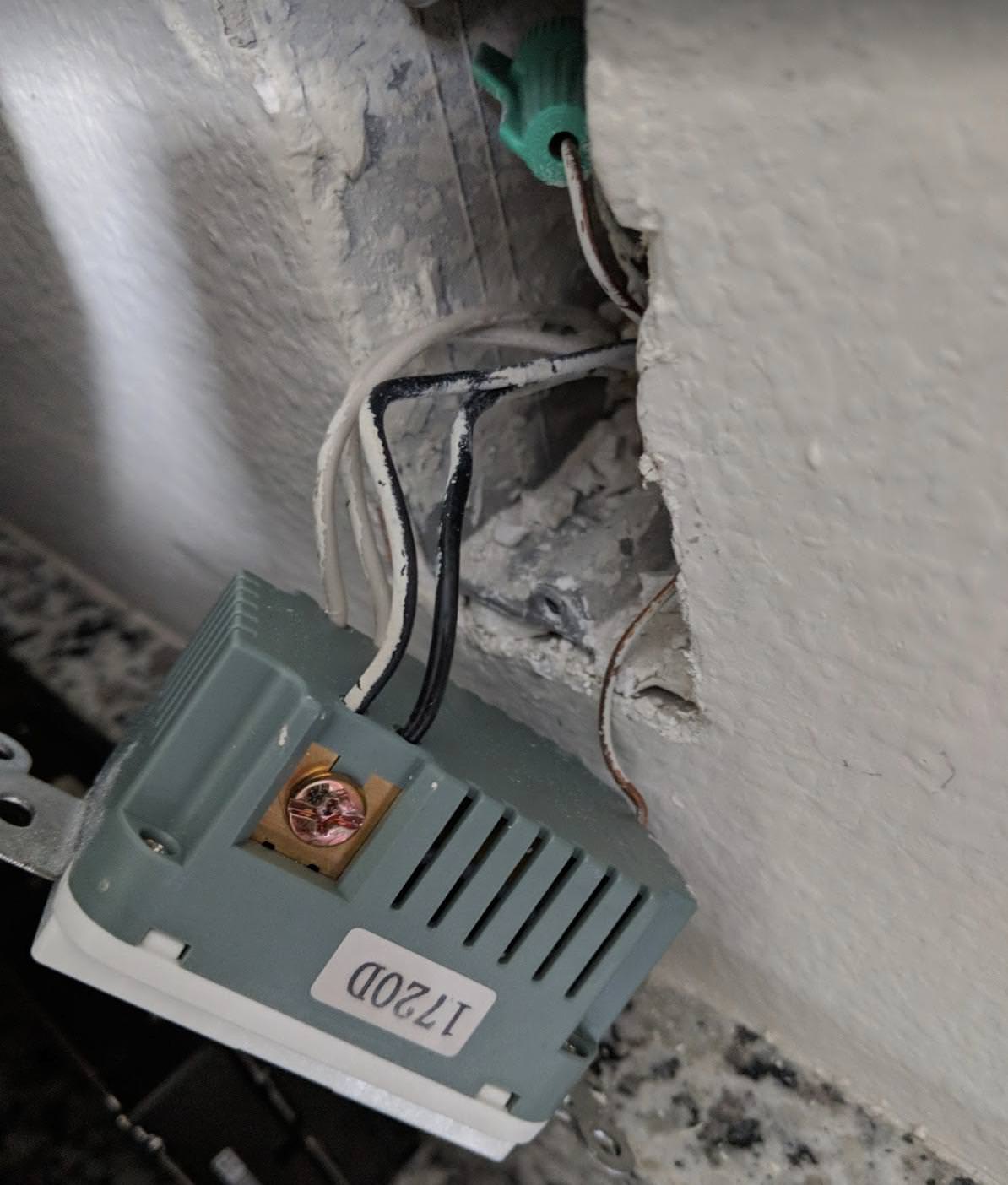 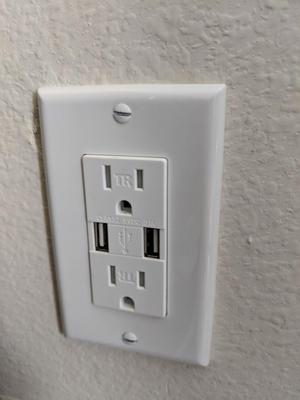 Be careful, the old receptacle could have been a half hot, meaning one wire goes to a switch and the other is always hot. Test both the wires with a meter to make sure. Turn all the switches on in the room before you test. If they are both hot then you will need to abandon/cap off the one to the switch leg. Another way to tell is if you still have the old receptacle there will be a metal bus that attaches both gold screws. If that is removed then it's likely a half hot.

Note @Harpers answer. From everything you are describing you probably have a loose wire or bad connection at the receptacle. The arcing kind of gives it away and no it doesn't matter which conductor is on top or bottom in a standard receptacle installation. If you are still a little cautious you can pigtail the black and neutral conductors and that way you will isolate the problem to either the receptacle or the circuit. See picture try the "B Method". 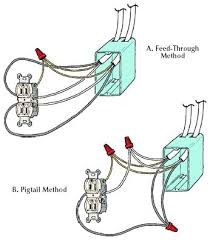 The receptacle, if you look closely, will have a "strip gauge" which shows how far to strip the wires when using the back connections. You need to make sure to strip that far.

Alternately, since this is a "tighten the screws to hold the back wire" type (which is the good type), you can strip a little too far so it doesn't go in all the way, note the excess distance of bare wire sticking out proud of the insulation, pull the wire back out and nip that excess distance off.

The other kind is a "backstab" where you poke it in firmly and a spring grabs it; on those you cannot trial-and-error, because pulling the wire back out (even with the provided release tab) weakens the spring beyond reuse. Most people here find them unreliable, they are for builders who are in a hurry.

1
Shorted a wire and now no outlets work
1
old gfci outlet manufactured with wires coming out of the back of it
0
How to wire half-switched outlet with two black and two white
3
GFCI outlet shape for 20 amp vs 15 amp circuit - what does the little line on the outlet mean?
0
An entire room lost power
1
Smoke and Sparks From Circuit Going to 6 Wire Outlet?
1
Regular Outlet Tripped, Now Various Outlets Are Dead
1
Electrical wiring broken
0
Dead circuit off of GFI outlet