I have a Carrier furnace and have recently replaced the inducer fan assembly in it. The old motor assembly had a piece of sheet metal dangling under it; whereas, the new one does not.

The unit worked fine for one day; however, now, after the main burner ignites, almost immediately all flames and the pilot light goes out.

I feel that the inducer motor cooling fan (looks like a black knob on top of the motor) might be blowing too much air downward and blowing out the flames and pilot light.

Could this really be true? Maybe that piece of sheet metal on the old one helped to block that downward air, and I need to install that old piece on the new assembly?

I tried to see if there were any LED error code lights on the board, but there are not (the board was replaced by a technician a couple years ago).

I added the sheet metal thingy to the new inducer motor and here is pic of what that looks like:

After reinstalling it, the burners and pilot light immediately blew out again, but then later it seemed to work. It has been running fine for 1 or 2 days now. So, I'm not sure what is going on. What would be my next steps, if it blows out again.

PS - After the burners blow out the unit just blows cold air forever.

My suspicion is this: Furnaces that use inducer motors often have pressure sensors that detect whether or not the furnace draft is properly in place. If it is not, the gas to the burners is shut down (I wouldn't be surprised that the pilot is shut down, too, for safety purposes — nowadays most furnaces with inducer motors use electric ignition to avoid the issue). This is actually a good thing. An improper draft can cause big trouble in your house (like everybody-dying-from-carbon-monoxide-poisoning trouble). So this is a behavior you want to have.

Many furnaces have an LED light that blinks an error code when this occurs (my light in in the main blower area, not the burner area, but there is a small transparent window so I can see it... in the dark... with my hands over the window...).

Something getting in the way of a proper draft is more likely your problem. It could be caused by the new motor not having enough umph for the exhaust setup in your house or a pressure switch having become too sensitive over time. It could also be caused by dirt/dust/spider-webs/buildup in your exhaust pipes or something partially obstructing the exit (most are on the roof, but if yours in on a side wall, are there plants grown up around it?)

What's important is to find that LED (I'm hoping you have one) and either getting out your furnace's manual or finding it online and checking out what the error code is. The blink code would happen right after the burners are shut down.

That sounds almost certainly like a flame proving issue although you don’t provide many details. I am guessing there is a circuit board and a flame rod. There are three possibilities, the flame rod is dirty, the circuit board is bad or the furnace is not grounded properly.

I have a 25 year old Carrier furnace of the same model, but larger size (58GFA130) having a similar problem. Turns out the manifold pressure was a little too high, and too much gas can blow out the flame and the pilot upon lighting. It's supposed to be set at 3.5 inches (water column, WC) and it was closer to 3.8, so the repair man adjusted it and all is well.

Your furnace doesn't have a flame sensor/flame rod. This is an old school standing pilot burner. The inducer motor isn't blowing the flame out, if that were the case it would blow the pilot out before opening the main valve. There are no flash codes on the board. The pressure switch is proving appropriately.

Your problem is one of 3 things.

I'm leaning towards number two as the most likely culprit. You may need a tech to check these things out. Unless you have a manometer. 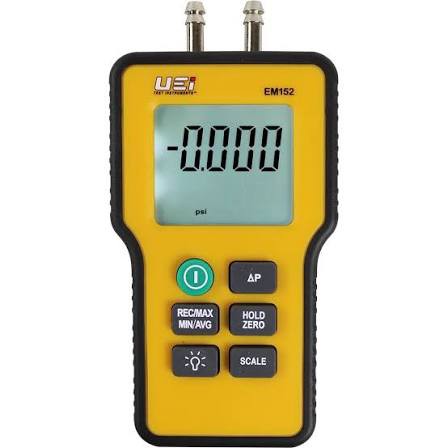 You can make one easily but it's a pain to use. 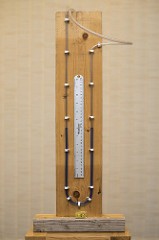 Not the answer you're looking for? Browse other questions tagged hvac furnace carrier or ask your own question.

4
Why does the pilot light go out when the furnace is running?
0
Furnace sometimes fails to ignite, despite extensive replacement of parts
1
Furnace struggles to ignite after new inducer motor
0
Carrier Furnace 58STX110-14122 fan starts the first time, but fails to start at subsequent calls for heat