How to cut away ceramic from a sink that doesn't fit

I need to remove the stem for the faucets from my bathroom sink. However, the people who built this house (10 yrs old so fairly new home) messed up. I think this is what happened. They cut holes in the granite and plywood for the sink, faucets and spout. They installed the faucet and spout first, then tried to undermount the sink. However, since they didn't measure correctly, the rim of the sink hits the hot and cold water faucet/stem. They barely cut enough of the sink away so that it fits but now, I can't turn the retaining nut on the stem because the sink is in the way.

Here's a photo of what happened 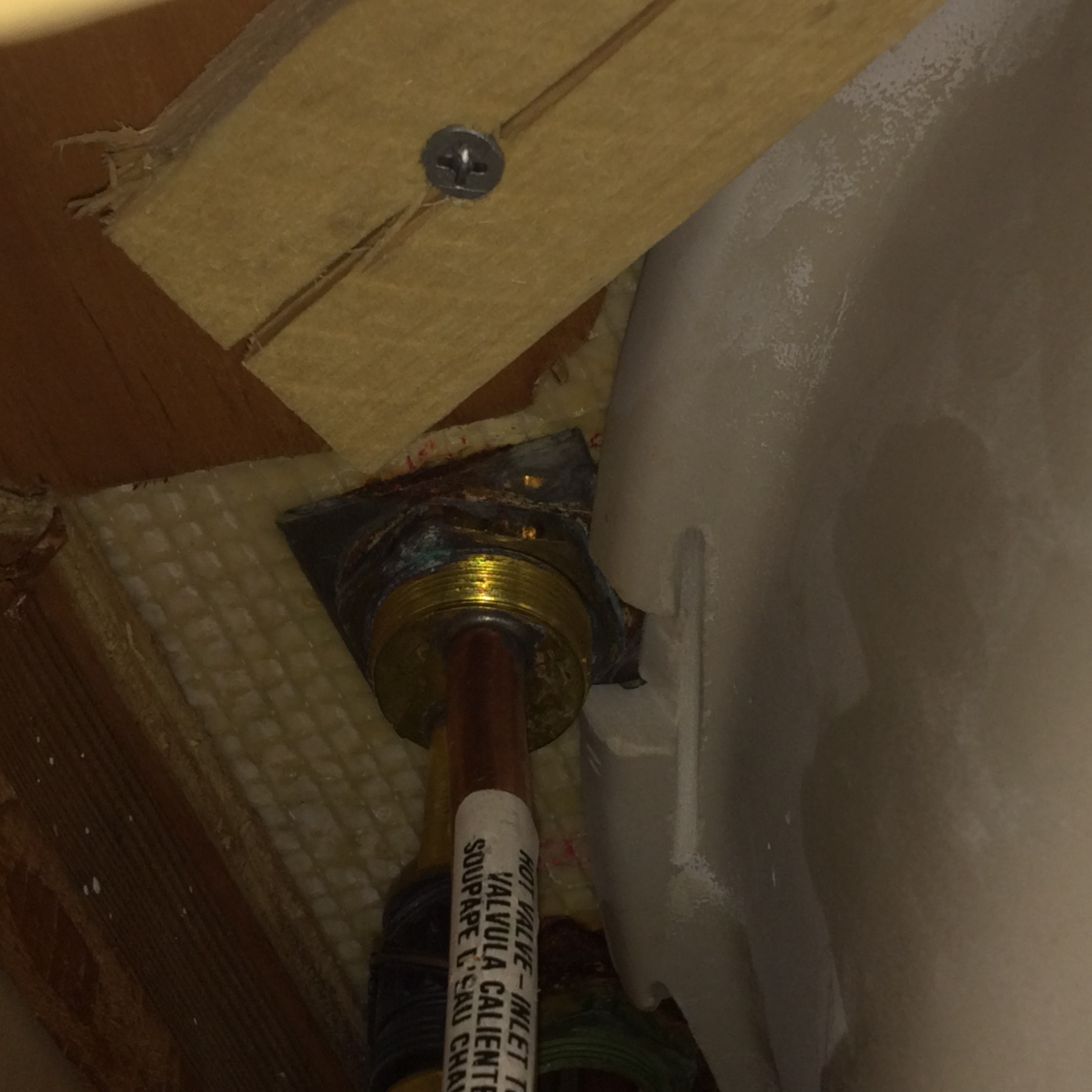 My question is how do I cut away more of the rim of the sink so I can remove the stem? One person suggested to get a "Dremel" and cut away the rim from the retaining nut without removing the sink (less work)

Someone else suggested to take the sink out (which means cut the sealant and caulk, remove the wood holding the sink, remove the piping) and cut it with a tile cutter. Or instead of cutting, do this every time we need to replace the stem, which seems like a lot of work.

Which is the best/easiest way such that a noob like me won't mess up? Both ways I'm a little concerned because if I mess up and destroy the sink, I have to replace the granite, along with the sink since I don't think I'll find a sink that is the exact size as the existing hole.

To that end I would still recommend a Dremel tool with a cut off tool and a decent pair of eye protection goggles. Use the Dremel to cut completely through the retaining nut on two or three sides if possible. See cut areas as suggested below on the flats of the nut so there is less to grind through: 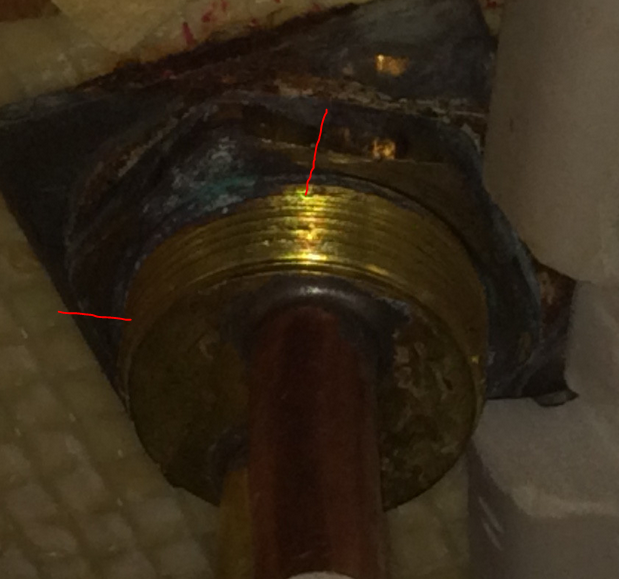 Once cut through you can use a flat blade screw driver to widen the cuts and pull portions of the retainer nut free from the stem threads. Since we are assuming replacement here the fact that the Dremel cut off tool will grind into the stem threads is of little concern.

When you go looking for a faucet assembly look carefully for one that has a long threaded part that will extend down below the lip of that butchered sink. This will allow you to slip some tubing (even a short piece of PVC pipe would work) over the threaded part offset where the new retaining nut and washer will tighten to. From the looks of it the tubing should be able to clear the butcher slot cut in the sink lip. If the PVC type tubing has too thick of wall a piece of brass drain pipe would work too. Just make sure the tubing is cut nice and square on each end.

Not the answer you're looking for? Browse other questions tagged tile faucet sink cutting or ask your own question.

1
Bathroom faucet drip
8
How do we convert our drop-in sink to an undermount one?
1
How to choose a kitchen faucet compatible with old sink and new counter top?
6
how to unscrew faucet valve stem when it's stuck?
1
How to remove sink faucet pipe from shutoff?
1
How to replace valve cartridge on Kohler DevonshireWidespread bathroom sink faucet
4
How to seal straight-thread faucet shank / nipple to the faucet?
0
Can a mini-widespread 3-hole sink faucet with 4-inch spread be replaced by centerset or widespread?
0
How can I remove this piece from my bathroom sink handle?