What could explain a large hole above water heater vent pipe?

An inspector found the following anomaly during home inspection on a home built in 2007. 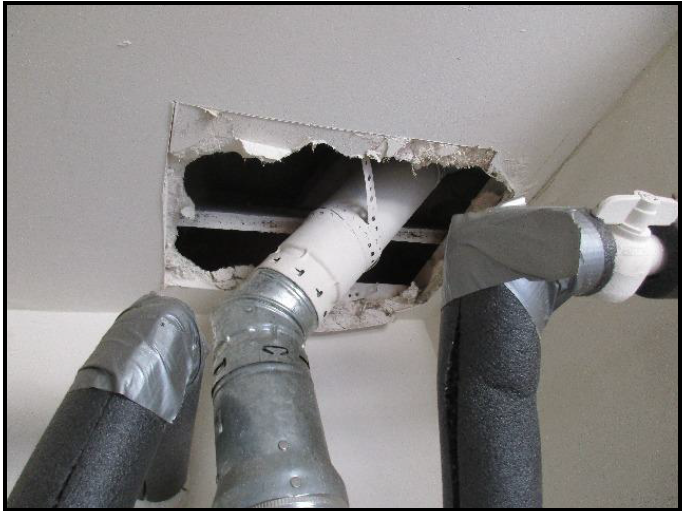 When homeowner was queried about the cause, he said it came like that when it was built (homeowner is the original owner).

Personally, I doubt a homeowner would buy a new home in that condition. Assuming that the new home was not purchased in that condition, what would cause such a hole over the water heater where the vent pipe enters the ceiling (aside from someone vandalizing the home or falling through the ceiling)?

I could understand a hole under a water heater if it were on the second floor and leaked. But, what about a hole above a water heater located on the first floor in the garage?

It looks pretty obvious to me. Whoever installed the water heater vent intentionally scored the drywall to make a hole for the vent to pass through. I can see the square cut made by a utility knife and they used a hammer to break out the drywall. Then whoever installed the vent did not finish the job by repairing the drywall keeping proper clearances etc. It is just a sloppy job.