Are my direct-vent water heater flues installed in a standard manner?

We recently moved into a property with 2 water heaters installed in the basement. During the inspection, we were told that the water heaters were relatively new, but the exhausts were "odd". Yesterday, we had a strong gas smell in the basement and promptly called the gas company. The representative told us that the cause was a downward draft of the flue gas.

A plumber came by and told us that he hadn't seen such an exhaust, and at first recommended we change the entire water heater, and after a while (seeing the neighbor's setup) told us to change the exhausts.

I have attached 2 pictures of the exhaust installation.

My questions are: Based on the pictures, is this a normal setup?

There is silver HVAC foil taped around the vent. I removed it off one exhaust and experienced a draft of air coming down in the basement, near the water heater. Would it help to reseal the duct with foil tape, poking holes in it, so the exhaust can escape? This would be a temporary measure till I get some more opinions/estimates. 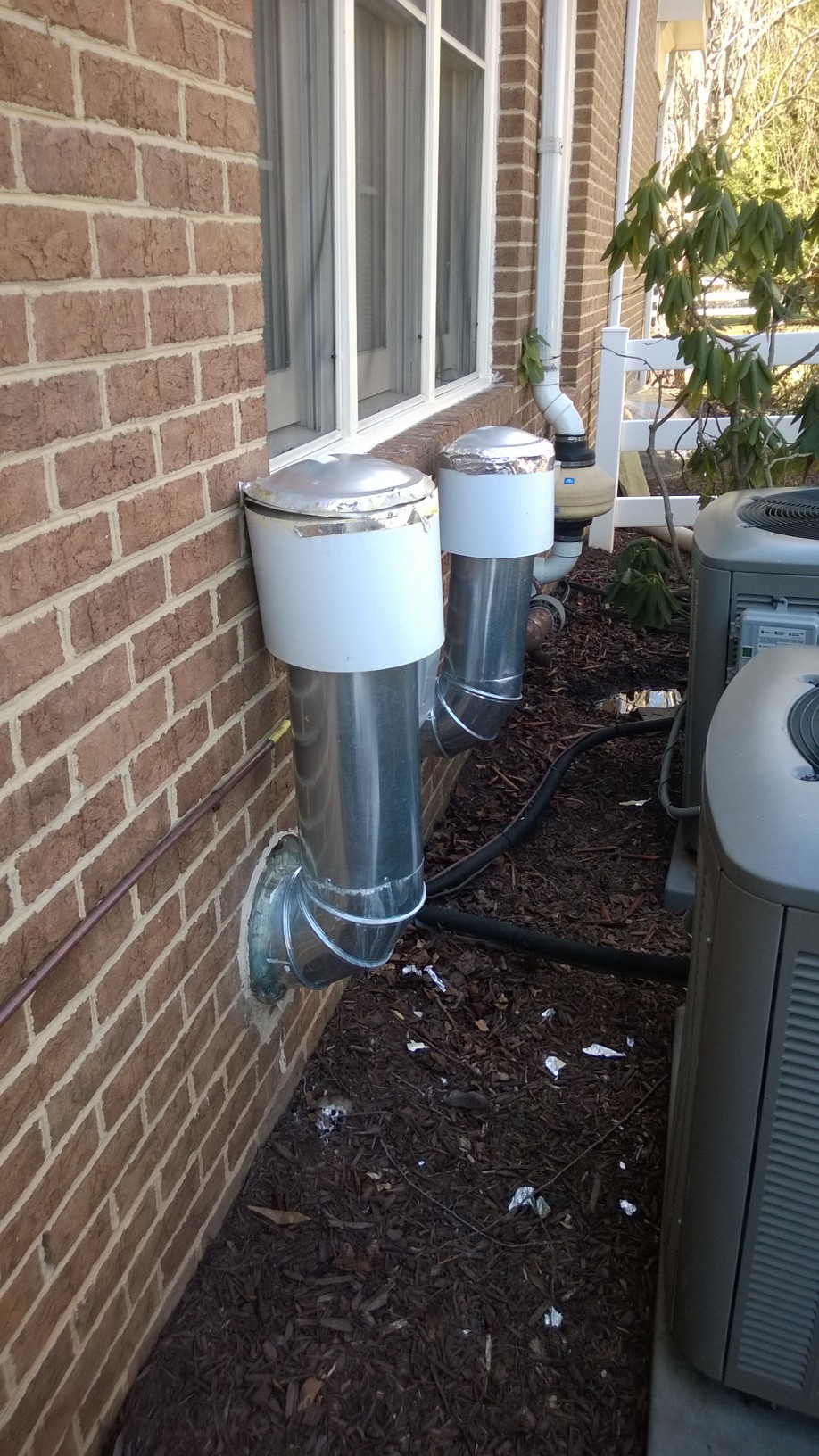 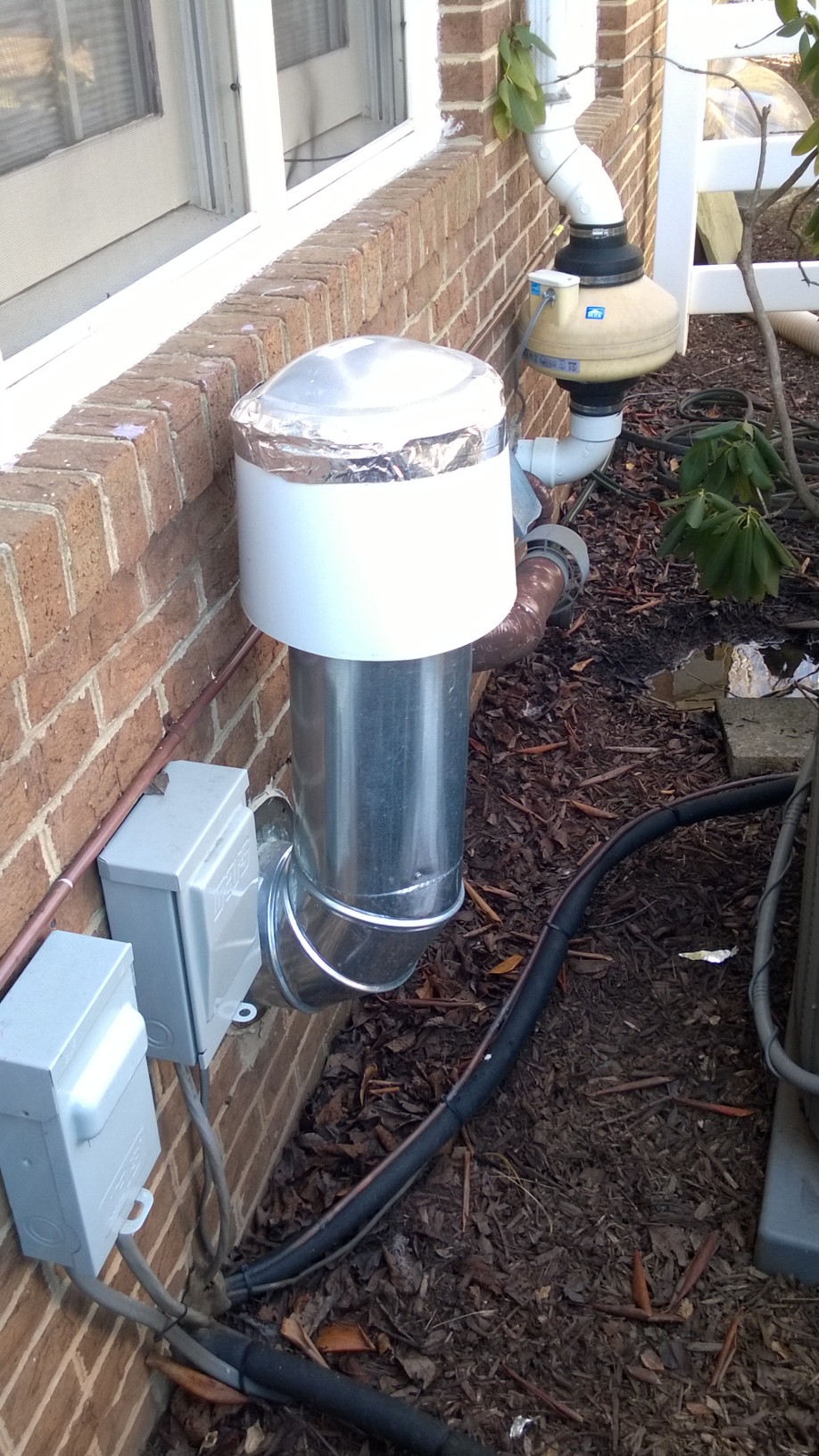 This is not a good example as the venting pipes are right below some windows which can leak exhaust gasses back inside the residence. This would be illegal in the state of Michigan.

I suspect this is a very well sealed home and insufficient fresh air is entering to permit the unrestricted exit of flue gas ; so some flue gas is released in the house. If so, There must be some duct to permit outside air to enter the house. I added a duct ( about 8" X 16" ) that brought outside air to a gas furnace in a situation like that.

Not the answer you're looking for? Browse other questions tagged water-heater exhaust or ask your own question.

0
Can I add elbows to move a b-vent exhaust?
0
Is this a Direct Vent Water Heater?
0
water heater vent
3
Tankless water heater requirements
7
Why does my water heater's drain line rejoin the outlet pipe?
2
Re-routing discharge pipe from hot water heater's T&P relief valve
2
question about supplying gas via multiple lines to a water heater
0
Can I have a shared exhaust flue for a high efficiency furnace and tankless water heater?
0
Will condensation form and be an issue on an aluminium duct venting water heater exhaust?