Can deterioration of chipboard damaged by steam be arrested?

I have a built-in dishwasher, just below a kitchen worksurface made of Melamine Faced Chipboard.

Steam released when opening the dishwasher at the end of a cycle has started to cause the chipboard to delaminate.

There is an aluminium protection strip, put there by the original professional installer. This has protected the surface for the past six years.

If the board were soaked and swollen, then it would clearly be a write-off. However, the damage is slight and, as it is the only bit of damage in the entire kitchen, I would rather not have to replace it if it can be avoided.

Could I glue a protective strip to the underside of the worksurface? Is so, what material and what adhesive would provide the best protection?

As an aside, in the meantime, we have stopped using the dishwasher. This will allow the chipboard to become fully dry before any work is attempted. 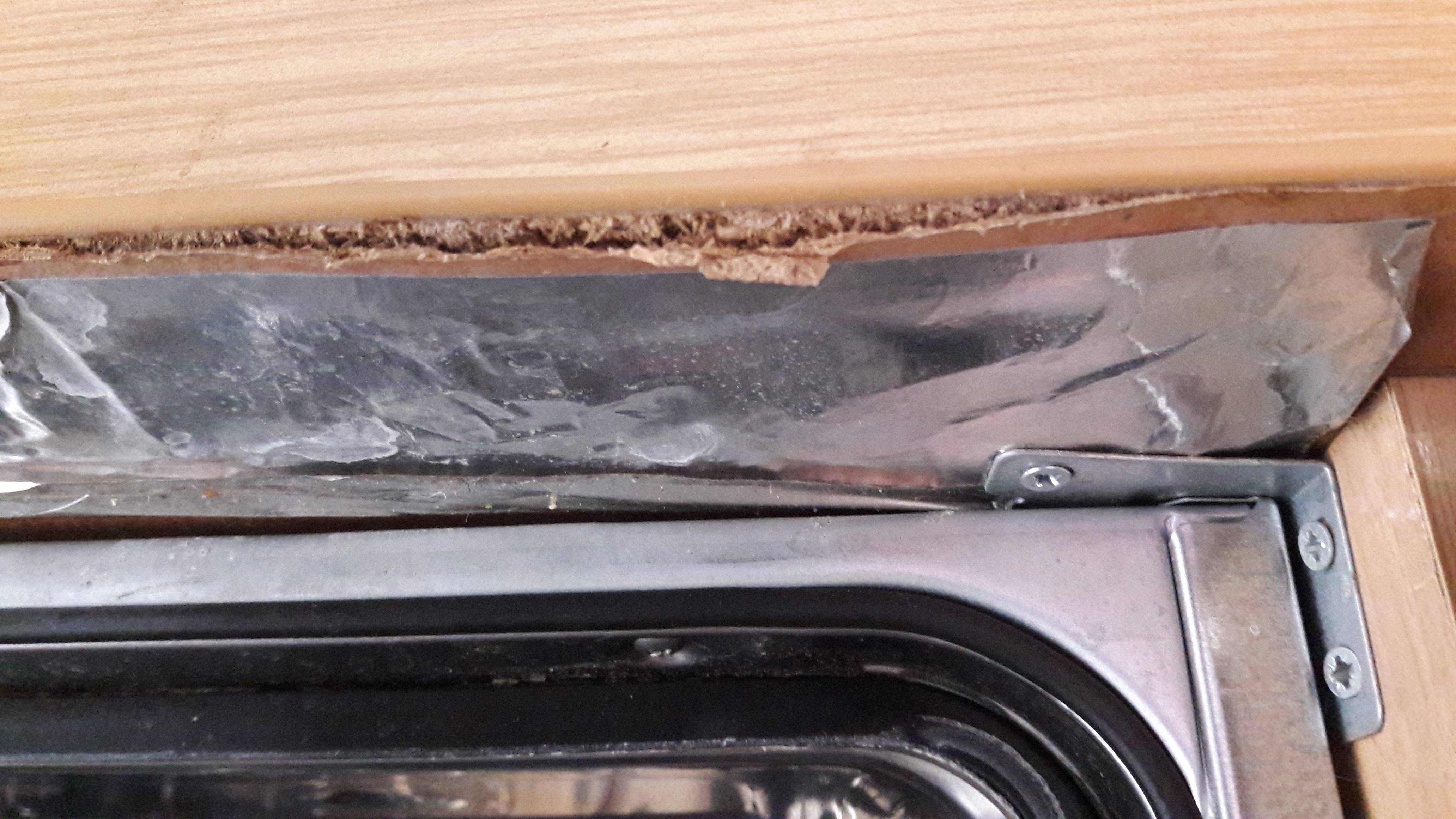 You might be able to inject some wood glue into it, and then use C-clamps (and a straight piece of 1/8" (or thicker) steel or hard wood) to really squeeze it flat. If it works, then I would lightly sand it with some 180 or 200 grit sand paper, and seal it with varnish.

However, if it doesn't turn out quite right (still swollen), then you should sand it flat (maybe a belt sander or a pipe sander would work in this tight space) and then go with the accent strip as suggested by Ed Beal. If you happen oversand it (oops), you can fill in the divot with wood putty (to make it flat before covering it with a strip).

Once the chipboard has dried out a sealing paint can be used to encapsulate the wood fiber. Once the Melamine starts buckling it is tough to seal unless removed and a new strip installed after sanding filling then sealing.It may be tough to get a close match on the color but this method should provide another 5+ years. You could even use a different color to make a accent strip. standard counter top adhesive contact cement like this will hold the new strip in place if well prepared.

Not the answer you're looking for? Browse other questions tagged repair adhesive protection melamine or ask your own question.

2
Can a Dishwasher that automatically opens the door damage my kitchen cabinets?