I have a drainage problem in the bathroom.

Moreover, when I have a shower, the water floods quickly and it takes a very long time to drain!

I have taken photos, annotated, and attached them here. I hope the photos will help give you some idea of the drainage system. 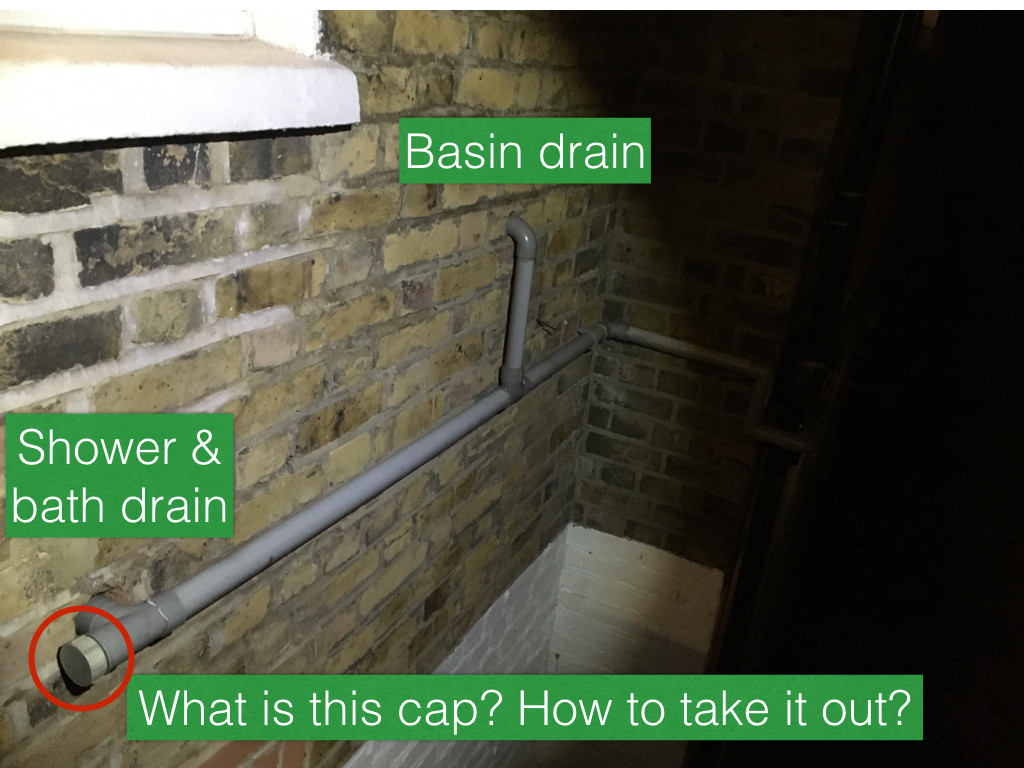 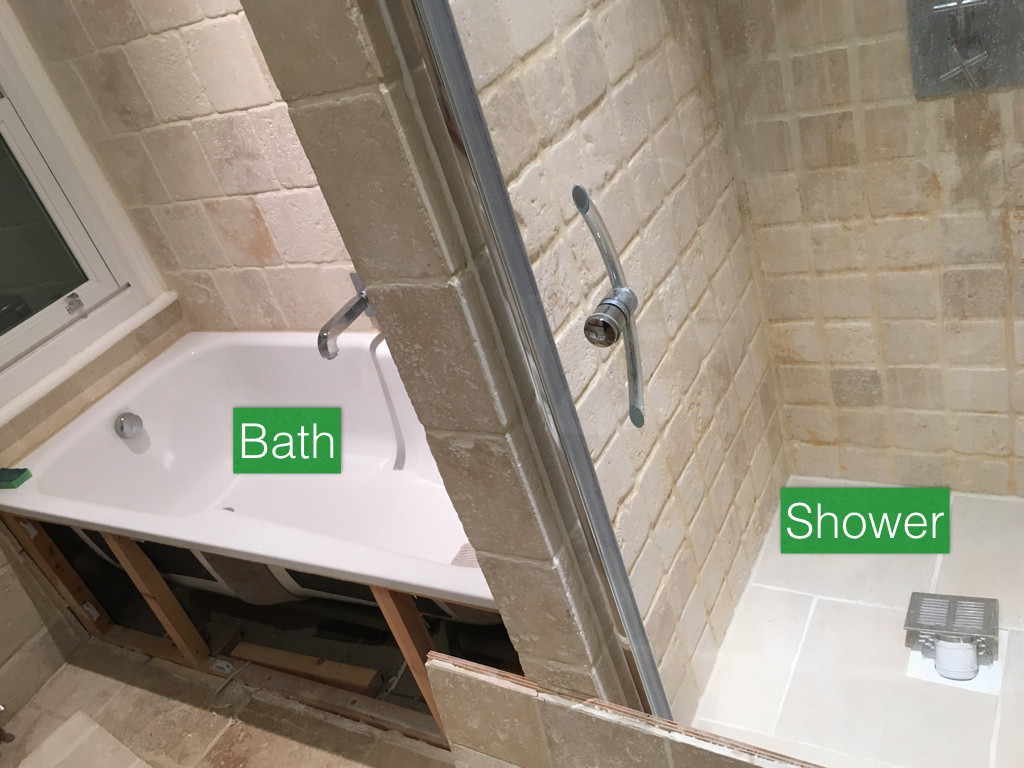 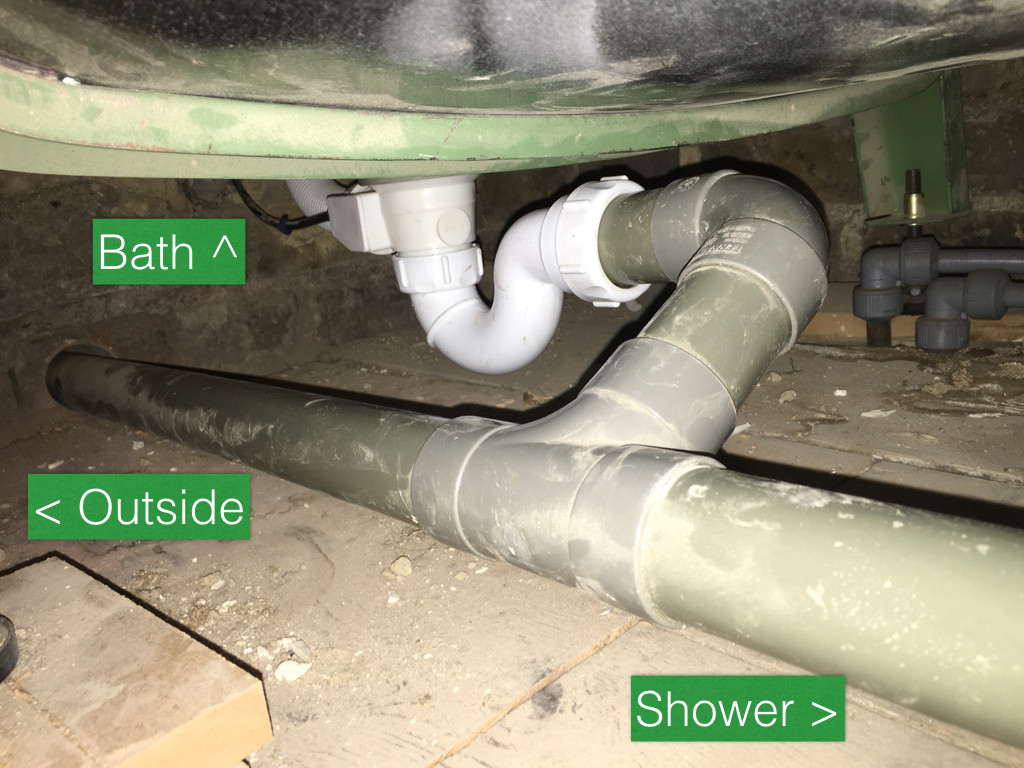 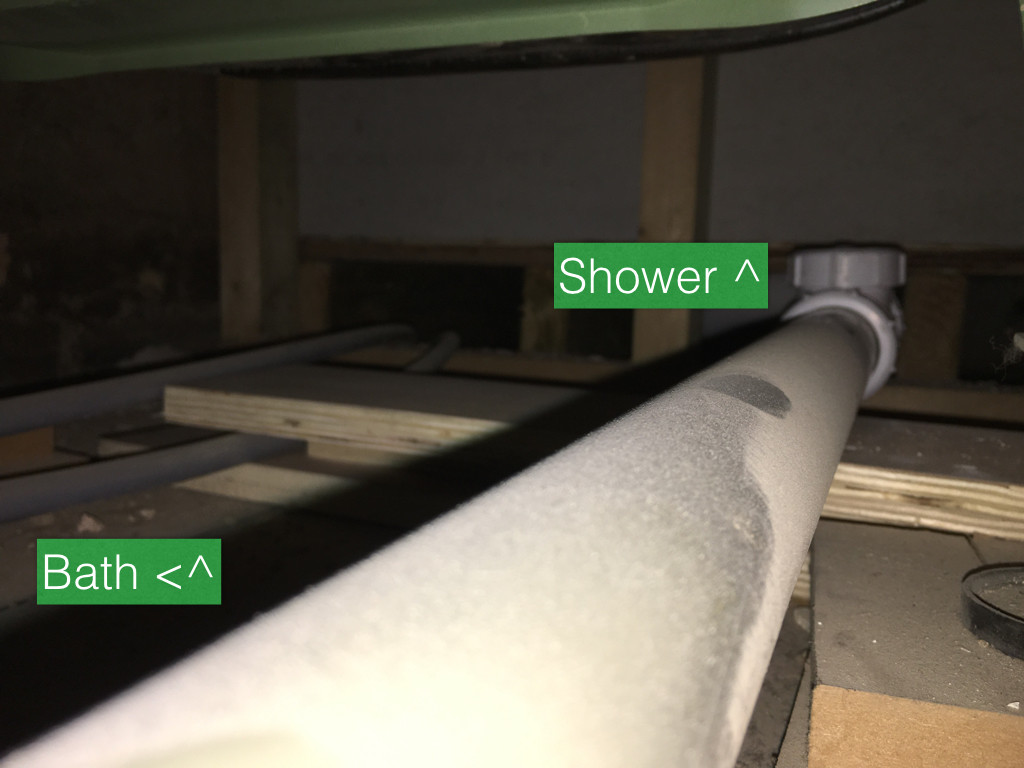 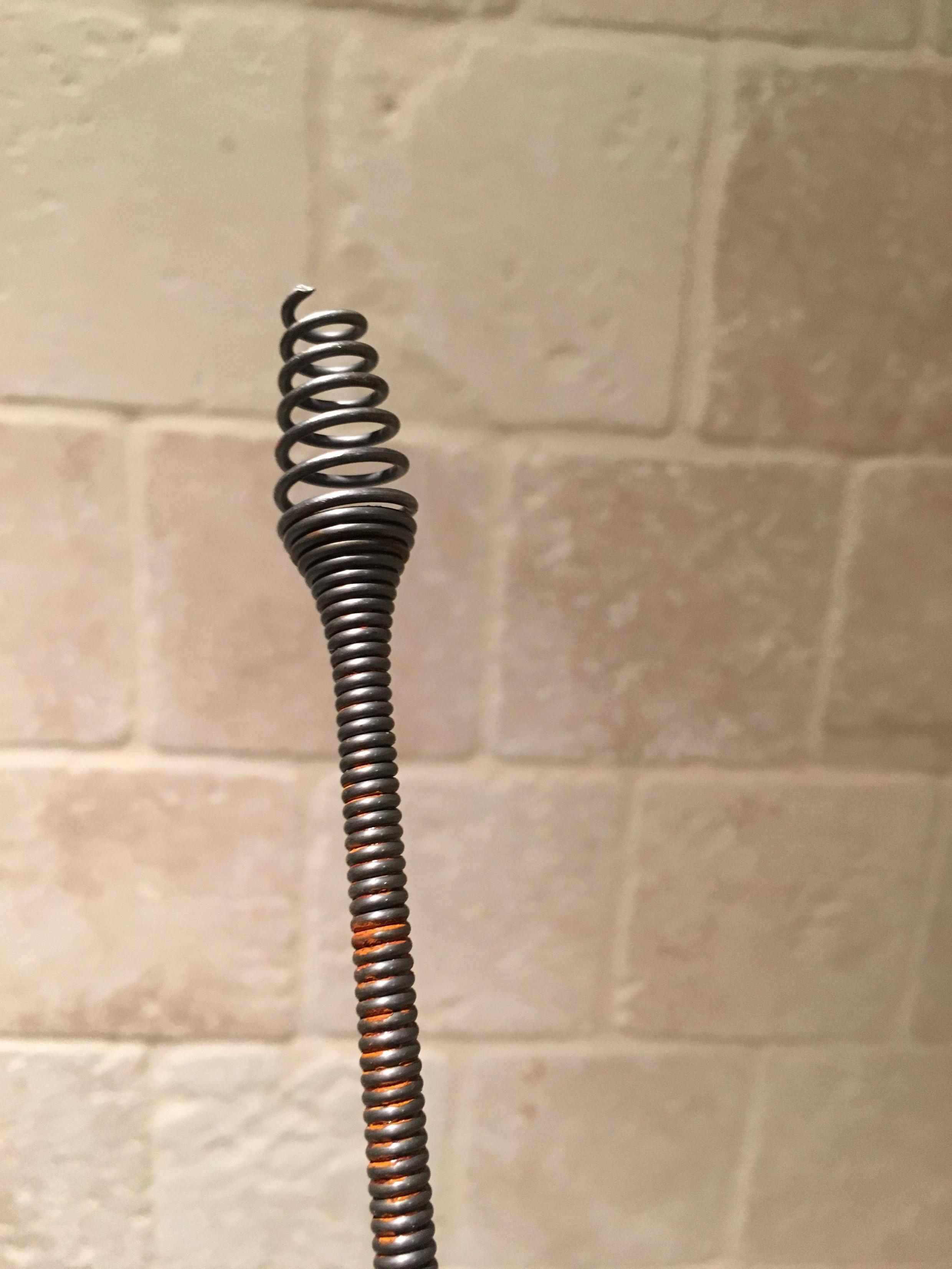 I've tried clearing the blockage using a very long metal cable with a hook at the end (see attached), but this finds nothing and also it eventually hits something very solid and can't go any further (judging by the length, I think it's at the beginning of the piping outdoor - i.e., at the point where it exits the wall).

So, I suspect there's a lot of blockage in the piping outdoor (see the outdoor photo) rather than indoor.

UPDATE: another point I should share is that when I run the bath and keep the drain opens, the running water goes out ok without flooding the shower. It's only when I fill up the bath and then drain it when it floods the shower. I'm guessing this is because of a) the pressure a full bath has on the drainage system, b) the blockage isn't 100% - more like 90%.

I will really, really appreciate any comments and/or answers you may have. :-)

Assuming this is a newly manifested problem in and otherwise regularly functional drain system, there are 2 things to do first:

It's hard to tell from the photos, but I don't think you have enough slope on any of your drain lines - they almost look level - and this can lead to accretions in various areas. That might explain why you are having issues. It may have been installed by a dummy. That could help to figure out why the problem is manifesting itself. It's common for tubs to exhibit clogs only when draining a filled tub as the rate of flow of water is highest then. You also might want to put some sealant around the pipes where they exit through the brick. Very unprofessional.

If these two steps don't work, then it's time to get a plumber. Get three quotes and pick the guy you like best - not the cheapest guy.

The answer given by @personal-privacy-advocate is fairly sound advice however I would add the following:

1
Toilet, sink and shower blocked
2
dripping water from the shower area
0
How can I improve the drainage rate from a new walk-in shower?
0
Blockage in bendy pipe
2
Toilet and shower will not drain
1
How can I relocate this drain to accommodate the new shower pan
1
Kitchen sink backing up with no apparent blockage
1
How to deal with backyard flooding?
2
Slow water drainage, then air bubbles from shower drain