how to drain a single loop in one of my heating zones?

I have baseboard hot water heat. In one of my heating zones, there are three "loops". (i.e. shortly after the supply leaves the zone valve, the pipes split in three directions. These pipes then eventually join back together and return to the boiler.) One of the three loops supplies just a single radiator in our mudroom.

Short story: I want to be able to shut off that loop most of the time but still have the ability to run water through it and heat it again if for some reason we decide we want to.

To this end, I put a ball valve on the supply to the mudroom and plan to put another on the return line before it joins with the other returns. The mudroom return line already has a drain spigot and what I believe is a one-way valve (I'm not sure though - correct me if I'm wrong). 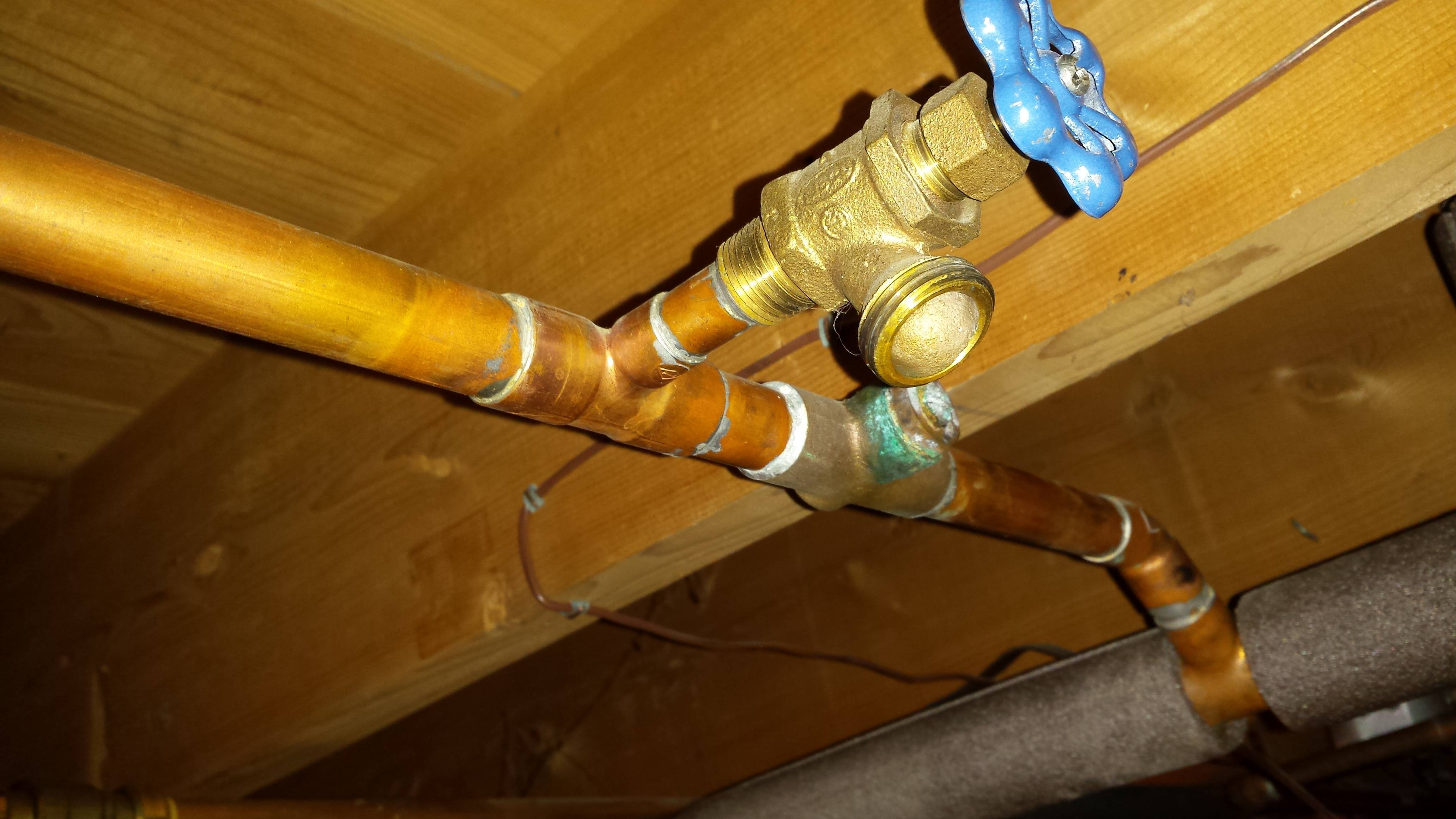 Here is a closer shot of what I think is the one-way valve on the return. Water flows from left-to-right in both photos. The tee connection on the right is where water returning from the mudroom meets up with the other returns. 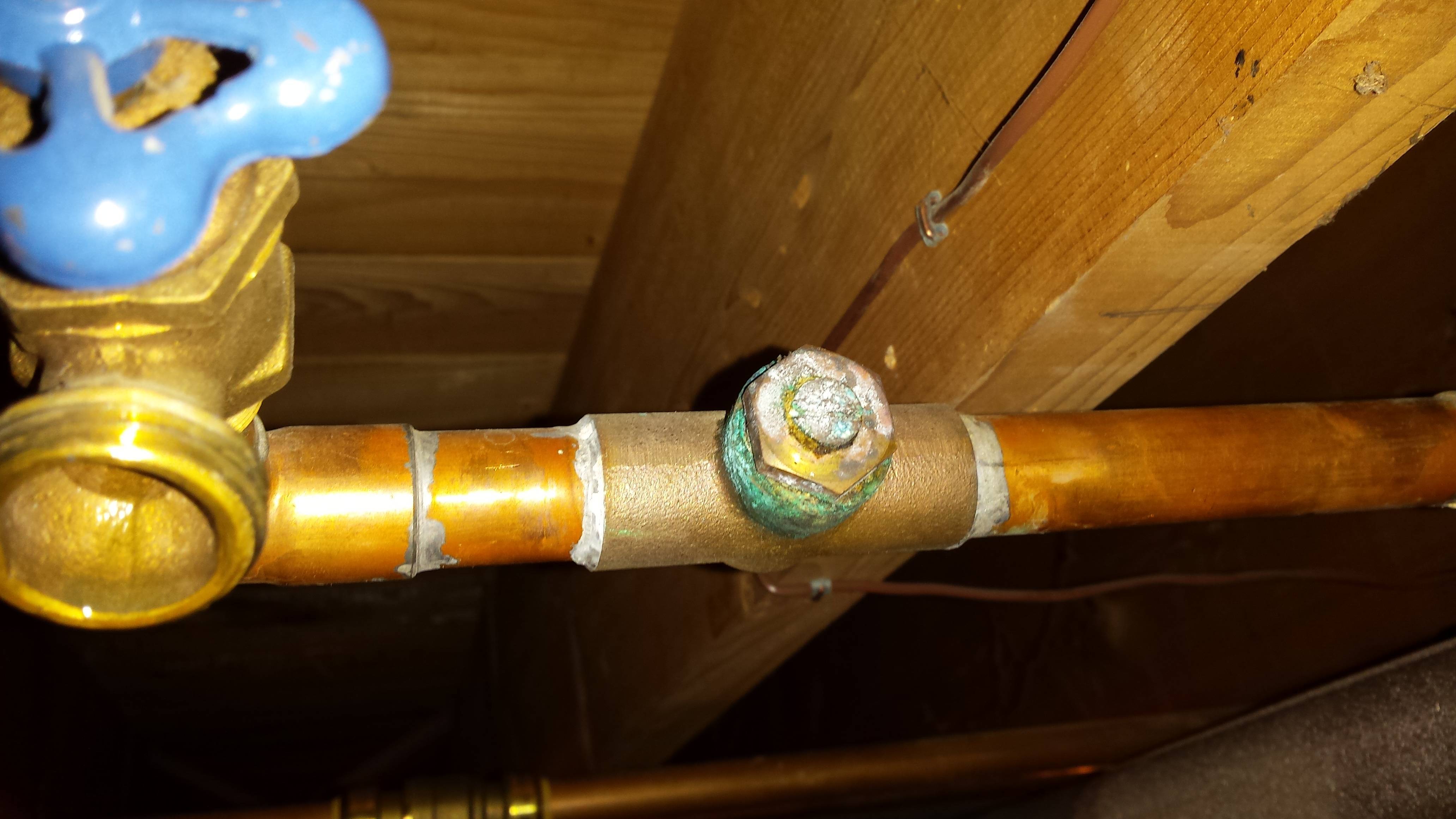 After I put a ball valve to the right of the one-way valve, I will be able to isolate just the mudroom loop.

My question: If I turn both the supply and return valves to "off," how can I remove all of the water from the loop? I don't want water in the line in case it freezes.

When I cut into the supply line to add a push-to-fit ball valve, I had a hose attached to the pictured drain spigot. I expected the water to drain right out after I made the cut, but it wasn't a whole lot more than a trickle. This surprised me, as I assumed air would flow in through the cut pipe to replace water running out the spigot. When I blew into the supply (toward the radiator and toward the open spigot) I was able to push a good deal more water out. However, I won't be able to blow into the supply line now that a ball valve has been inserted where it used to be cut open.

Thanks for any help or insights.

Long story: I live in Maine and have a woodstove which heats most of the zone very well. However, heat from the stove does not reach the mudroom, and on cold nights I am afraid that the pipes in the mudroom might freeze (the zone rarely circulates when the stove is operating). I know one solution would be to put the mudroom on its own zone, but that is more work than I can do right now. My simple solution is just to cut out the loop that serves the mudroom, and I'd like to be able to include it back in relatively easily if possible. Hence the ball valves instead of just capping the lines. And yes, I know that I will need to purge air from the zone each time I either remove or add back in that loop. I don't plan to do it often, I'd just like the ability to do so.

You can blow the water out with a purge gas, such as nitrogen, or consider adding glycol to your water system as an anti-freeze.

Below is a picture of Propylene Glycol: 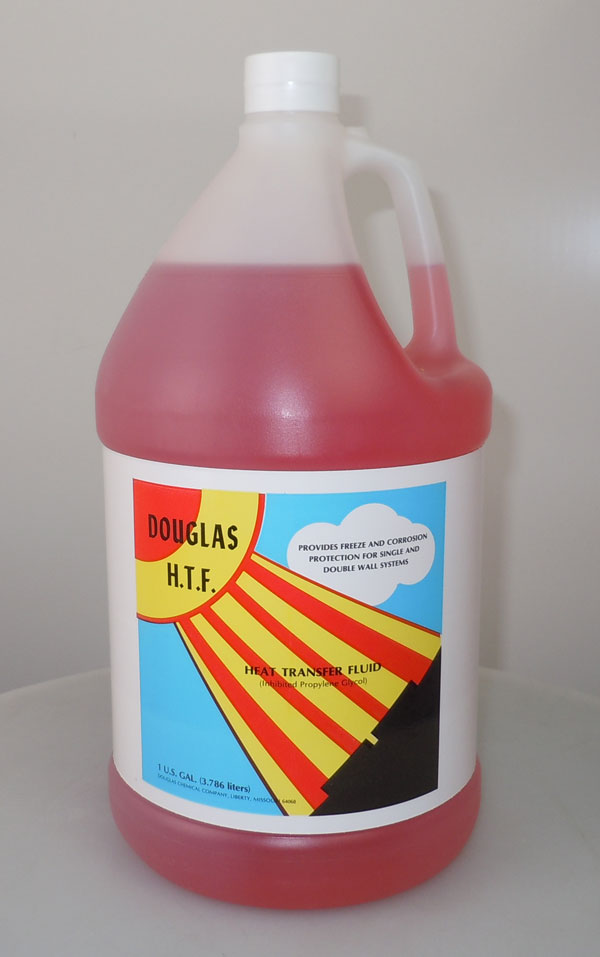 Pay attention to manufacturers recommendation. Also, by the looks of your pictures, I would have an alkalinity test done on your water. That build up around the joints looks like acid. If it is acidic, then your copper will start to deteriorate and cause leaks.

I appreciate the suggestion to add anti-freeze to the system, but because I'd like to see what it's like with the mudroom completely removed from the heating loop, I simply added another spigot on the supply side. Now, with both ball valves closed (isolating the loop), I can open both spigots (they are on radiator side of valves) and drain the water between them.

Not the answer you're looking for? Browse other questions tagged plumbing boiler hot-water water-circulating-heating or ask your own question.

1
How can I purge air from a baseboard heating system with the spigots on the wrong side?
4
heating zone stays hot even when the thermostat isn't calling
1
How to isolate a baseboard heater circuit, drain, purge?
2
Water radiator system has single loop instead of flow & return pipes — does this make sense?
0
How do I bleed a noisy radiant heat system?
1
Sizing a circulator pump in a closed loop heating system with multiple zones
0
How do I purge the air from a hot water furnace with zones