A gas tech had told me that we have a wrong type of adaptor connected to steel elbow. See image below.

The gas tech pointed to the elbow joint, but did not tell me what kind of joint I needed to use. Does someone have any idea what can be wrong with it? What kind of adaptor is needed? Thanks.

The elbow looks good, but what happens after that seems to be a mess. 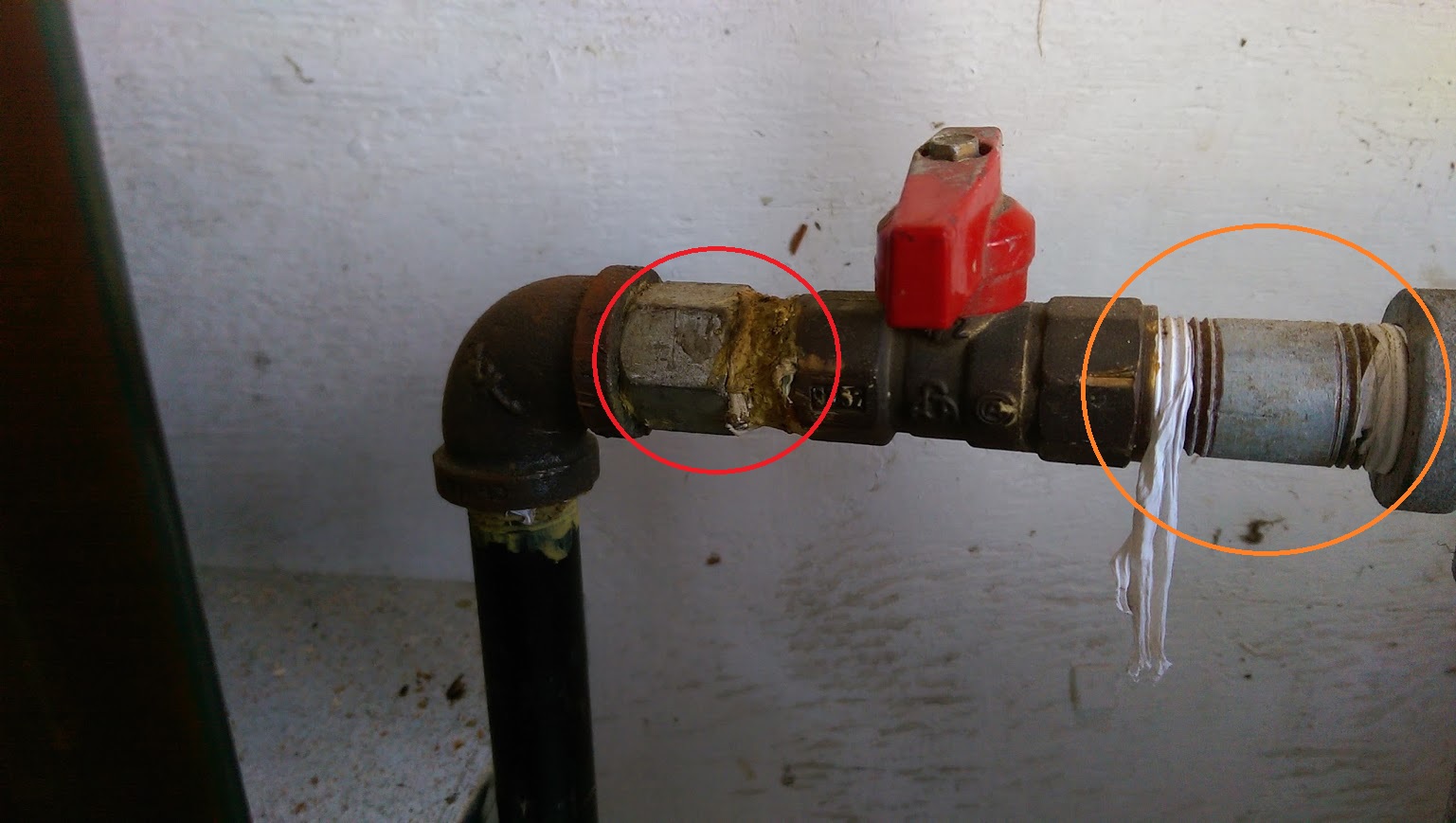 Circled in red appears to be a flared adapter, which is connected to the valve using far too much dope to tell exactly what's going on. I'd assume by the large amount of dope, that it's the wrong type of fitting.

I would expect to see a short black steel nipple threaded into the elbow, followed by a valve threaded onto the nipple. The valve should either have a flare fitting, or a flare fitting should be attached to the other side of the valve. The supply piping (commonly a flexible fitting), should attach to the flare fitting.

If this was in my house, I'd remove everything back to the elbow. Then I'd install the proper fittings.

Not the answer you're looking for? Browse other questions tagged pipe dryer gas or ask your own question.

3
Can I do anything with this gas fireplace? No gas service
4
What do you call this old pipe to bath tap join and how do I remove it?
3
What type of copper pipe do I need for a typical LP gas range?
5
Is LP gas trapped between the shutoff valve and the pipe end cap potentially dangerous?
3
How can I be sure there are no gas leaks around Gas Oven/Range Combo?
0
Is it safe and legal to make this gas plumbing connection?
0
What type of compression fitting do I need?
0
Help me undo gas stove flex connection