Ceiling fans - How do I identify this 4th unexpected cable, and how do I go about wiring it back together?

I'm replacing my two ceiling fans (same circuit, single switch). I didn't pay attention to how the wires were connected in the first ceiling box, and now I need help.

I've tried wiring the new ceiling fan assuming that the cable from the switch was a loop switch, and tested the second one containing the other marked white wire as if it was carrying load to an an outlet. Tried the breaker. I haven't tried anything else. I figured I'd see if I could get some advice here before trying anything else. 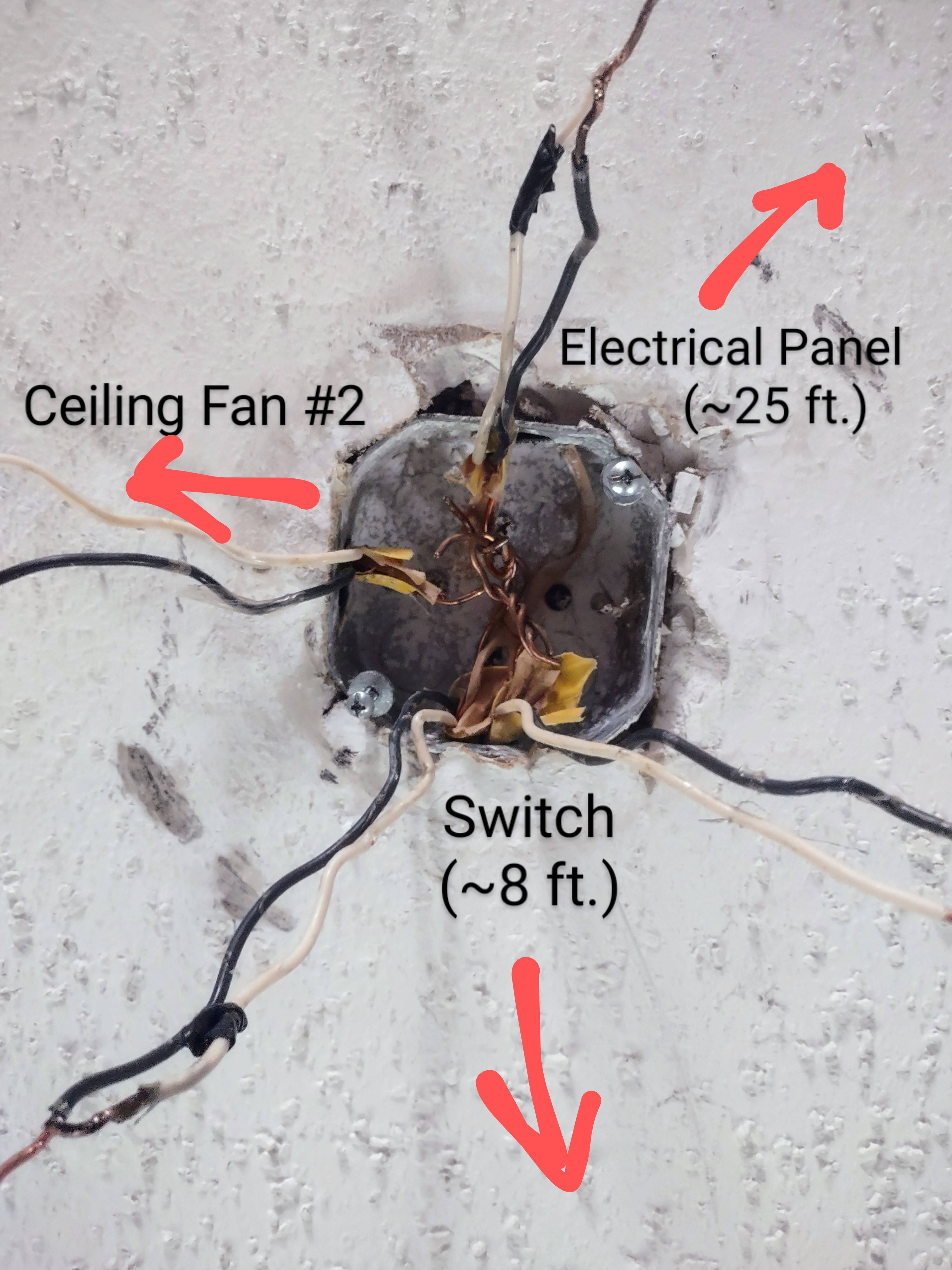 electrical switch ceiling-fan
Share
Improve this question
edited May 9 at 18:44

The other cable can be or probably is a receptacle.

find the dead receptacle(s) and you will know, Next do you want the receptacle(s) live all the time or switched? the white marked black is proof of a switch loop this white is connected to the black from the panel and the black coming back is your switched hot.

The black on the extra cable goes to the switched black OR the hot from the panel.

This is a common wiring layout.

If a switch loop, white from switch connected to black from panel with wire nuts/connectors, place black tape on white wire both ends.

Black wire from switch to both fans black wire.

Whites from fans to white from panel.

Power is checked to be off at the right breaker and with a tester at the junction box.

Re-read your question, in your picture is the forth cable going to second fan or something else that is always hot?

Yes, I have advice - get an electrician.

And for God's sake get some wire nuts.