How to reach outside light high above sloped cellar door?

I'm looking for suggestions on how to reach this outside light.

I have a pole to change the bulb but I need to get up there to repair the socket. 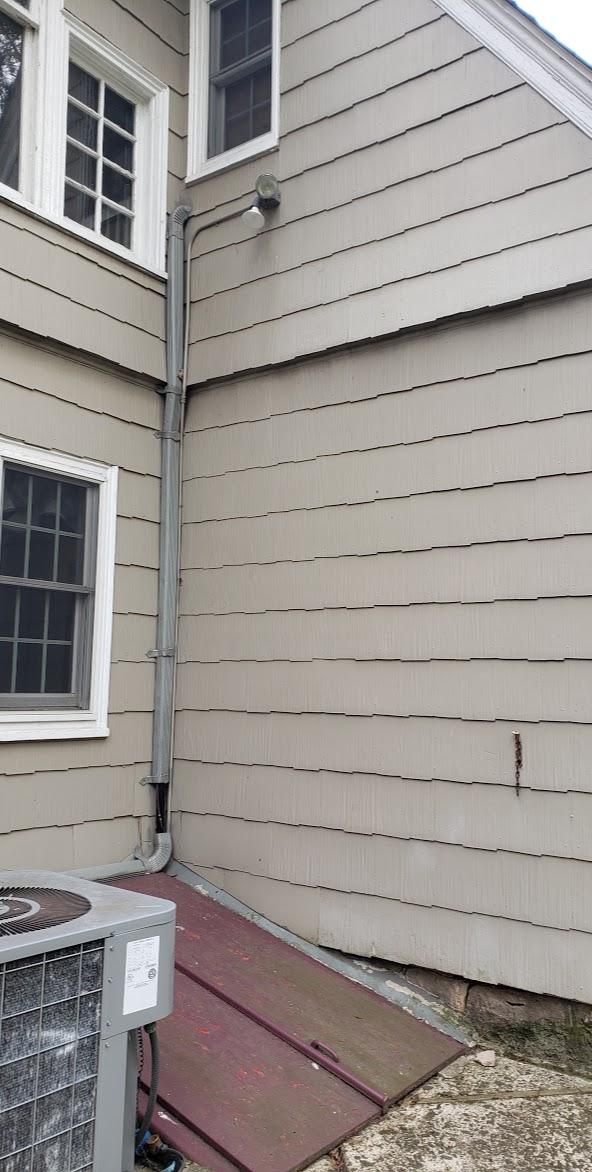 I love all the creative thinking, especially the climbing harness with lavish promises made to the assitant/witness/person in charge of summoning emergency services help, but..

Rent a longer extension ladder: 24 or 28, even 32 feet if necessary. Stand it on the ground in front of the cellar door. Lean it against the left wall above the fixed-pane window. Adjust those two points until the ladder crosses slightly below the light fixture at a comfortable position, then climb up and work on it.

You can stand with both feet on a rung, lean your left hip against the ladder, and twist your torso to the right to work on the fixture. You might have to adjust the ladder a time or two to get the positioning comfortable, but you can check that while standing on the lowest rung -- the angles and distances are the same all the way up. Personally, I'm most comfortable when working this sort of thing between elbow and shoulder-high relative to my footing and a little more than a forearm's length away. 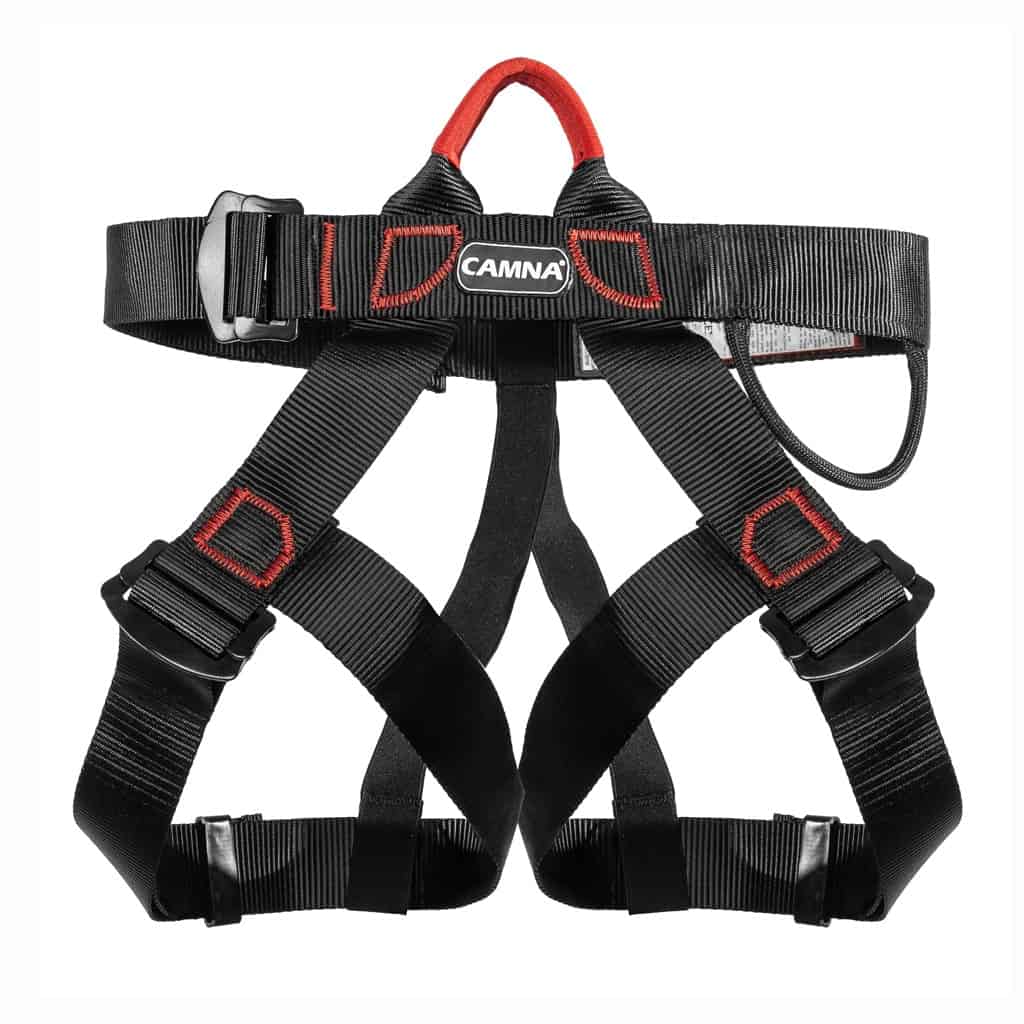 2a. If throwing rope over house does not work after many tries, hang rope out of window.

If the door, or, more accurately, the framing around the door, is sturdy enough to support weight, I'd build a platform out of plywood & 2x6, then set the ladder on top of that.

With the cost of lumber today, this may well run you the $300 you mentioned elsewhere. However, using screws for assembly means you can easily disassemble when you're done and have reasonably reusable lumber for your next project and it's not a totally lost cost.

The span calculator linked above indicates that a 2x4 is good for about a 6' span. Depending on the exact placement necessary to get the ladder under the light, you may only have 6' of the 4x8 over the door and could get away with using 2x4s instead of the 2x6s for your joists. Also, depending on your tolerance of risk, and since the load will be near the end of the span instead of the center, you may decide to stretch the load limit of the 2x4 instead of going with a 2x6. (This would be your decision, I'm not recommending it.)

Since all the weight of you and your ladder & equipment will be borne by the edge of the plywood farthest from the house, and this is a temporary, single use construction, you could offset the two center joists to that edge, maybe putting them at 6" OC. The shorter span should increase the load carrying capacity in that region and may help serve to reduce any bounciness in your plywood. If I were doing that, I'd leave one joist at the other edge, just to help support the plywood and to give something solid under the temporary wall at that edge. I'll leave it to the more engineering skilled to comment whether this would, in fact, still be safe, but for temporary use, I would feel comfortable considering this as an option.

The platform above the door has the benefit of lifting the entire ladder closer to the light fixture, thus, you should be able to use your existing 14' ladder instead of needing to rent/buy a longer one

I've discovered something that is growing on me. A rented "Baker Scaffold" with independently adjustable legs. The one pictured can be rented for $70 a day for both levels with guard rails and outriggers. I could only use three outriggers in this location. I'd remove the casters and make wooden shoes to protect the doors from the legs of the scaffold.

Pros: This is by far the safest option and it's cheap. Cons: It will be an entire day's project including fetching and returning the thing.

I'm also thinking of approaches to build a platform for my own ladder. I think I can do it for less than $100. It would also be a whole day's work and less safe. The key to making it cost less is that I do not need an actual 4'x8' platform, I only need strength where the ladder's feet will be. So a large beefy sawhorse made entirely of 2x4s to hold up two feet.

Based on a comment that the only maintenance necessary is to tighten the lock nut holding the socket to the box, I'd seriously consider getting a trusted friend/family member to hold tight to my legs while I leaned out the window.

For the minute or two necessary to remove the old bulb, tighten the lock nut, then install a new bulb, this seems like a reasonable approach and the others would take more time to setup/tear down than they would spend in use.

Of course, it's your neck dangling out the window... Maybe, if you're a bigger guy, you do the anchoring and bribe/coerce the other (smaller) person to do the dangling.

Not the answer you're looking for? Browse other questions tagged ladder or ask your own question.

2
How to build a quick-and-easy wood ladder?
18
How do I calculate the length of a ladder I need to reach a certain height?
1
Supporting sliding ladder rail from sides of small closet?
1
Ladder is warped; how much is too much?
5
How can I work on eaves of my house, 30-feet high?
1
Standing up extension ladder in narrow space
2
How can I stabilize the footing of a ladder?
0
How long an extension ladder do I need?
0
How to safely place ladder over porch overhang to get to Gable Peak?