My furnace has been going into lockout after several retry cycles. This happens about 30% of the time when we turn on our heat. We had a repair person who came over quite a while ago, and tested all of the connections. After troubleshooting for a while, he deduced that it was probably due to a faulty circuit board, or that it could be the gas control valve. He was able to get the problem to go away by simply jiggling some wires, and the problem didn't come back for quite a while. His recommendation was to replace the circuit board, which I finally did yesterday after the problem finally starting cropping back up (the jiggling wire fix lasted us quite a while!).

After carefully replacing each wire one by one and installing the new circuit board, the furnace fired right back up and was working normally, success! Except, now this morning the furnace has started going into lockout again, seems that the same exact issue is back (I checked the error code and saw the single flash lockout code).

I'm not very savvy with furnaces, and our furnace being a gas appliance I'm leery to try anything too in depth (don't want to burn my house down) I wouldn't have tried replacing my circuit board if I hand't been told by a couple of different technicians that it is an easy enough solution to try on your own. Wondering if anyone has recommendations for me from here on out (aside from wire jiggling) that might fix the issue, or if I should make the call and fork over a bunch of cash. Thanks for the help!

Goodman furnace Model #: GCH950703BXAC The circuit board replacement I used is here: https://www.amazon.com/gp/product/B00Y1PVGLW/ref=ppx_yo_dt_b_search_asin_title?ie=UTF8&psc=1

Some other additional info: Specific error code is a single flash explained on page 42 of the manual: igate.northernplumbing.com/manuals/goodman/gch9.pdf
The previous technician to do routine maintenance was here a month ago, who disabled the door switch because it was faulty (I have to shut off the power to the unit every time I open the doors), the last technician also said the inducer blower is getting pretty noisy and should be replaced in the next 6 to 8 months. 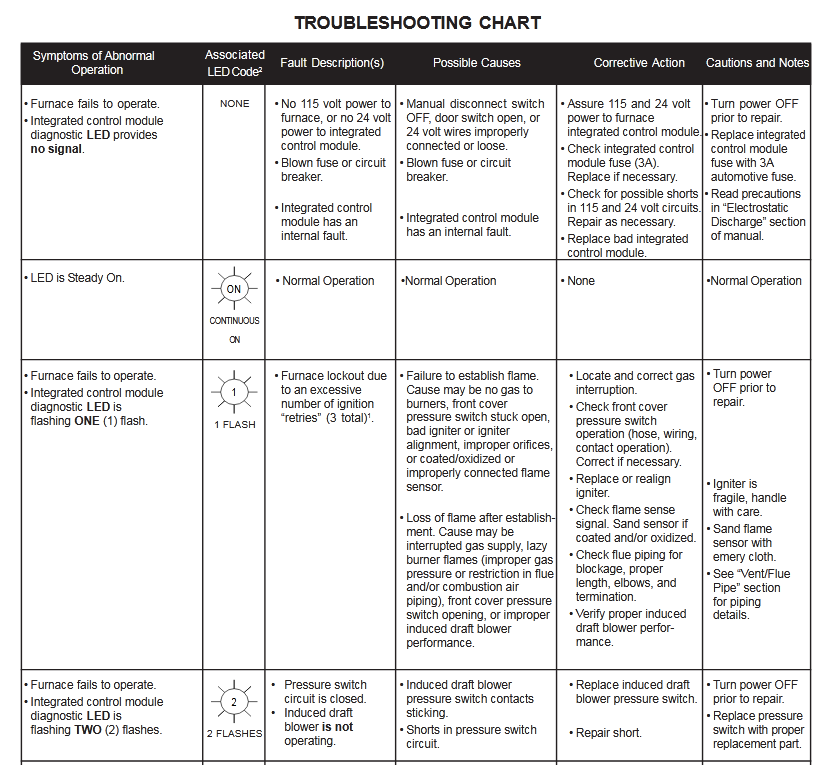 I checked out the airflow in the intake and exhaust pipes this evening after work, used the shop vac method @isherwood recommended (thanks for the advice!). I didn't notice any sound coming from the pipes. I measured the suction with my hand and it seems like there was enough airflow that there wouldn't be a blockage in either pipe. What I did notice though, was quite a bit of water (probably about a 1/3 cup) that poured out of the exhaust pipe when I unhooked it at a rubber coupling to measure the airflow. I know that some amount of water is normal in the exhaust vent, but wondering if that much could be an issue. Attaching pictures of the exhaust pipe and the point where I disconnected it to measure air flow: 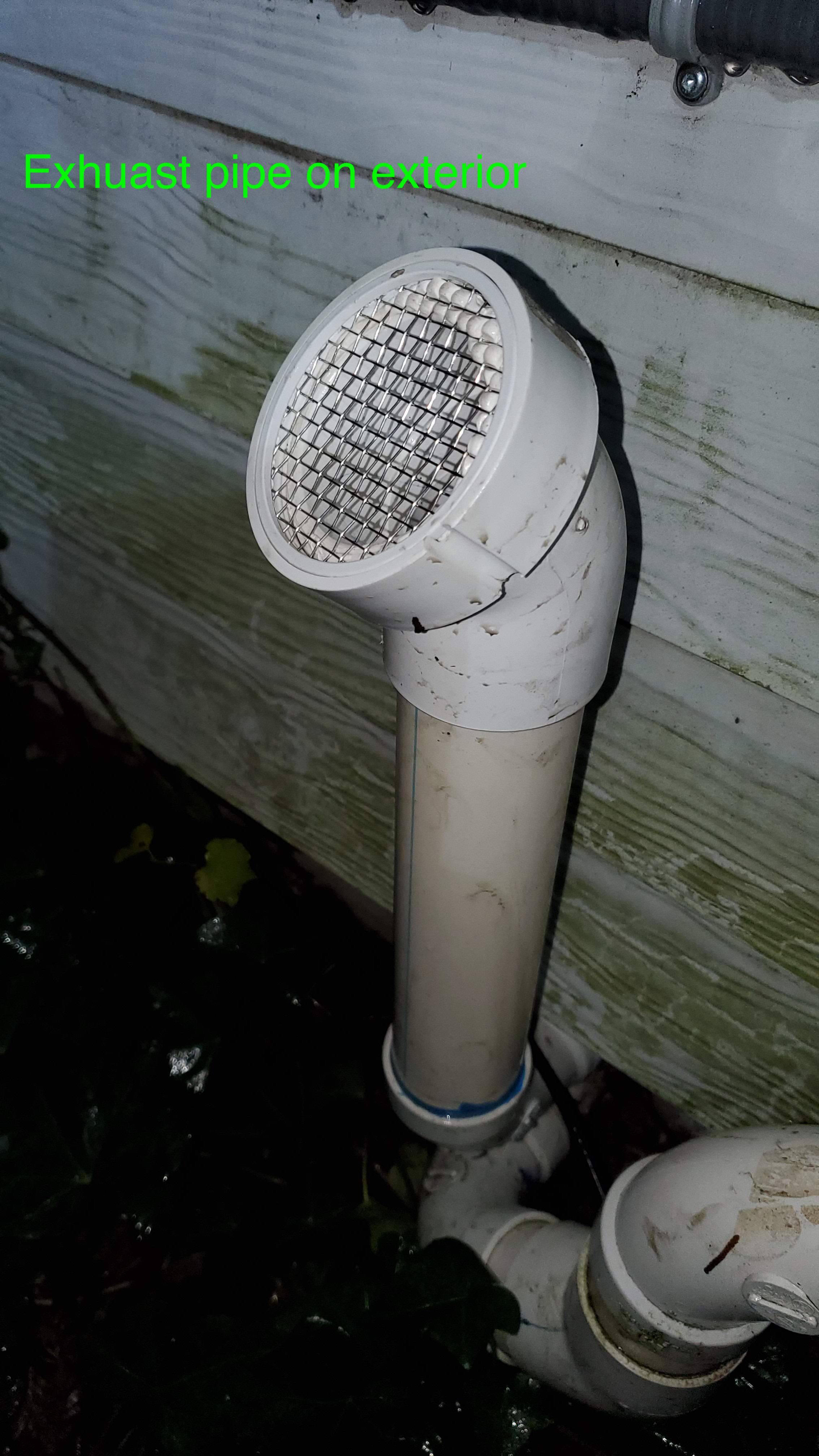 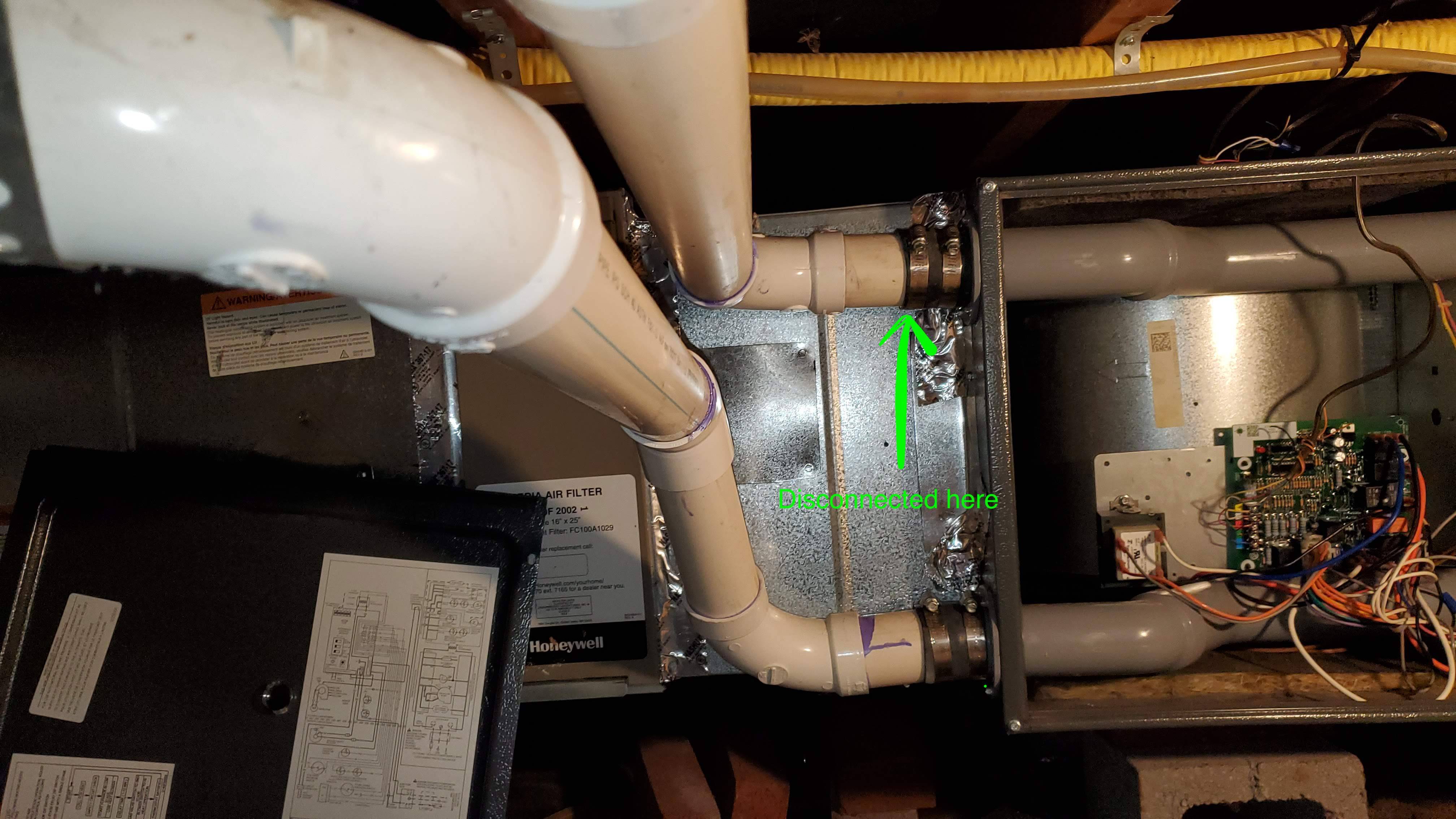 Seems like the last service technician would have noticed an issue with the condensate line if there was one, and the more likely culprit would be wiring or needing to replace the inducer motor (or something else!). Going to check out the wiring more closely for any corrosion and order a new inducer since it's starting to go out anyways. Might look into getting some new sensors as well (per @Mazura's recommendation), will post any other updates. Thanks again for the advice everyone who has posted in the comments.

It's been a while but I finally have some more to report on this problem. It took forever for the new inducer motor to ship, and when it finally got here the furnace had been working consistently enough that I didn't need to get to it right away.

Today I finally goto back into crawlspace and made the swap. The old inducer didn't seem to have water in it, which is a good sign, and the new one popped right on and booted up without an issue. I ran 4 to 5 tests trying to reproduce the issue that has been happening, right when I thought I was in the clear though the problem showed it was still there. I'm going to move onto replacing the pressure switched next, since they are fairly inexpensive and simple to swap out. @George Anderson, you also mentioned you think it could be an igniter as well?

So last weekend I finally got around to replacing the sensors, and so far the lockout has not occurred again. Success (knock on wood)! Thanks to everyone who assisted with troubleshooting, it was really helpful and educational for sure. I think technically Mazura had the answer for this post. 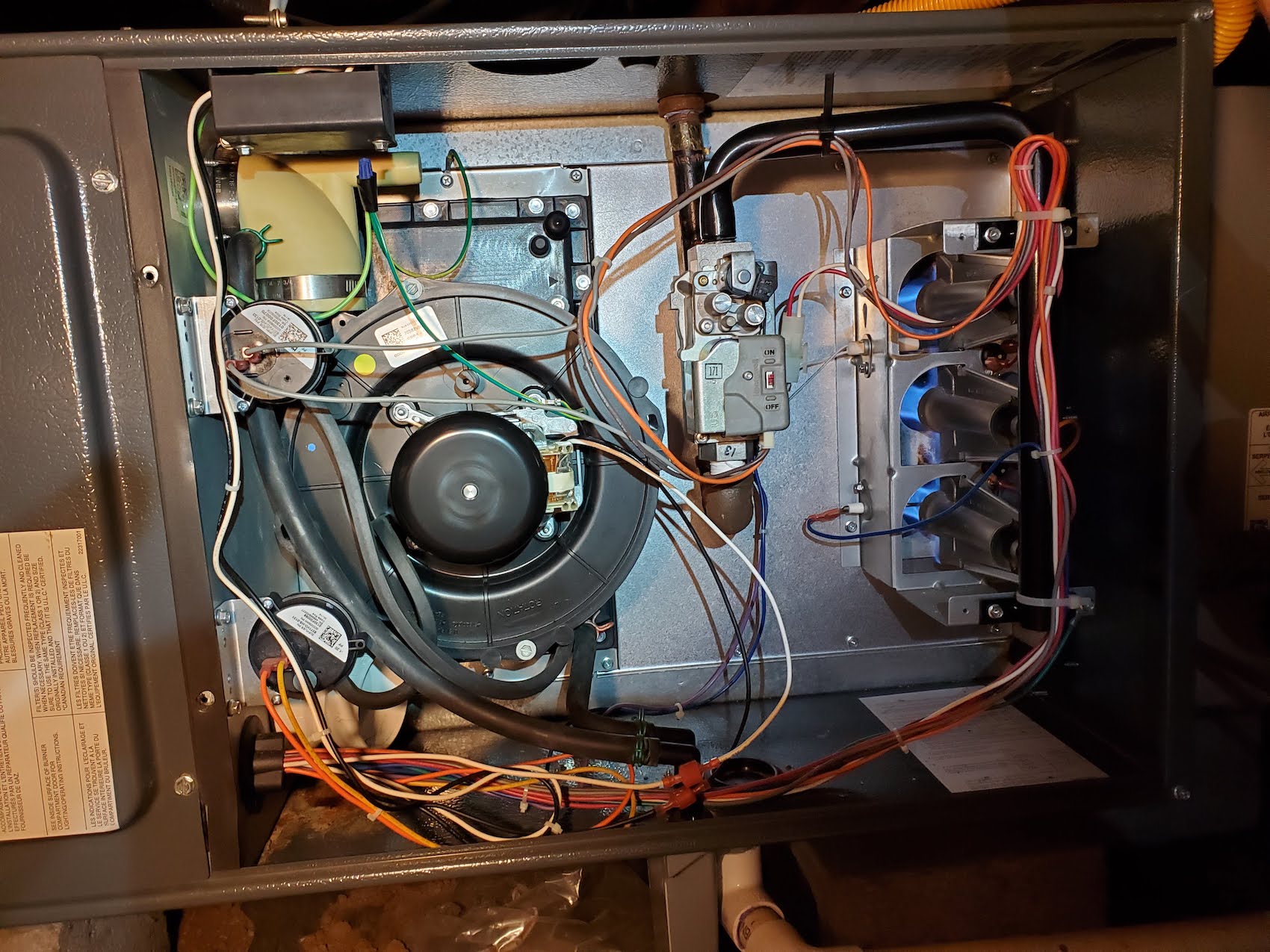 Posting the answer to close this issue out. Furnace is still working (knock on wood... for now)

The issue ended up being a faulty pressure switch. I followed these steps, in order of ease to perform and rule out, and in order of cost/risk/ necessity consideration:

Thanks to everyone I didn't mention above for chiming in, it was all helpful great advice in investigating the issue that lead to the eventual fix.