Miele condenser dryer T8013C not drying, takes too long to dry, why?

My Miele dryer is taking 5hrs to dry clothes. I have cleaned all the lint traps. What else should I do? I am fairly handy (e.g. small repairs, building computers), except I have never done a dryer before. Please advise.

I have fixed my problem. Here is what I did as reference for others.

After cleaning out all the lint in all the "air" filters, I found the condenser was completely clogged with lint. 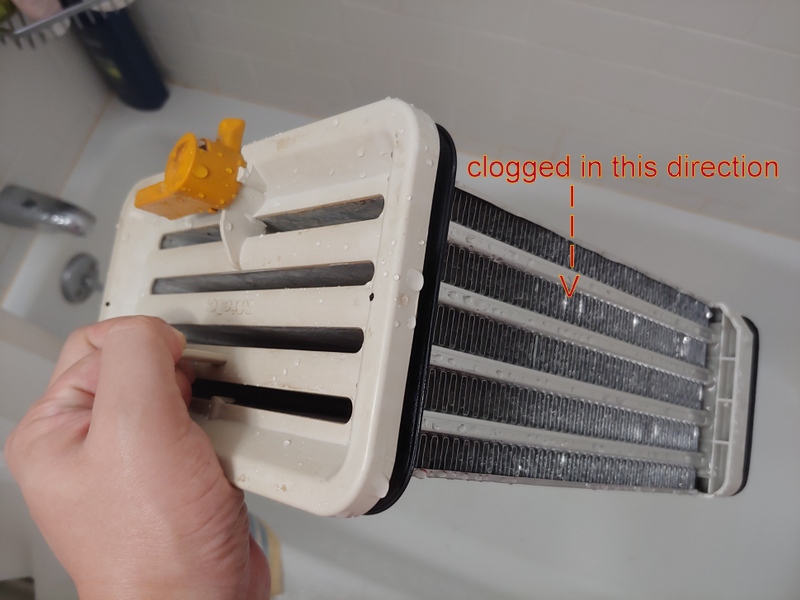 The condenser is a long box. In the manual and online posts, the instruction is to rinse it with a shower head. However, there is so much lint stuck in the honey-comb-like structure, water from a shower head just could not flush everything out.

Ultimately after various attempts, I filled the bathtub with water to submerge the condenser, and moved the condenser vigorously back and forth to create strong "waves" in the bathtub water. The water pushed all the lint out.

Be sure to collect the lint before you drain the tub, so your tub doesn't get clogged.

Once the condenser was cleaned, the dryer was normal again.

7
Is there a better solution than a lint trap for venting a clothes dryer indoors?
9
Why is my dryer taking longer to dry clothes?
0
Dryer isn't drying clothes. I've tried all of the common solutions (I think)
4
Burning smell in my clothes dryer
0
Dryer Takes Too Long, Cleaned out Vent. What next?
8
Dryer venting problem
0
1.5hr is normal drying time for condenser dryer? Miele
11
Troubleshooting repeatedly clogged drier vent