How to protect this foundation sill from elements, rodents?

This is a pre-fab panel house, which means the walls were delivered to a team on site that had built the foundation and floor. It's fascinating to learn how this approach impacts the final project (TLDR, it's a classic "throw it over the wall to the next team on the line" situation).

The gap between the siding, the rim joist, and the top of the foundation is a great place for critters to go in, chew that insulation, get in between furring strips and siding, and find holes into the crawlspace. I've seen wasps flying in and out. I've seen voles going in and out.

In an effort to protect the interior, I've foamed around the inside of the sill. And in a couple places I've foamed on the outside, just to plug a wasp nest. But most of the base of the walls on the outside is still exposed to the elements and creatures. Appx. 50% of it is under a deck.

I'm wondering if anyone has suggestions for making this better.

In the attached photo, you can see all of these elements: On the left, the siding comes down to the ground. On the right, the wood fiber insulation and furring strips. Under the wall, the tarpaper comes from the sill. 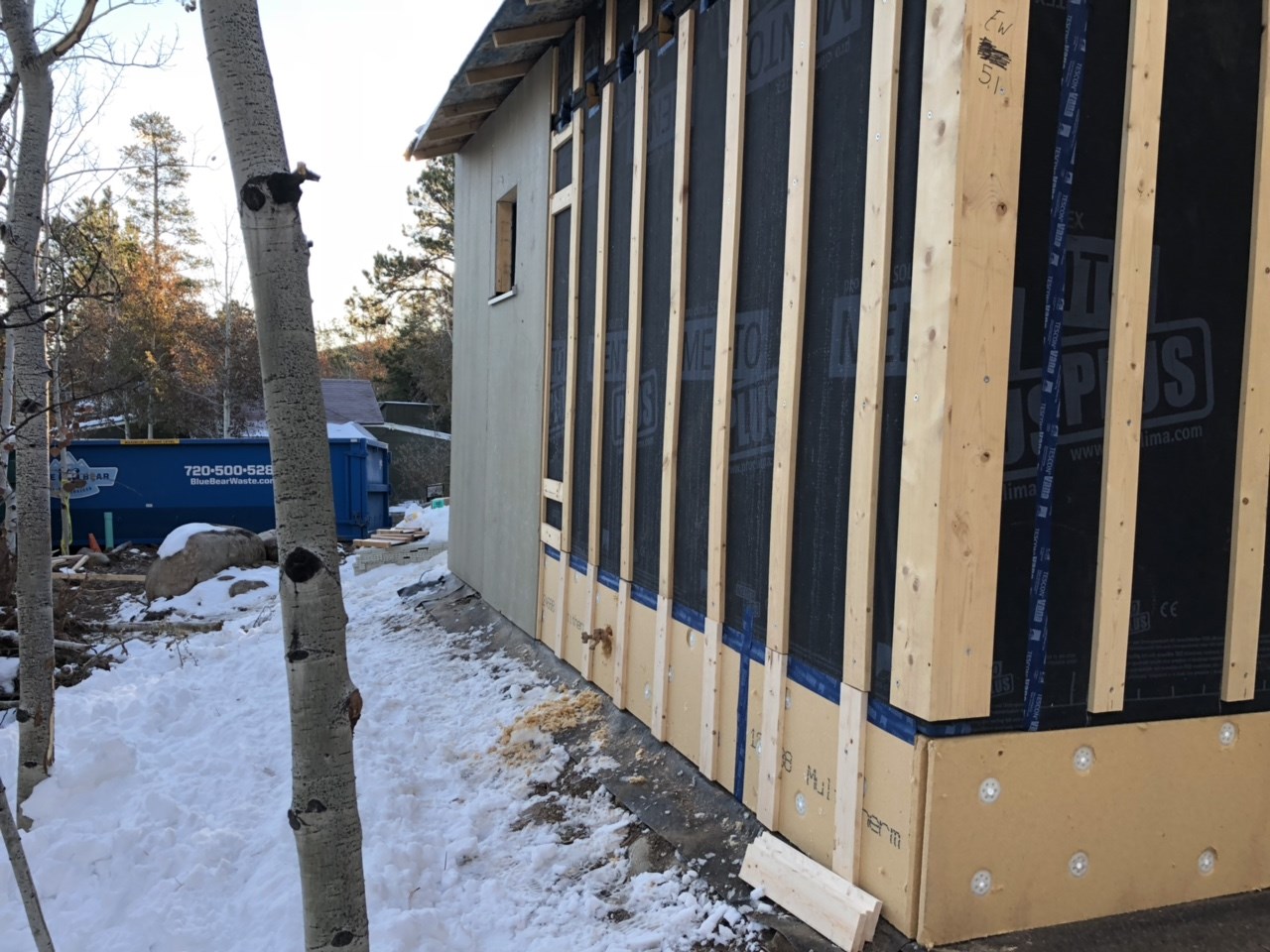 An L or Z-shaped metal flashing is often used to bring water from behind a cladding out to the front of the wall (for example, when the upper part of a wall is clad with stucco/siding/etc and the lower part is clad with brick/stone/other masonry). Metal also makes a nice barrier against things that chew, burrow, and otherwise damage structures. 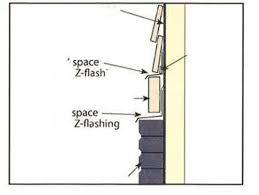 You could clear away the soil from the top of the foundation (probably a good idea anyway to keep insects at bay) and insert this kind of flashing. Ideally it would slip up behind the fibrous insulation layer and would project forward to the outside face of the siding. In this way the metal blocks access to both the furring strip gap and also the insulation. Secure it in such a way that critters can't pass between the foundation concrete and the metal, nor between the metal and the bottom edge of the siding.

Avoid applying a sealant between the bottom of the siding and the metal. Up to now any moisture that gets into the wall can freely drain out the bottom, but sealing this flashing to the siding would trap liquid inside the wall.

Alternatively, use a flashing that is perforated along the bottom edge so that liquid can drain out. This kind of drainage flashing is sometimes used at the lower edge of EIFS stucco installations. The one I've used was extruded plastic, though, so it wouldn't keep out rodents with sharp teeth so well as metal could.

I would fasten sheet metal angle (or Z-mold) flashing to the bottom of the furring strips before the siding goes on. The horizontal flange depth would be the 1-3/4" or 2-1/4" So that it's tight to the wooden sill or concrete foundation at the back, depending on height.

Not the answer you're looking for? Browse other questions tagged siding crawlspace sill or ask your own question.

4
What can I do about this gap between the sill/exterior board and the subfloor?
4
How to seal between sill plate and foundation wall with wide gap?
1
How do you deal with the giant foundation overhang when using ridged foam and a rain screen on an exterior wall?
0
Installing vinyl siding over concrete foundation walls
3
Insulating under a bay window
1
What should I use to patch this gap between brick siding and top of foundation
4
What is an acceptable gap between the siding and the wall sheathing?
1
How to attach deck ledger with furred out sheathing
11
How can I seal a gap between floor joist boxes and foundation?