Neutral and Live both hot when switch is turned off. How do I connect my new light?

I'm attempting to swap out a ceiling light in a 100 year old house. I have found what appears to be 3 hot (black) wires bound to one of the previously installed light's wires, and 1 hot (black) wire bound to another wire in the lamp.

There is only one switch that controls this light. The previous installation works properly, in terms of turning the light on and off. After pulling the switch out, it would appear there is a hot (black) and a neutral (white) attached to this switch.

How should I attach my new light? 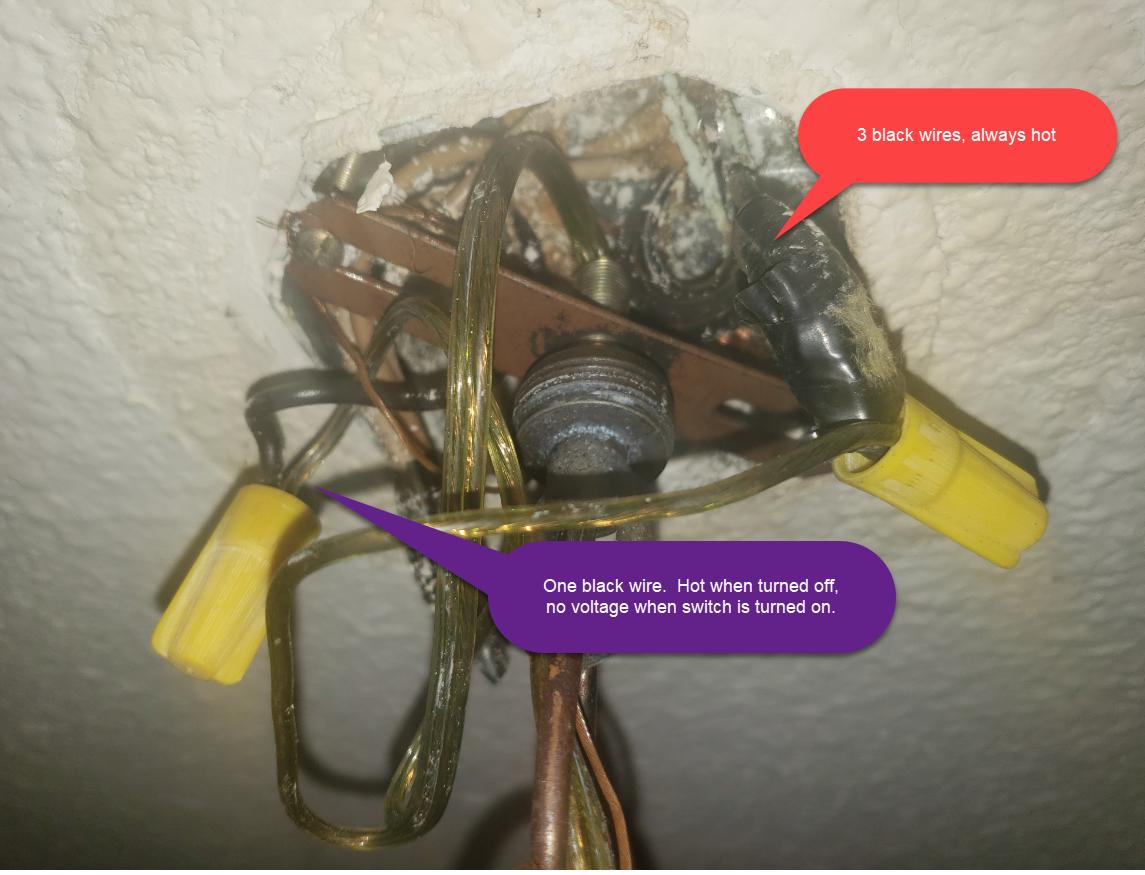 The way you describe it, the receptacle has:

That would be functional (as in the light would turn on and off correctly), but dangerous (all the time) by modern standards.

It is possible there simply was a miswire at some point between neutral and hot.

Given the current state, if the ceiling light is high enough to not be a shocking hazard and you don't feel like fixing it all, all I can offer is:

Turn off the main breaker at the panel? That would turn off electricity to the whole house/unit. Use your cell phone flashlight to connect the ceiling light (or sunlight).

The only alternative is to identify where the miswire is and bring it all up to code, but that would be more effort.

Not the answer you're looking for? Browse other questions tagged electrical wiring lighting receptacle light-fixture or ask your own question.