Light turns on with no hot wires, but has hot wires after turning light switch off

The light and fan work perfectly, but I was looking to fix a downstream light that has has no power (as I'm a new homeowner) and encountered this strange situation when I started pulling switches out.

The light switch does work with a ceiling fan (where one switch controls on/off and a remote/cord controls the fans speed).

What could be causing this? It doesn't seem to be reversed polarity or any other electrical term I can think of/find on Google. The house was built in the 1920s, so there could definitely be something old/misconfigured.

EDIT Again: Along with this posts answer this post, https://community.smartthings.com/t/wiring-question-why-would-a-switch-have-no-power-when-on-and-power-when-off/39897 helped me realize why the multimeter would show voltage when off but not on. 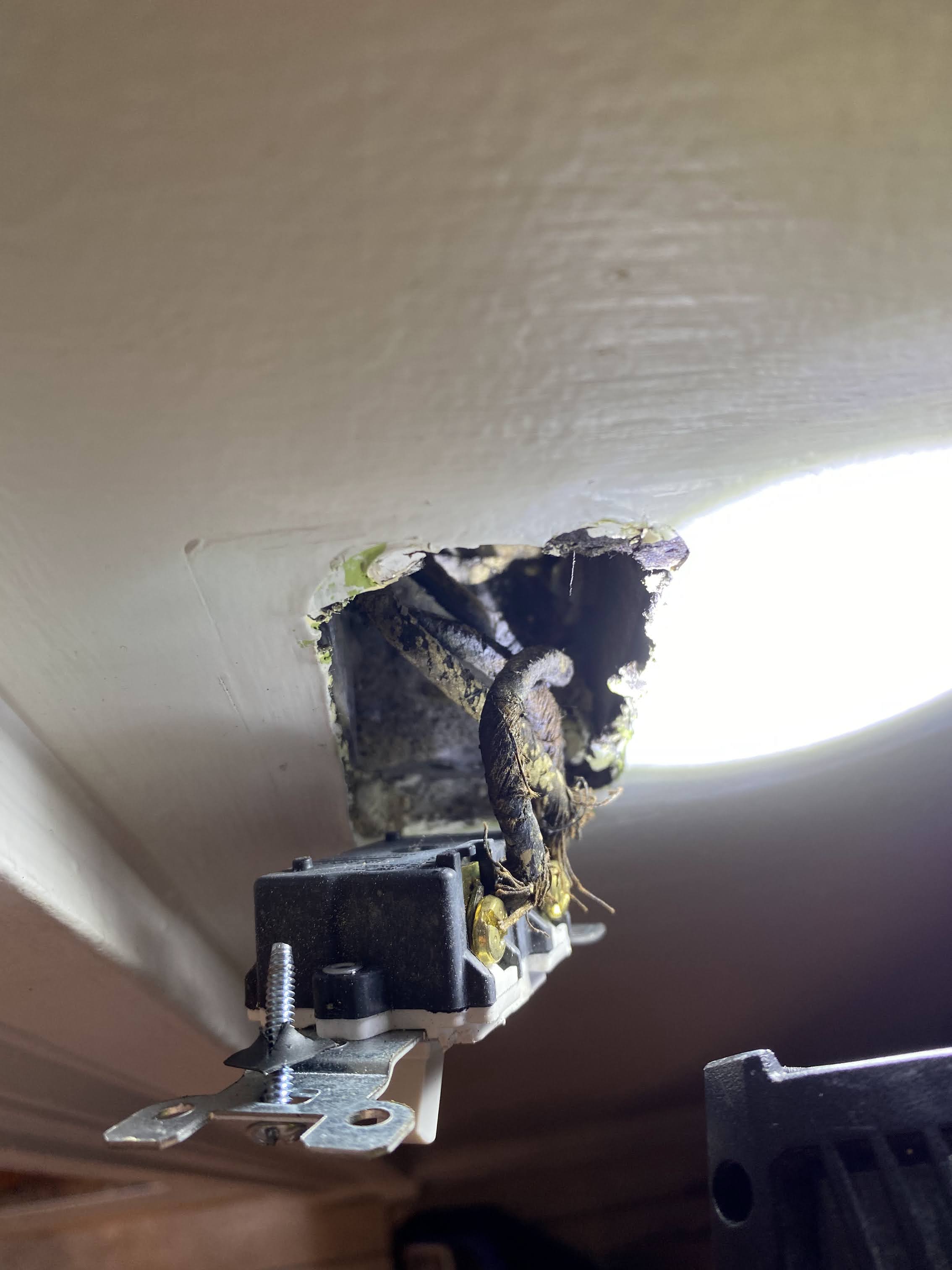 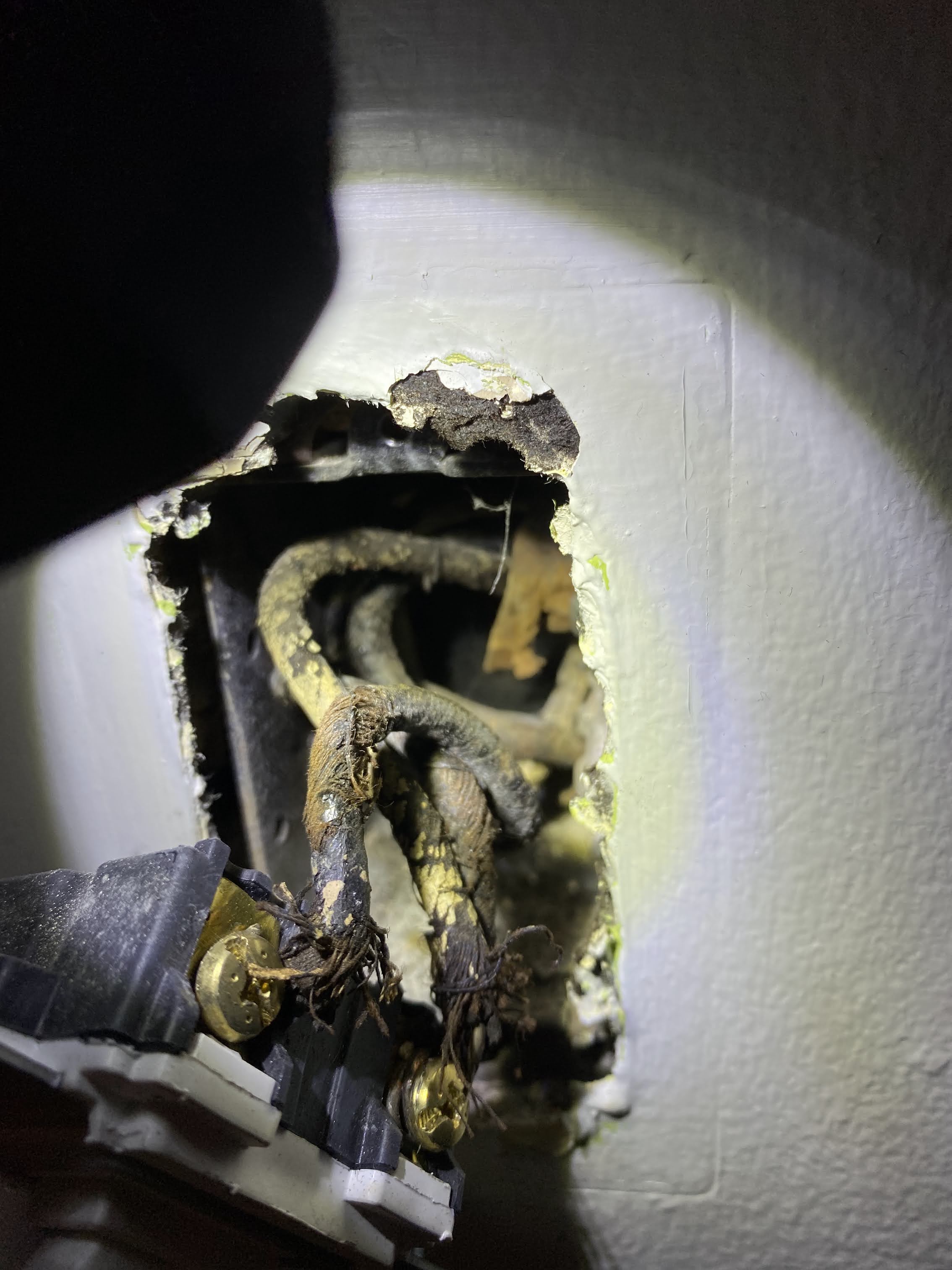 It's a frame/relationship issue. Electricity is relative. There isn't an absolute "this thing has electricity and this thing does not". A bird can land on a wire and be at 12,000 volts compared to the ground, and the bird doesn't care because the bird isn't on the ground.

If the bird had a non-contact tester and put it on the wire it is standing on, then that wire would read cold/0V. However if the bird reached out and measured another phase wire from its vantage on the one wire, the other wires would read as hot, as would the grounded lightning arrestor.

If the bird flew away and landed on the lightning arrestor line, and then measured the phase wires, then they would all read as hot as you expect.

It's all a matter of perspective and position.

So what if you have acquired a frame of reference of 120V from ground, like the bird? Then all your readings are normal for a properly wired switch. This is one frustrating thing about non-contact testers.

However the other possibility is the switch is miswired to switch neutral. Then if your frame of reference were 0V/ground as you expect, then again your readings make sense.

One way to break this impasse is to run a 3-prong extension cord from a known-grounded outlet such as the electrician's outlet next to the panel. Then measure from the obvious ground pin on the cord socket to the switch terminals with either a 2-probe neon tester, or a voltmeter.

For non-contact tester it has to be at least 1 inch away from other wires, to give you the correct reading.

In you case, you have a switch loop. It is when one wire goes up to the ceiling and comes back as another wire to the switch.

When the switch is ON, the power goes to the load (lamp/fan)

When the switch is off the return wire can carry phantom voltage, just enough to trigger the non contact tester.

I am having a little trouble following this, but, if I understand you correctly, you put the leads of the voltmeter across the two contacts of the switch. If this correct, then you should read zero volts (0 V) when the light is on and 120 V when the light is on. Is this what you are getting?

EDIT Measuring the voltage across the switch is not really what you want to do. Rather you want to measure the voltage across the light. You would do this by putting one voltmeter lead on the switched hot contact and the other lead on either a neutral or a ground. There should be a ground available in the box. The voltage from the switched hot to the ground (or even better a neutral if there is one available) will be what you expect: 120 V when the light is on and 0 V when the light is off.

3
Hot wire goes dead when when switch turned on

1
Turning light on turns power to fire alarm off
0
Wiring 3 way switch with pilot light?
3
Ceiling-fan switch no longer turns off fan
2
Wiring a ceiling fan and light switch with two three-cable wires
0
Added new light to circuit but it turns on when switch is off
0
Control a light turning on from multiple switches, but not off
1
Fan timer switch only works when adjacent light switch is off