How can I remove kitchen wall cabinets without visible screws?

I need to take down the over the range bridge cabinet and reinstall it but I can't figure out how these cabinets are mounted to the wall. Standard KraftMaid face frame cabinets from the mid to late 80's era. Contractor that installed them worked alone and wasn't that great from what I am told.

There's a 3/4" laminate coated MDF board as a backsplash the cabinets are resting on but obviously that's not enough to hold them in place for decades.

Looking at the cabinet from the side, it is up against the wall. There is a drywall soffit above the cabinets that the installer added.

Only thing I can think is he used a french cleat or some other cleat (he was working alone) but it seems very secure given there are no visible screws. Removing the soffit is not ideal. Any advice on how these cabinets might be attached and how they can be removed?

I am not opposed to trying to take the cabinet apart if ti can be put back together as I have some woodworking skills. Never taken one of these apart and some guidance would be helpful.

Why would you think a French Cleat would not be secure? That's what I would think he did, and then by adding the soffit above, you can't push the cabinets up any longer, so you can't release them from the cleat. The cleat may be attached to the back brace or top of the cabinet, so no visible screws from the inside. 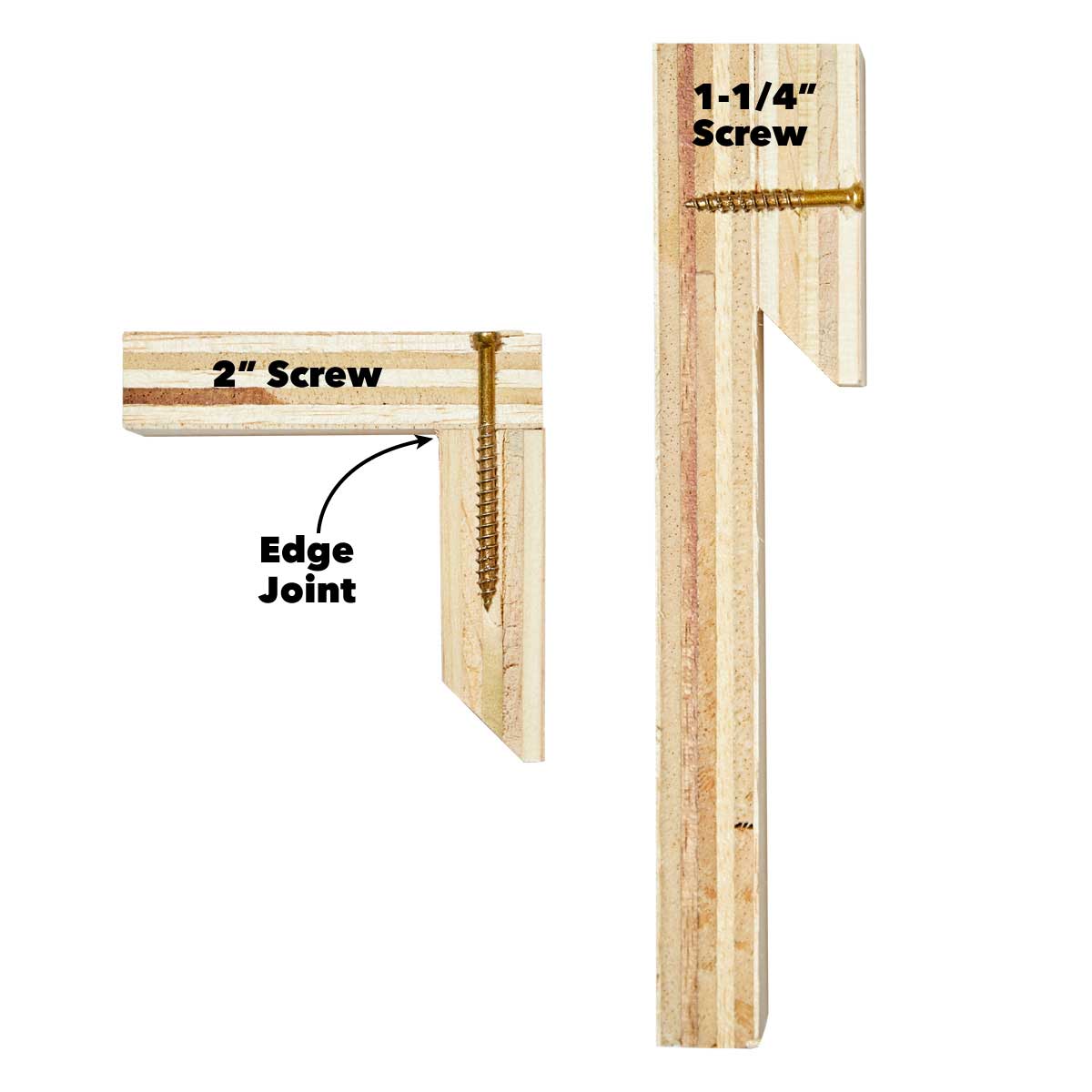 The lower rail was then re-installed using long truss head screws coming through the side rail from the adjacent cabinet opening into pilot holes in the ends of that lower rail. Those screws, as I recall, were something like 4" long and had drilled clearance holes all the way through side rails.

New floors for the cabinets were new fitted pieces of plywood. The plywood was screwed onto corner blocks that were just lengths of 3/4" x 3/4" hardwood that were themselves screwed to the inside back of the lower rail and to the sides of the adjacent cabinets. I'm sure that there are some details of that work that have long since faded from memory but I do recall having to deal with the large diameter vent pipe that went up through the center of that cabinet and the sheet metal manipulation that was involved.

Interestingly the too large doors sat around in my garage for a year and a half before I got around to resizing them. That was an interesting effort that took a lot of work because the door panels are 3/4" hardwood that had fancy routed curves around them to thin down to 1/4" that fitted into a slot in the frame of the door. Redoing the door panel took multiple passes along just one edge on my router table to come up with an approximation of the original curves. As I recall I had to purchase several router bits to achieve this.

I was lucky that the door frame was made in such a way that it was possible to shorten the side rails and then carefully remove the lower rail. It was able to slide up into the milled slots in the side rails to be re-glued in place after the redone door panel was slid in place. The lower ends of the side rails on the door needed new round over edged routed on them which was once again done on my router table. I was able to use a tinted poly finish to blend in the new raw wood area with the original finish on the rest of the door. It was not necessary to strip all the old finish off the doors.

That was 12 years ago and to this day it looks like the original cabinets except seeing those truss head screws in the cabinets on either side.

Not the answer you're looking for? Browse other questions tagged cabinets or ask your own question.