I am finishing my basement bathroom and have run in to a drain spacing issue in my vanity. The PVC coming out of the wall is 20" off the floor. The bottom of the vanity cabinet is 18" off the floor, leaving me about 2" of space between the two. Obviously, I can't have a p-trap that sits below the PVC in the wall given the lack of space in the cabinet.

What are my options in this case? Is it ok to have the p-trap site above where the water will drain in to the wall (would this mean using an s-trap -- which I think is against code)? Or, should I look to extend the PVC in the wall so it's higher up and can accept the p-trap exit at nearly parallel to the floor?

The pictures below are what's inside the wall. The red is my idea of extended the PVC up the wall a bit. The sketch is the s-trap which I think is a no go.

EDIT: 100% sure the S-trap is against code and will create a siphon. Anyone see an issue with extending the pipe in the wall as "illustrated" in my red picture? 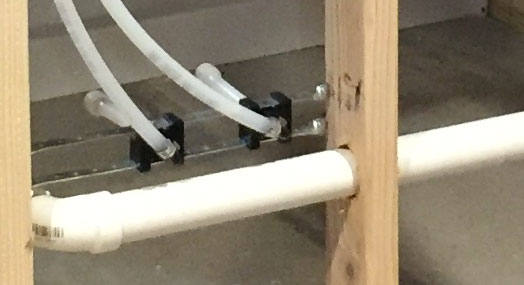 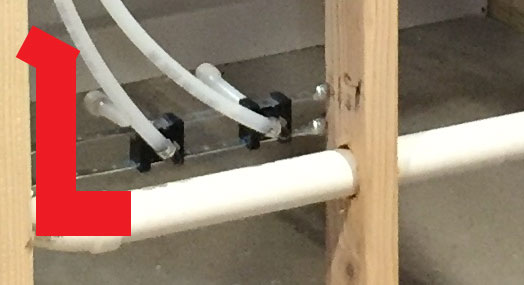 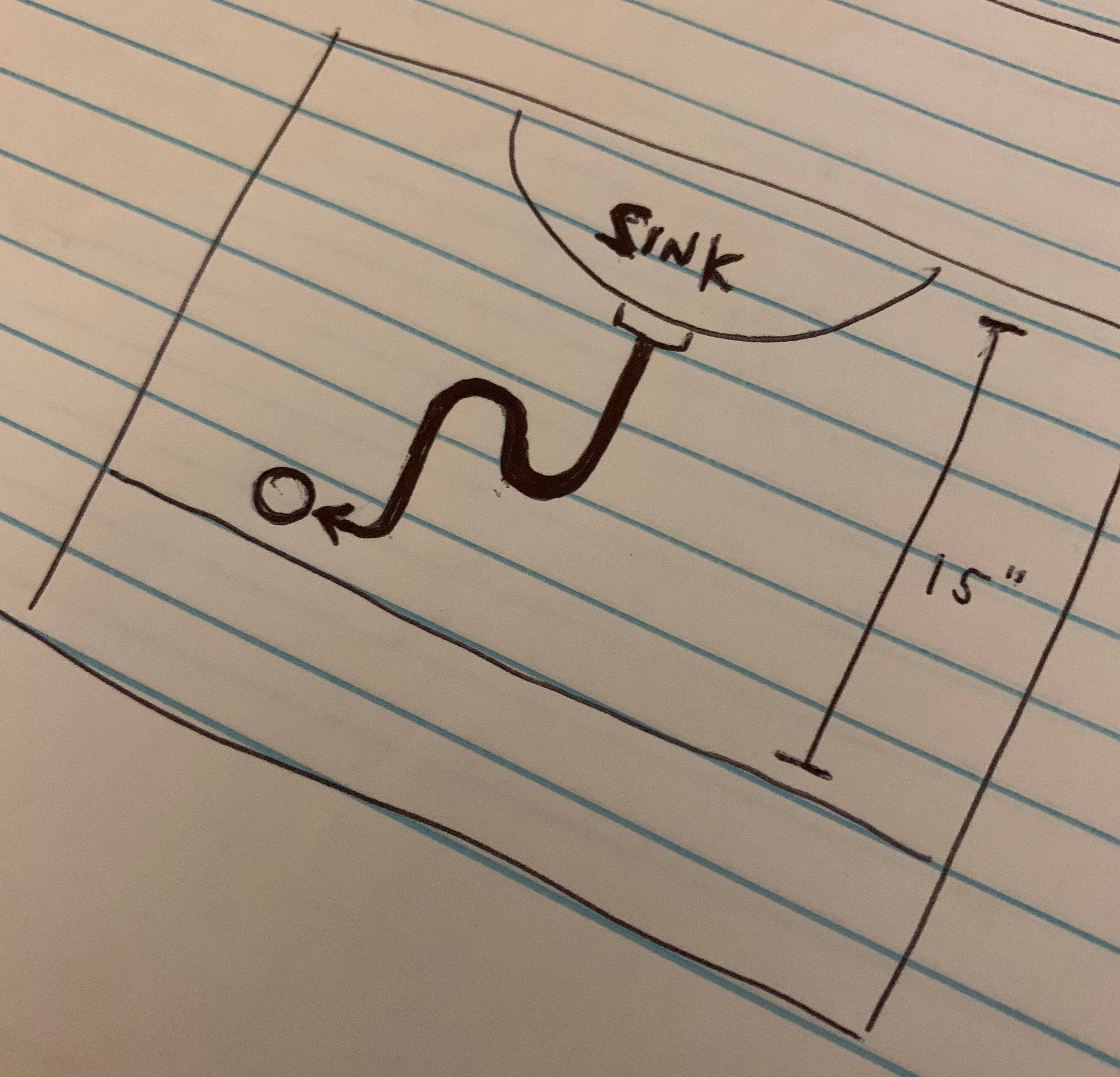 You're right. You don't want an S trap. They are against code. I think your idea to extend the drain up the wall is the right way to go. I'm not aware of any code issues with a short, vertical drain as you're proposing it. This will give you the vertical space you need to install a proper P trap. Make sure that when you install the horizontal piece from the P trap to the drain that you allow for a 1/4" per foot slope in the line. 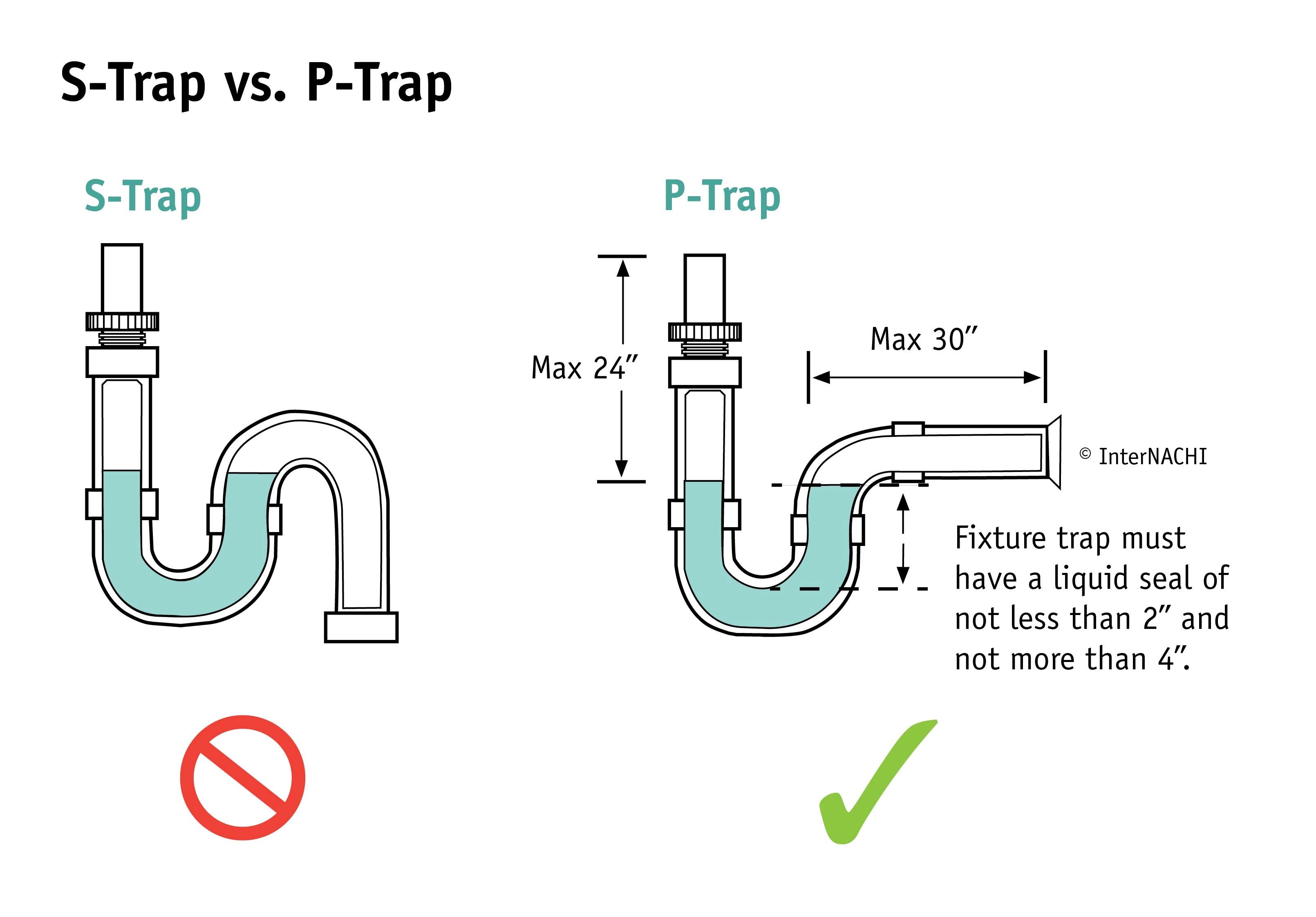 Not the answer you're looking for? Browse other questions tagged plumbing bathroom p-trap or ask your own question.

2
What is the maximum distance a trap can be installed from a shower drain?
4
Can p-trap be installed inside wall?
2
Can a sink drain be on the low side of a p-trap
0
Double-vanity sinks drain slowly -- venting problem?
0
Trouble fitting plumbing under new vanity
3
Venting a double kitchen sink (converting from an S trap to a P trap with AAV in a tight space)
0
How to fix toilet spacing doesn't meet minimum 15"?
2
Plumbing a modified S/P Trap? With a Vent on the ‘P’?
0
Draining a bath into existing floor drain and possibly retaining us
0
Does direction of p-trap matter?