I bought a smart thermostat for my house in hopes of cutting some bills a little. I read up on them, I thought, thoroughly and figured I could handle the task. However, upon climbing up in the attic and pulling the cover, I discovered my unit does not have a labeled terminal panel and the wiring diagram is long gone.

I was hoping for some help with this as $300 is a lot to have sit on the shelf for 6 more months until I mister up the courage to climb back into the attic and stare at the unit confused for an hour again.

Like I said the wiring diagram was not included and there is no terminal board, just a mess of wire nuts but I did track them the best I could and made the list below. I'm not a professional so please excuse my ignorance when it comes to the industry vocabulary. I tried to pick up what I could from other forum posts but none of them were close enough for me to be sure of correlation.

From thermostat: Red: ties to yellow wire with silver stripes that goes into silver box with coil thing (possibly internal tranformer? Is half way in the metal box and has two wires going into what almost resembles a roll of paper with two wires coming out inside the box) Yellow: ties into red wire from transformer I believe? Green: ties into post 5 on terminal bay White: ties into wire from blower controller and blue wire that looks like it goes to the gas control

EDIT: while there are 5 wires at the moment (blue is not in use) I will be relocating the thermostat to the wall across the hall once I'm done renovating so I bought a roll of 18/5 to replace it with so I have all the wires I need at hand.

I'm trying to add an image but not having much luck so may try to in the comments to see if something is just hung up. In the image the red circled but is what I'm calling the internal tranformer, the blue is the terminal board and the yellow is the blower controller 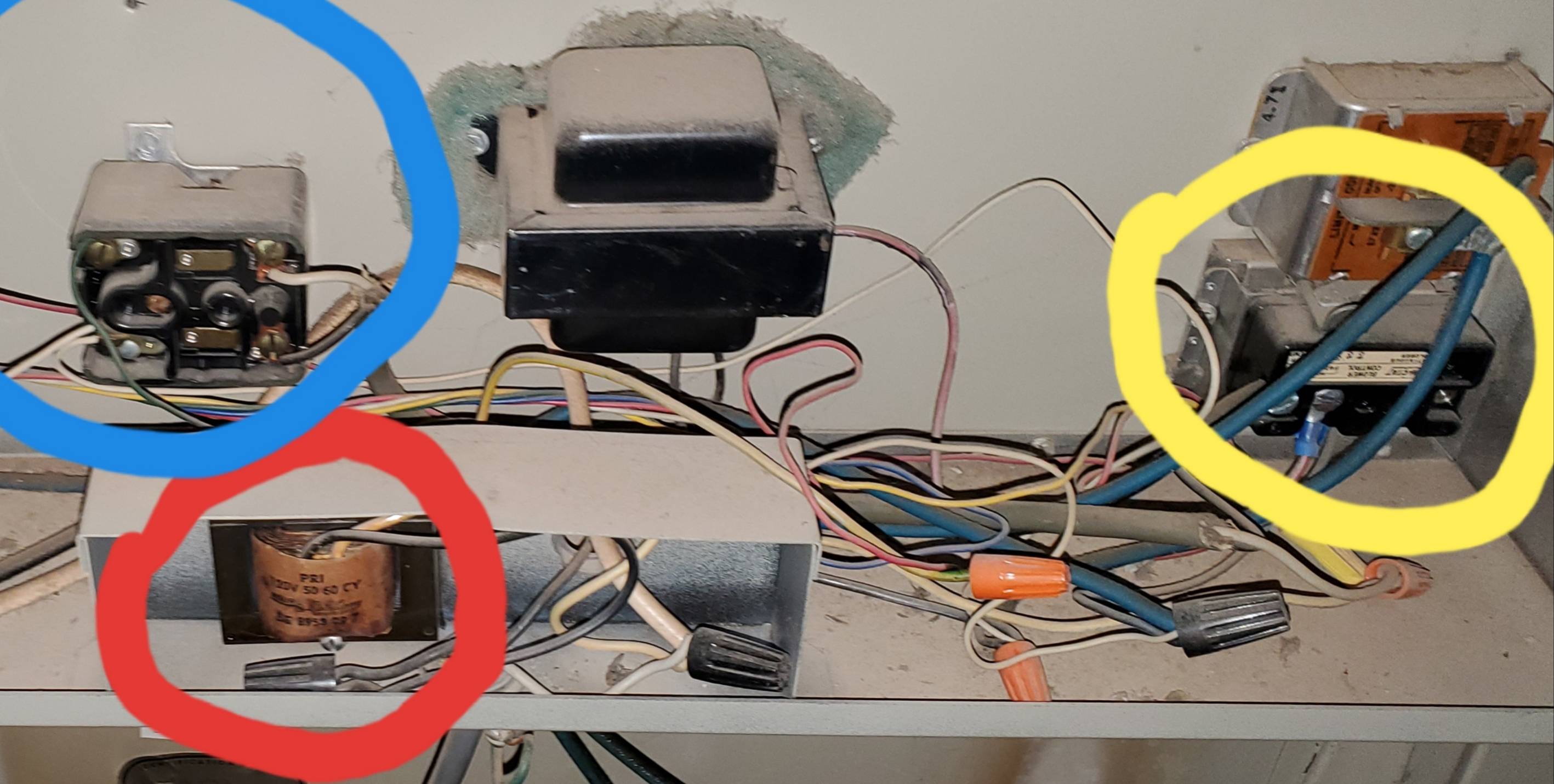 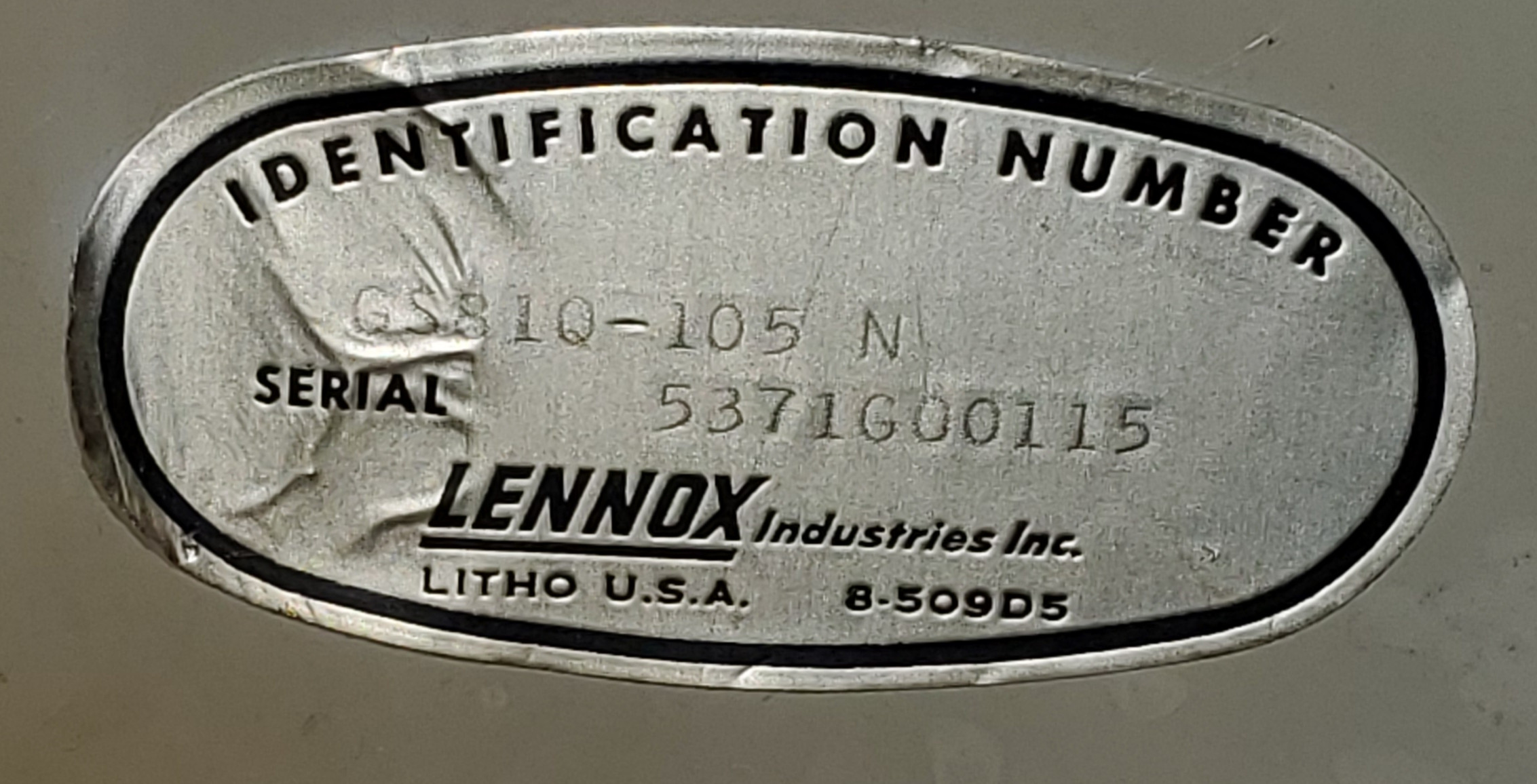 This has been solved. I tracked the two wires that ran to the condenser, figured out which was hot and which was common. The common for the condenser will also work as the c wire for the thermostat. At least in my case.

Not the answer you're looking for? Browse other questions tagged hvac thermostat thermostat-c-wire or ask your own question.