Is this lint buildup in my tumble dryer really lint?

I have been having problems with my tumble drier (Asko T794C) thermal protection going out frequently and decided to have a look.

The tumble dryer is a built-in so the air intake is on the front panel: 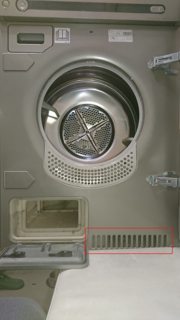 Upon a closer look into the air intake I found what I thought was a really bad case of lint buildup.

The air duct is a plastic case which is really hard to open without disassembling the whole device, so I made a hook out of a knitting needle and started to pick the lint through the front grate.

Here's what I ended up with after an hour or so of work: 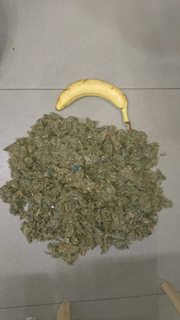 and from the looks of it there's more where it came from: 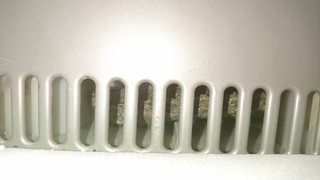 At this moment I'm worried if it's really lint and not some kind of thermal insulation or something like this.

What is this stuff? Should I continue picking it out?

I found schematics for my machine: 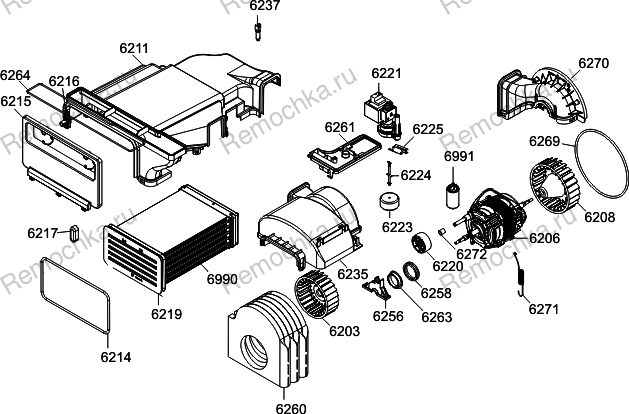 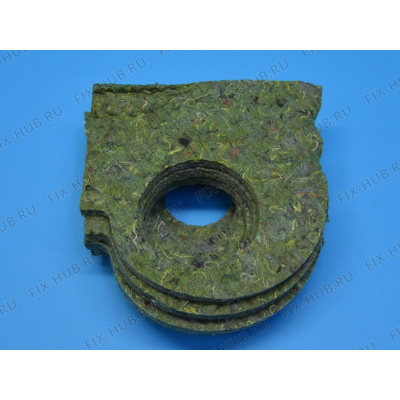 It is a sound absorber for the air inlet. It muffles the sound of the air being sucked into the dryer. Check the vent hood, where your dryer vents to the outside, for lint buildup. If everything is clear and your thermal protection till goes out frequently, you ought to have it checked out. It appears that the sound absorbers are deteriorated or at least loose and could be restricting flow. good luck

Lint , felt and strings from “dingle balls, on our bed topper is what I see. I have cleaned my dryer vents for close to 35 years after repairing not 1 but 3 homes that we repaired from dryer vent fires. Since then every year I do this but About 2008 my wife washed and dried a king size topper that had lots of dingle balls, caused problems with the front loader but more with the dryer. What I see is similar and a huge fire opportunity. It is a good idea to clean the dryer lint trap every load and clean the vent lines every year. Not many do this but if blowing a thermal fuse make sure your insurance is paid up, lint on fire with some air flow is as much as a blow torch that will melt the single wall pipe no matter what it is made of. Clean your exhaust yearly, clean your lint trap every load and sleep well if you do this.

2
Can I clean my under-the-floor dryer vent?
1
Help identify this electric clothes dryer part from an Asko T701 dryer?
7
What could cause clothes to come out of the dryer with tiny burn or scorch marks?
0
How do I attach both my washer and dryer to the same NEMA 14-30 receptacle?
0
Prefereable air intake temperature for condensor-typed tumble dryer
1
Effective way to remove trapped lint inside blower wheel? Maytag mgd8630hw0
1
Dryer Thermal Fuse Keeps Blowing
0
1.5hr is normal drying time for condenser dryer? Miele