How to connect backyard cover to existing roof?

This is an image I found on the internet 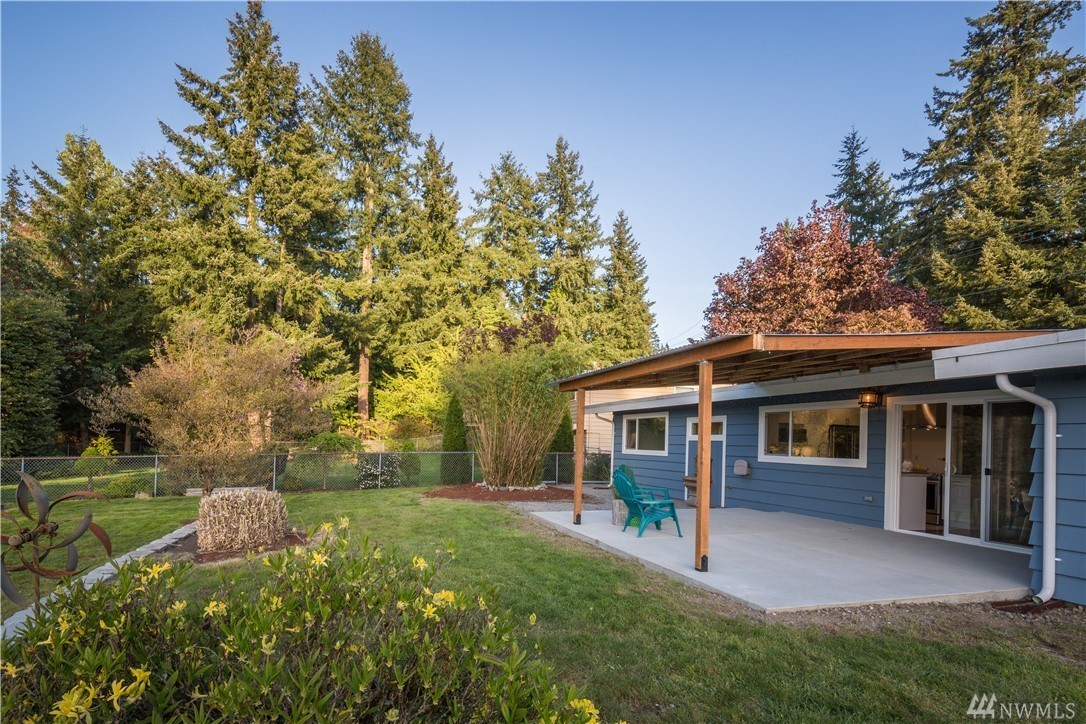 My roof in the backyard is very similar where it sloping down toward the yard. I want to make the cover like the photo.

I like the glass design. But thinking of using lumber instead of metal frame. Look like this will require cutting into the existing overhang. I also saw a little pipe pointing to the left side. How does the water escaping out of there? Also it seems "flat". 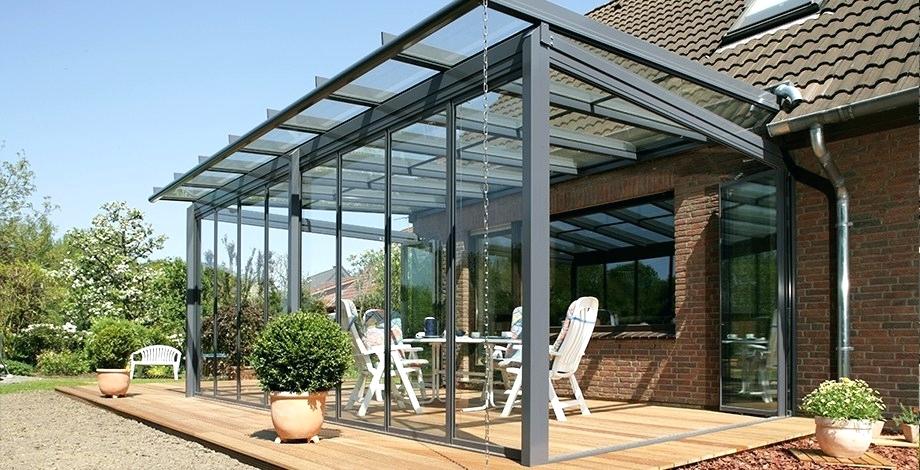 This option seems "correct" in term of slope and water escape. But how do I frame the "white triangle" portion below the patio? Is it just siding material? 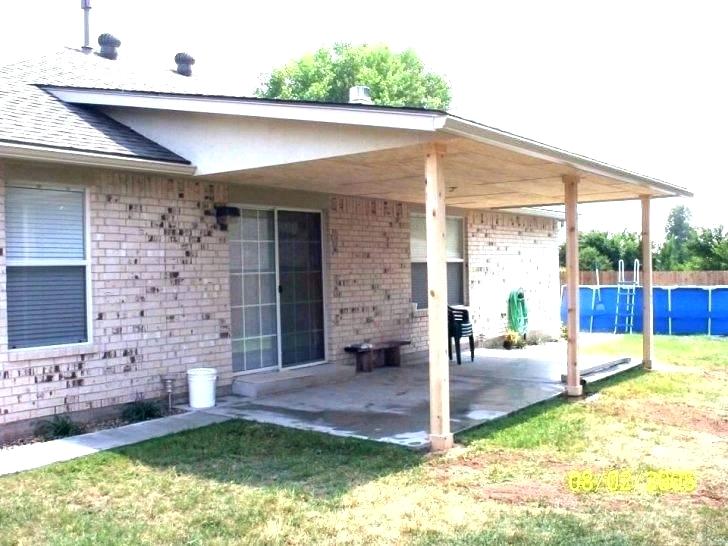 The photo does indeed show the patio cover extending up over the existing roof. This is not the normal way to do this sort of thing but apparently had to be done that way because there was next to no clearance between the tops of the windows and the existing roof overhang to attach a more conventional ledger board onto the side of the house. With the conventional ledger board it would be screwed into the wall studs and then the rafters of the patio cover would attach to the ledger using hanger brackets.

In that picture, the roof of the house is so flat that it is possible that they extended the roofing material of the patio cover all the way to the ridge of the house roof.

Not the answer you're looking for? Browse other questions tagged roof gutters backyard cover or ask your own question.

0
Is it code-compliant to attach a patio to the roof like this?
2
Lift existing roof frame to replace top logs in log home
1
How to Install Gutters Under This Roof
0
How to manage water runoff on flat roof of accessory dwelling unit
0
Properly flashing ledger board for pergola or overhanging patio roof
2
How to connect a horizontal metal carport roof to a shingle roof?
1
Repair roof flashing that is tucked under gutter rather than over it