Cutting a 2" hole through a load-bearing 2x4 stud for a washing machine drain?

Some previous owner of our house moved the washer/dryer to the second floor, but made some pretty dubious decisions when doing so: 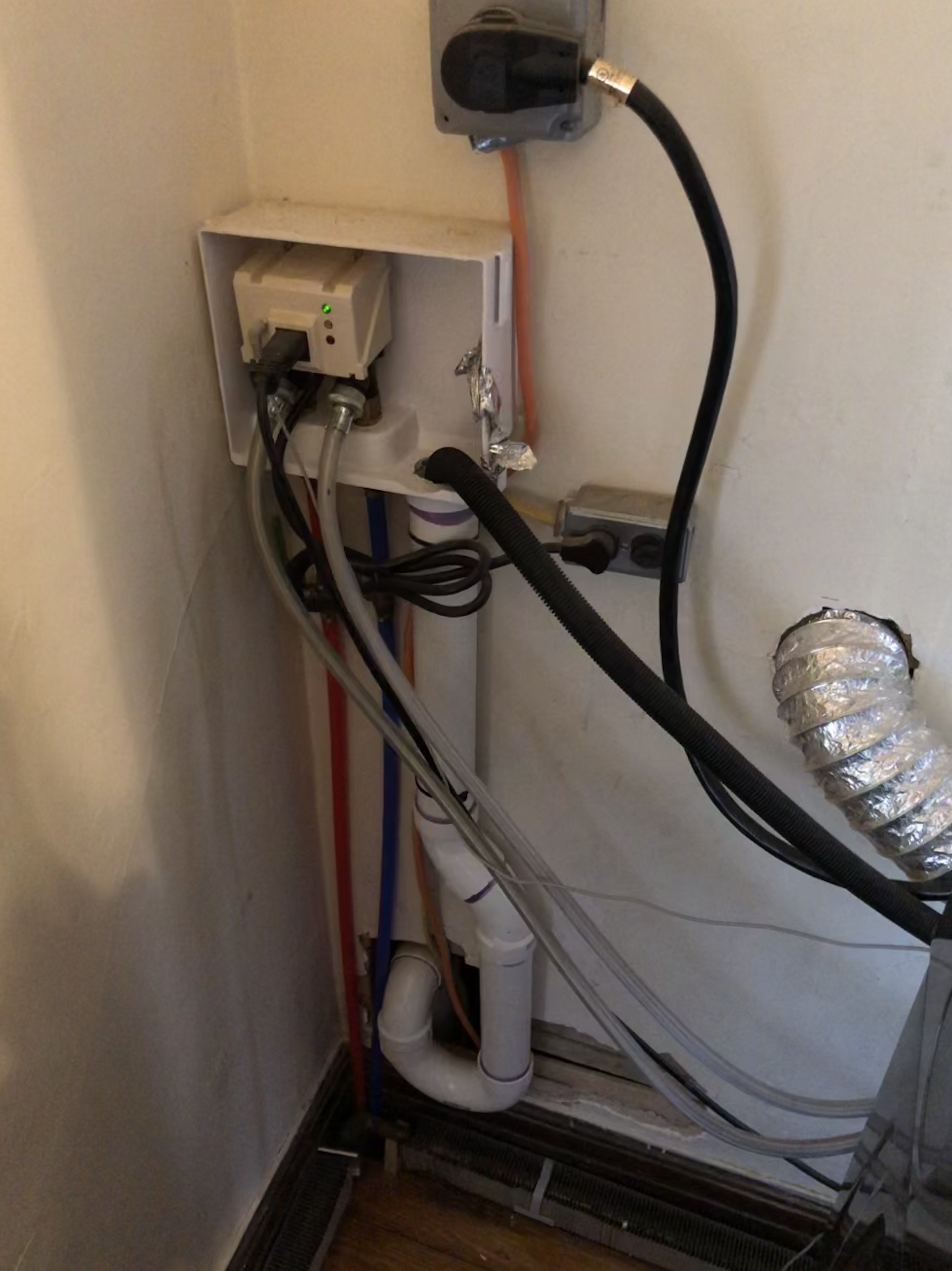 I'm preparing to patch the paster, skim-coat, and paint, so I need to deal with this mess first. It looks like they ran the pipes up without realizing that there wasn't a full stud bay (the exposed portion is only 6"), and rather than changing anything they decided to run everything outside the wall. The supply lines are coming up through the finished floor(!).

The one thing that has me stymied is moving the drain pipe for the washer. (There is a vent for the p-trap along the left side of the wall). Ideally, I could turn the drain, go straight through the stud, and recess everything in the full-size stud bay to the right. To do that, I would be cutting a hole for a 2" drain pipe into a 2x4, which is >40% (code):

Studs located in exterior walls or bearing partitions drilled over 40 percent and up to 60 percent shall also be doubled with no more than two successive doubled studs bored. Exception: Use of approved stud shoes is permitted when they are installed in accordance with the manufacturer’ s recommendations

Should I take this to mean that I can use something like this stud shoe, and then it's fine to drill a hole that large?

This is an exterior wall on the second floor supporting a roof and a finished attic. Is it really necessary to sister a stud, or will a shoe suffice?

Here are load tables. Probably wouldn't hurt to add a sister to be safe unless you also want to pay a bunch of money to a structural engineer

Not the answer you're looking for? Browse other questions tagged plumbing drain load-bearing or ask your own question.

3
What is the maximum number of load bearing studs in a row that can be notched?
15
Does a plumbing vent need to penetrate the roof? (Can it penetrate a wall?)
4
Rough-in pex line
0
Clearing out blocked weeping tile
0
Help With Washer Drain Pipe
1
Can I run PEX water lines/PVC drain pipe in "warm" side of insulated exterior wall?
1
Is the wooden-stud basement wall that runs next to & parallel to the shared concrete wall separating two townhouses load-bearing?