Is the wooden-stud basement wall that runs next to & parallel to the shared concrete wall separating two townhouses load-bearing?

Okay gang, so here's my deal:

My wife and I recently bought a 2-story (with a half-finished basement) townhouse, sandwiched in the middle of a row of other townhouses. After lengthy negotiation, I have prevailed upon the wife to let me have half our basement - which itself is pretty much the full footprint of the townhouse - for my workshop (I grew up a cabinet-maker's son, so I know my way around wood, tools and joinery, but not quite so much around construction and framing).

Built into the the wall running parallel to the concrete basement wall we share with the neighbors - the West wall - the previous owner had installed a really quite fine workbench, atop some lovely cabinetry. Unfortunately, he wrapped the surface AROUND the 3 exposed exposed faces of the studs, anchored it into the concrete floor, and appears to have used a combination of lag screws and either wood glue or epoxy to affix the top to the cabinets below, then laminated the worksurface ATOP all the screw heads. In short, I cannot remove/move the bench without destroying it.

This would be fine (as I said, it's well-crafted and aesthetically pleasing enough), but for the fact that the surface is only 2 feet deep. Due to the space constraints the room imposes, I'd very much like to install shelving above said workbench, but attaching shelves to the face of the studs will reduce the usable work area to about a foot. "Okay," thinks I, "how about we cut out to 4' lengths of these two studs, frame the newly-created gap like I would a window (double sill, jack studs, etc.) and slide the shelving in between?"

My problem here is that I cannot determine if they're load-bearing or not. Please, see the diagram below (the three questions I'm seeking an answer for are below it): 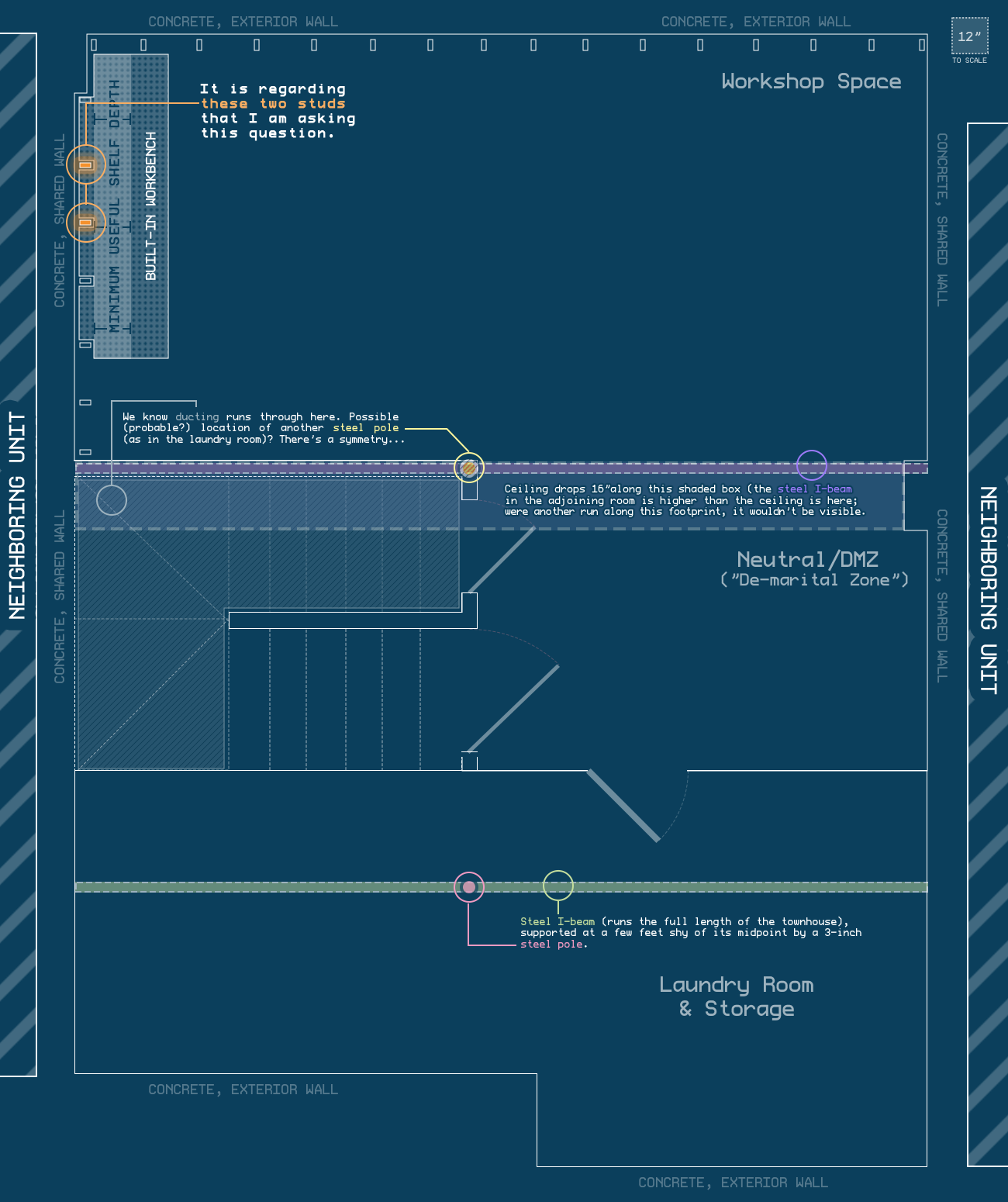 Okay, so here're my questions 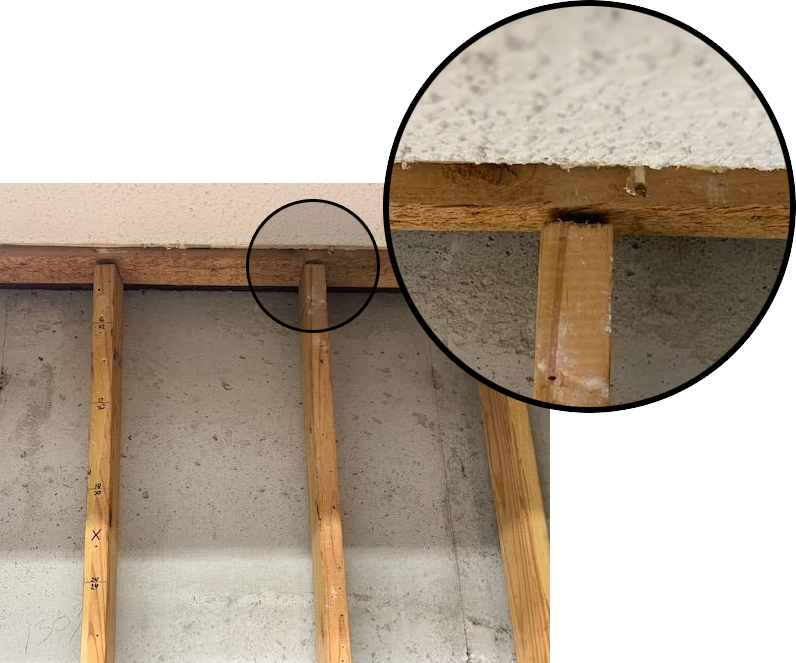 Seldom do we get this amount of information regarding construction issues. However, I still need some info. I’ll make some assumptions and you tell me where I’m wrong.

If the walls are built as you have drawn them, (uniform width the full length of the building with wood framing added to interior) I’d assume the floor above is concrete not wood framing, because the supporting beams are steel not wood. If it is, then the walls are structural and they cannot be supported by wood (your 2 studs you want to remove).

To verify the party wall is concrete, I’d look in your wife’s DMZ area and see if the plumbing is exposed. If so, then it’s concrete. If not, more exploratory surgery may be required.

To answer your questions:

Summary: Please verify my assumptions before you remove the studs. If things are different, please notify.

Not the answer you're looking for? Browse other questions tagged concrete framing studs removal load-bearing or ask your own question.