Pergola on flat roof: Can it be done safely?

I want to put a pergola on my flat roof but am not sure if it's possible to construct one safely. My roof is a wide open flat surface built to be enjoyed as a rooftop deck with tufflex deck layer. I want to attach the posts directly to the roof (that seems the most secure) but I don't think that is possible due to compromising the integrity of the roofing layer (I assume it would require redoing the entire roof to create brackets that would be more properly sealed from leaking). On the other hand I'm not sure how to calculate if concrete blocks are enough to prevent it from flying away which would be catastrophic as it would fall 3 stories. Unfortunately there is no structure I can attach it to other than the ~4ft walls around the roof that are capped with a metal sheet.

Has anyone done this or do you have ideas on if it can be done safely? I was originally planning to just attach the pergola to concrete blocks but I'm worried about gusts of wind and have no insight on if this is safe or what amount of weight is needed to secure it. For the pergola frame I plan to use bamboo due to its light weight and strength: my idea is that the center of mass would be much lower using bamboo vs a traditional hardwood or even an aluminum frame. It would also put less load on the roof itself, but I sacrifice potential stability as cedar pergolas are 5x the weight I believe. 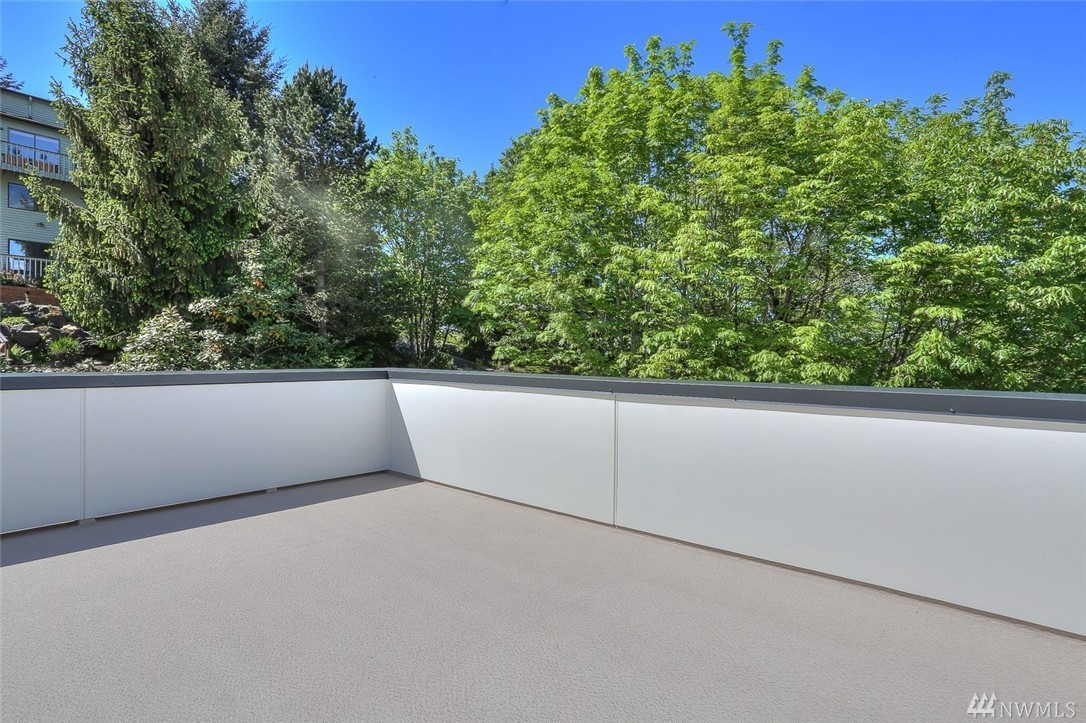 In summary, is it possible to construct a pergola on a flat roof safely given my constraints (roofing material, no obvious part of the house to attach it to, etc)?

Edit2: Added a more representative picture due to commentary

Yes, I’ve done this, but it was designed into the roof. That is to say, we tied into roof beams with round steel pipes. The pipes were bolted into the roof beams and extended up through the roof about 12” or so. We caped the pipes so they didn’t leak and then used “plumbing jacks” (like ones made for plumbing vents,) to keep the roof from leaking. We then bolted cross beams to the pipes for the gazebo floor and kept the floor off the roof about 6” or so for drainage and cleaning. We then installed posts and a roof. (The structural system used bolts not just nails.)

If you use your concrete block idea, be sure that the roof is designed to support that much additional weight. Remember, roofs are usually designed to just support snow loads not live loads with all your drunken friends celebrating your 30th birthday.

Wind factor increases the higher you go up. The effect of putting your gazebo on a three story structure means you’ll have significantly higher effects (lateral loads and uplift) of wind than one sitting on the ground.

BTW, if you’re creating a roof top gathering place, you’d better install a guardrail to keep your friends from wandering over to the edge and falling off. (Blood is difficult to get out of sidewalks.)

5
Can a flat and level roof be waterproof?
3
Can I reasonably build a pergola on top of an 8'x12' deck?
2
Lift existing roof frame to replace top logs in log home
0
How many and how heavy of container plants can a rooftop deck handle?
0
WaterProofing (and WeatherProofing) gaps in roof
1
Can I use LVL 2x4 outdoors (pergola roof)
0
Filling depression in a Flat Roof with Sand and Roofing Rubber?