Guidance please? Rewiring the light switch in an old bathroom house that I can't figure out for the life of me!

Not sure how best to word this without getting tedious. But this old house is such a pain. Basically I am trying to figure out how to rewire a light switch in a bathroom that used to control two separate bulbs on a bathroom ceiling. These lights were part of a recessed fixture that was part of an exhaust. The exhaust was on its own power supply and the two switches controlled two bulbs.

I hope the pics I took come through and that you can see them. The black wire from the Romex in the upper left hand corner is the only one that is hot (I used a voltage tester to confirm this). The Romex on the upper right and lower right don't activate my tester.

Not sure what other details I can provide. When the wires are all disconnected but the power to the circuit is "on" the black Romex at the ceiling is also hot.

Can anyone tell me how to rewire this so that I can get the light on the ceiling working? What was previously in the ceiling were these two recessed light bulbs that were controlled individually by two light switches which I removed and is what you see on the wall now. And now all I want to do is use one light switch to turn on one light fixture that I centered in the ceiling (pic provided).

Not sure if this is necessary but there is another light switch above the exposed plate in the photo I've provided. That one I can get to work but it will be designated for the new exhaust I will be installing that won't have a light fixture. 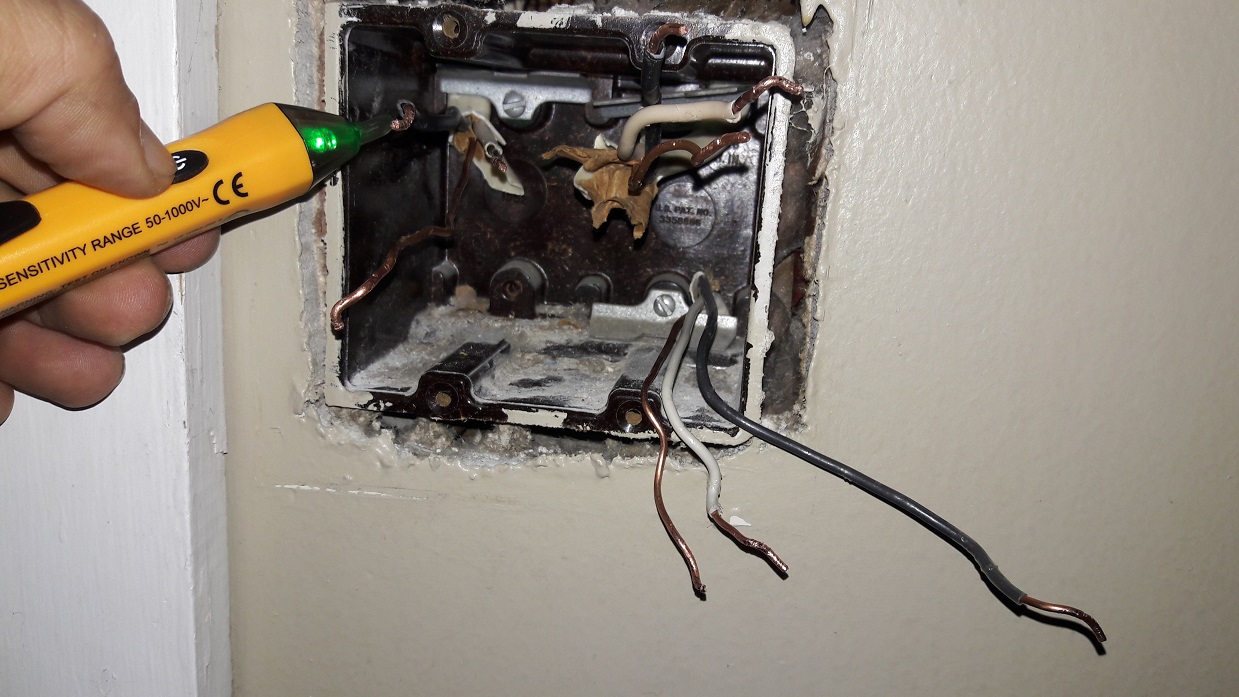 Last bit of possible useful info. The gauge of the Romex located in the bottom right hand corner of the switch box is noticeably smaller so I wonder if that was to control the second light which I am no longer using. 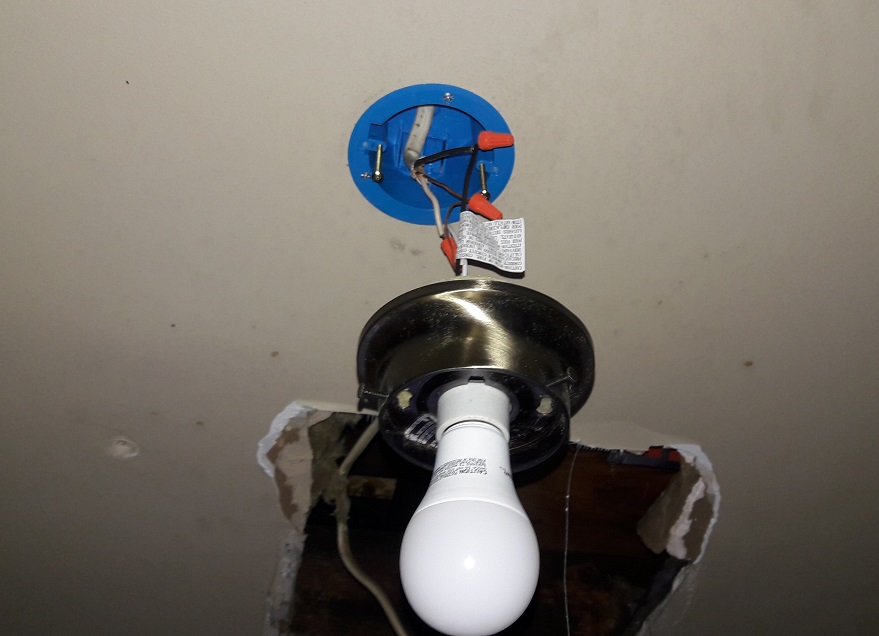 Hope to get some input, thanks.

You determine which of the two cables on the right is connected to the light.

Turn off the breaker to the line hot (cable on the left). Fasten the line hot to one pole of a simple switch, and fasten the black from the candidate cable (say the upper one on the right) to the other pole of the switch. (Keep the whites out of the way for the time being.)

To complete the job go turn the breaker off, fold the wires, and screw in the switch. Cap the wires to the other cable which is not going to be used. Put on a cover plate. Turn the breaker on and verify operation.

NB: You should really verify that the cable you have energized goes only to the light and not also to some other cable that should not be powered.

The most puzzling part about this situation is the statement, "When the wires are all disconnected but the power to the circuit is "on" the black Romex at the ceiling is also hot."

That can only indicate that there was originally a switch loop involved, which naturally implies that there had to be another Romex pair in the original light fixtures. You need to involve that set of wiring and it must necessarily be the opposite end of one of those sets of wires from the switch box.

1
How do I replace a strip light with wiring that doesn't match the old light?
0
Convert bathroom exhaust fan/light combo to light only with 3 way switches
0
Part 2 Another Question Regarding the Correct Wiring Involving a Light Switch and an Outlet
1
Extra wires in ceiling fan installation
1
3 Cables in Switch Box and Can't Figure it out
1
Rewiring light fixture and switch to bring neutral line to the switch: one 12/3 switch-leg vs two 12/2 wire to bring power to switch?
1
Standard floodlight problem
9
Light fixture wiring - black to black, or white to black?