Light fixture wiring - black to black, or white to black?

USA - I’m installing a new ceiling light fixture in a bathroom. The instructions (and every how-to video I watched) said to connect white to white (neutral) and black to black (hot). However, when I detached the old fixture, I found the opposite: the white wire was connected to black and vice versa. It’s been like that for years. Should I connect the new fixture the way it was previously, or follow the instructions? And what could potentially happen if I do it the wrong way? In case it matters: there is also another light fixture in the same room that is controlled by the same switch. First picture provided is the existing configuration. I stopped and left it the way it was because I wasn’t sure how to proceed.

EDIT: I have now added a second picture of the existing wiring at the switch. There are two switches at this box. The switch on the left controls a fan in the ceiling. The switch on the right controls the light fixture in question along with another light fixture. There are 4 sheaths coming into/out of the switch box, each of which has one black wire, one white, and one ground. I’m not sure which of these delivers power from the house, and which go out to the lights and fan. 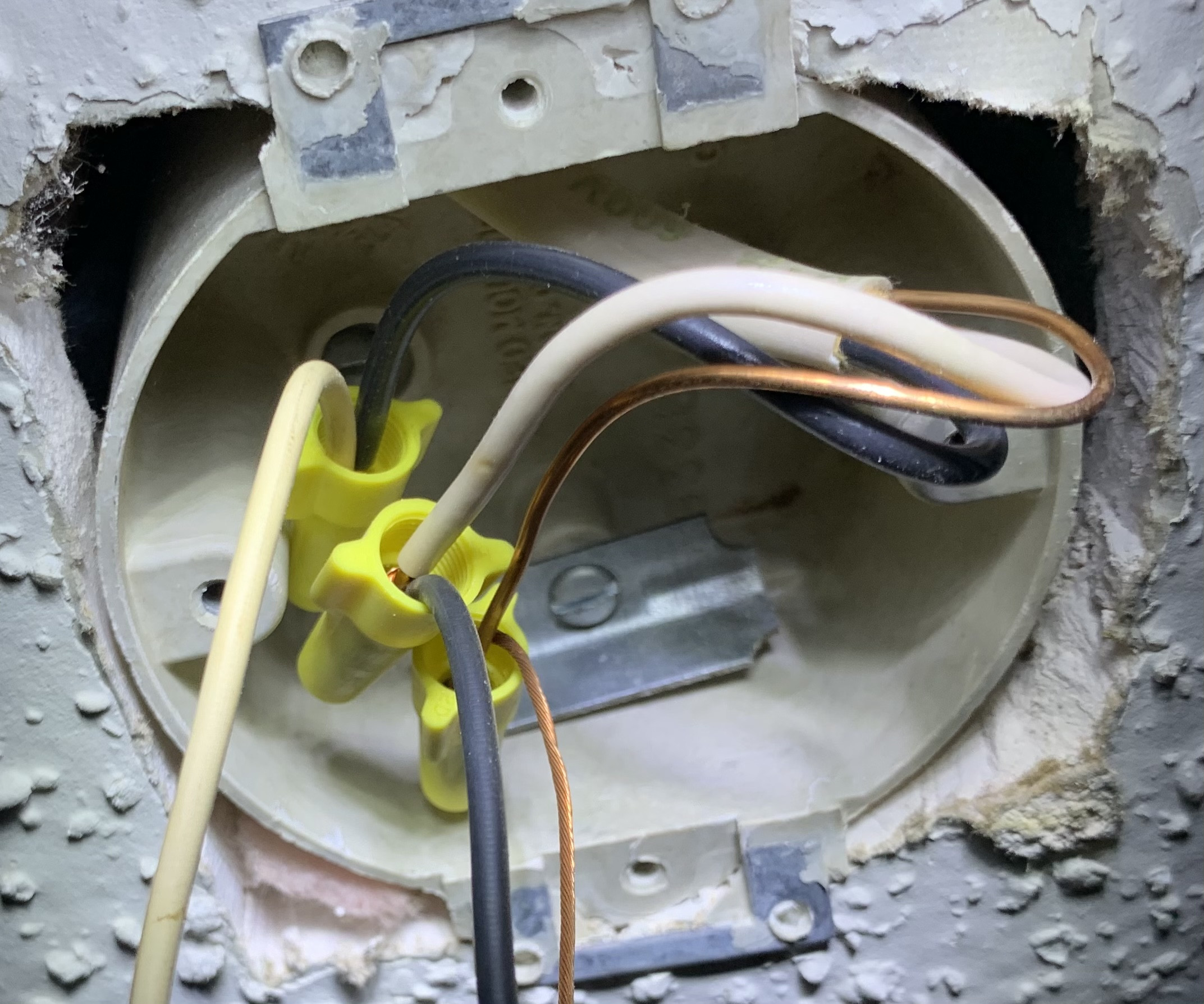 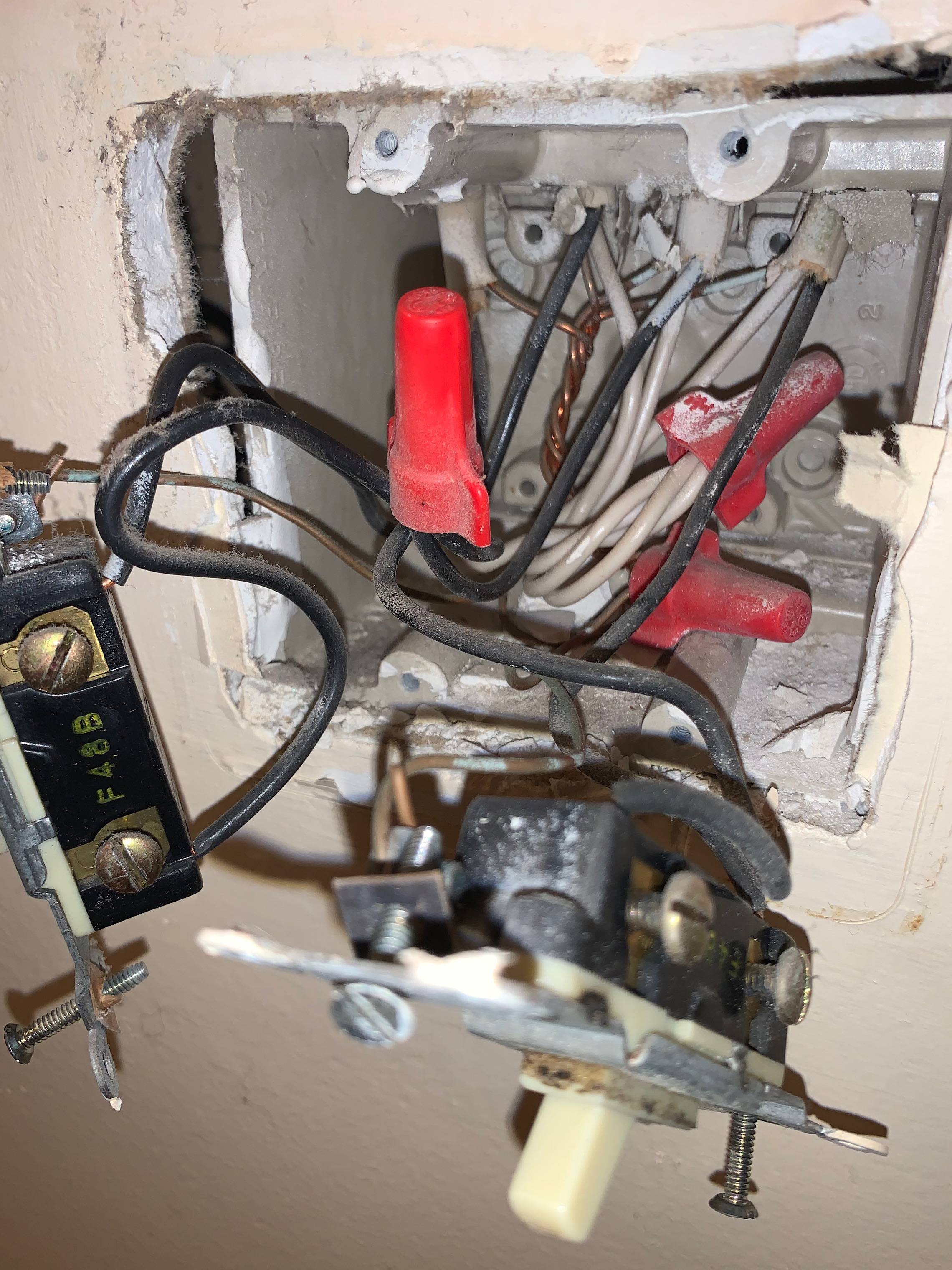 OK, I'm sure it's clear to you that the white should be connected to the white, and it should be the neutral.

But just switching the wires really is an incomplete solution, you know they did something wrong, but how wrong? At very least you need a tester to verify that the black is the hot and it is the switched wire. This can simply be done with a no-contact tester or with a volt meter with one lead connected to the bare ground and the other lead testing the black and white for voltage. The black should be the switched hot. If not then you need to at least trace the cable back to it's source, probably the other light, but possibly the switch. It is unlikely but possible that they could have run two switched cables from the switch, rather than one cable from the switch then one cable between lights.

If you find that the wires feeding the junction box are correctly polarized but the fixture is just connected wrong that really wouldn't give me peace, I wouldn't know if it was a single moment of inattentiveness or a pattern inability to follow safety codes. I would want to open the other fixture and probably the switch to verify correct connections. You could then post follow up questions if anything else looks awry.

Edit: After seeing your updated picture any talk about switch loops and white being marked and used for anything but neutral doesn't apply, which is good. But since you indicated there is another light on the switch that controls this light, and since the light shown is an end-of-line you still need to verify proper polarity of the wires feeding the light isn't reversed in the intermediate fixture. If you refuse to get a voltage tester a redneck method to verify the polarity at the end light would be to disconnect the white fixture wire from the black building wire, then connect the white fixture wire to the bare building wire. If the switch turns the light on then you need to take apart the other fixture and connect all wires color for color. If nothing happens when you turn the switch on then just connect color for color in that end-of-line j-box and you will be good to go.

An Edison bulb has a metal "tip" that is totally inaccessible once you start screwing it in. It does not make contact with the socket until it's screwed all the way in.

The socket's shell is attached to the white wire. If you connect that to neutral, then touching a bulb's socket while screwing it in will be harmless unless there's a wiring fault.

Of course if you connect the socket shell to hot, then if you forgot to turn the switch off, you can get nailed by your finger touching the shell as you screw it in.

There are two ways the house wiring can power a ceiling fixture controlled by a wall switch:

In the switch box the two wires (one black and one white were connected respectively to the two contacts on the switch so the white wire either carried the line hot to the switch or the switched hot to the fixture. In this arrangement there was no neutral in the switch box which was OK because the simple mechanical switch did not need one.

Nowadays it is required to have a neutral in the switch box (new construction only) so if the line hot enters in the ceiling, then a three conductor cable (black, red, white) would be required between the ceiling fixture box and the wall switch. The white would be neutral, and the red and black would carry the hot and the switched hot and be connected to the two connections on the switch.

The white neutral would only be connected to the switch if the switch was one which consumed power, e.g., an electronic timer or a smart switch.

Not the answer you're looking for? Browse other questions tagged electrical wiring bathroom light-fixture or ask your own question.

1
Replacing ceiling fan with regular light and new fixture won't shut off
3
Wiring a ceiling fan with black, white, red, green in ceiling box and two wall switches
12
Wiring IKEA light fixture into old fixture
2
How can I get this light fixture to light up?
0
Old light fixture has 3 sets of black, white and copper. It keeps tripping breaker when installed. Not sure what to do
0
Capping light fixture box with two white and two black wires
5
Light box with one black, a two-black-one-red bundle, and a three-white bundle connecting to fixture with one black and one white