What can be done about this unattractive dryer vent?

The house I bought has dryer vent that runs from the dryer into the ceiling. Besides being an eyesore it is also loose/flimsy. 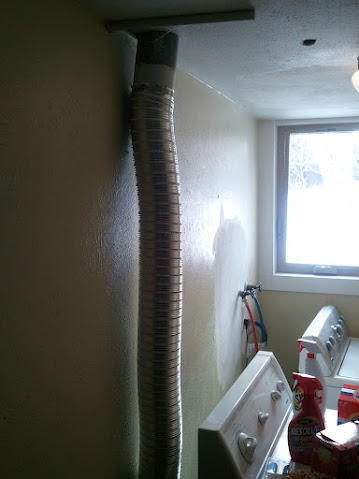 I'm redoing the laundry room and would like to make this more attractive. So far I've thought about enclosing vent in drywall. I'd appreciate any ideas. As a side note, I think it must vent through the roof because I can't find any air movement around the house while the dryer is running.

Before you do anything, you must figure out where it goes. It really has to vent outside. If it vents into the attic, you are going to have serious issues, including the potential of mold and rot as the hot, moist air is vented into an unconditioned space. It is (usually) against building codes to vent into the attic for this reason.

If it is venting through a roof or soffit vent, or out a wall, you're probably okay. It's best to keep runs as short as possible and with as few bends as possible. Dryer lint building up in the pipe can pose a fire hazard, so the shorter and straighter it is, the less chance there is to have anything build up, and the easier it is to clean out if needed.

Assuming it's vented properly, then I think boxing it in with drywall is a great way to go, and in fact is exactly what I did (in the corner): 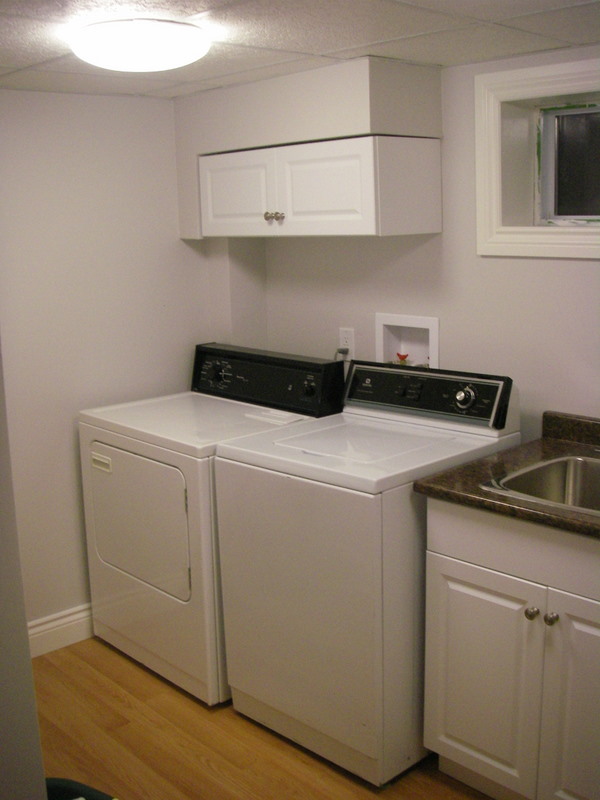 You should also consider an in-line lint trap (I probably would have put one in if I knew about them): 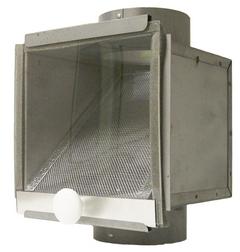 I'd also recommend using straight vent pipe where possible, as it is smooth inside which reduces the opportunity for lint to attach and block the pipe. The rigid stuff you have is alright (way better than the white plastic crap) but it is still ridged inside. 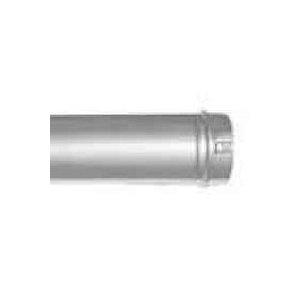 Greg has a good answer. However as an alternative and something people can do in less attractive rooms (think basement) -

Not the answer you're looking for? Browse other questions tagged vent dryer exhaust-vent or ask your own question.

7
What should I consider when cutting a dryer vent hole?
4
How can I access the lint duct assembly of a Maytag Centennial dryer?
2
Can I clean my under-the-floor dryer vent?
0
My dryer vent was setup to go thru the wall, up 2 stories, to my roof
3
Adding exhaust fan to semi-rigid dryer duct
2
Position of dryer vent relative to gas meter and furnace intake
1
Can dryer ducting be placed near gas line?
1
Dryer vent through band joist between 1st and 2nd floor